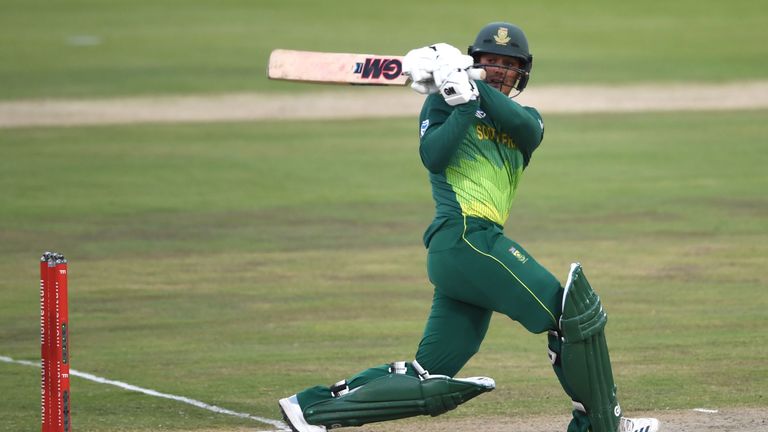 Quinton de Kock helped South Africa to a 3-2 ODI series victory over Pakistan with a quickfire 83 in Wednesday's decider in Cape Town.

The left-hander, caught off an Usman Shinwari no-ball on 12, hit his 18th ODI fifty as the Proteas passed Pakistan's 240-8 with 60 balls remaining to triumph by seven wickets - Rassie van der Dussen with the match-winning six.

De Kock nailed three sixes and 11 fours in his 58-ball knock before he was caught off Shinwari, leaving skipper Faf du Plessis (50no) and Van der Dussen (50no) to steer South Africa to a fourth straight ODI series success, following wins over Sri Lanka, Zimbabwe and Australia. 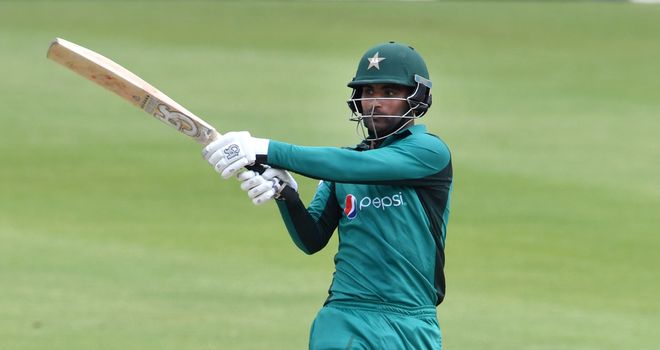 Fakhar Zaman top-scored for Pakistan with 70 from 73 balls - his innings, which featured 10 fours and saw him dropped on 20 by Hashim Amla at slip, taking the tourists to 128-3 in the 25th over at Newlands.

However, the opener's dismissal - he was caught by Imran Tahir off Andile Phehlukwayo (2-42) at deep fine leg - derailed Pakistan, who mustered just 49 runs from the next 15 overs. 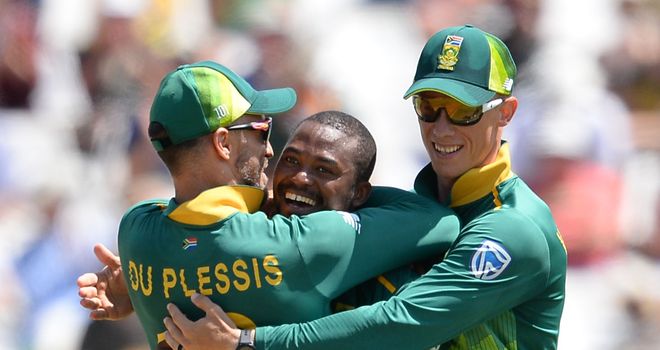 De Kock was given a lifeline early in South Africa's reply after slicing to cover, with Shinwari - who bagged 4-35 in Johannesburg on Sunday as Pakistan levelled the series - having overstepped.

The 26-year-old brought up his fifty from 42 balls and looked primed for a century until he picked out substitute fielder Hasan Ali in the deep.

Du Plessis and Van der Dussen subsequently shared an unbroken fourth-wicket stand of 95 - Du Plessis notching his 31st ODI fifty before Van der Dussen picked up his third with the final shot of the game, over mid-off.