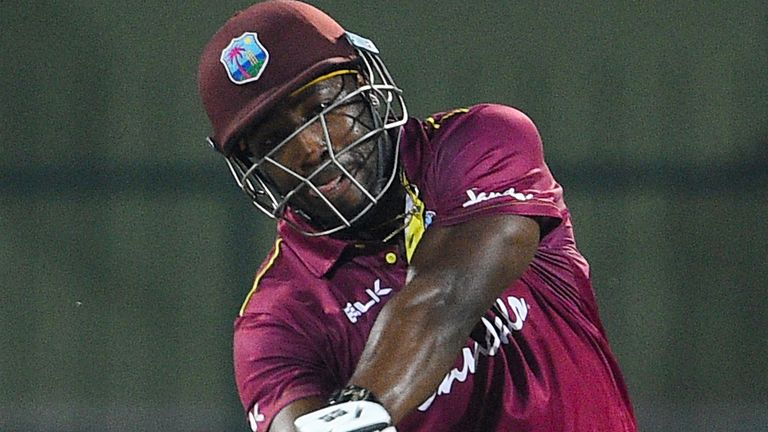 Russell thrashed an unbeaten 40 - including six sixes - from just 14 deliveries as he and Shimron Hetmyer (43 not out) put together an unbroken partnership of 55 to see their side home with three overs to spare.

Sri Lanka, who struggled to 155-6, were never really in the game and were also hit by injuries to Kusal Perera and Wanindu Hasaranga inside the first three overs of the visitors' run chase. 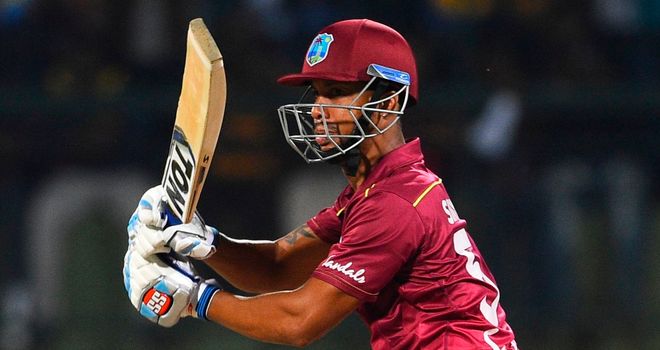 West Indies put their hosts in to bat and paceman Oshane Thomas - who had taken five wickets in the first match of the series - made the initial breakthrough by bowling Avishka Fernando (9).

Shehan Jayasuriya (16) and Kusal Perera (15) made steady progress, guiding Sri Lanka to 48-1 in the seventh over before spinner Fabian Allen (2-24) dealt the innings a significant blow, dismissing both batsmen with successive deliveries.

Fate seemed to be firmly against Sri Lanka, with Kusal Perera forced to hand over the wicketkeeper's gloves to Niroshan Dickwella after injuring his finger taking the first ball of the visitors' reply. 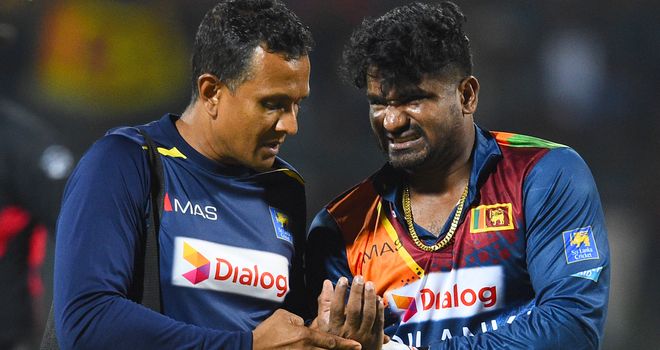 Hasaranga followed him off the field in the third over with a suspected hamstring strain as he chased a drive from Brandon King, who launched a frenzied assault with 43 from 21 balls.

The opener hammered Lasith Malinga for successive sixes and looked well set for a maiden T20I half-century when he miscued a short ball from Lahiru Kumara to mid-on.

But Russell extinguished any faint hopes of a Sri Lanka recovery, blazing Kumara for two sixes in as many balls and finishing the match off with another enormous maximum off Angelo Mathews.