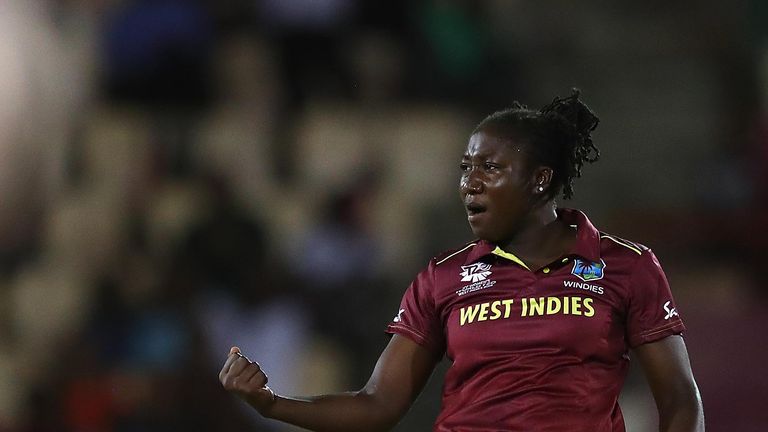 Defending champions the West Indies beat South Africa by 31 runs to seal their second win of the Women's World T20.

The hosts reached 107-7 from their 20 overs, before their captain Stafanie Taylor starred as South Africa were bowled out for 76 in the 19th over.

A slow start saw the Windies struggling on 31-4 by the end of the eighth over, with South Africa captain Shabnim Ismail taking three wickets, including Taylor for a duck.

But Kycia Knight and Natasha McLean helped pulled things back with 60 runs off 60 balls between them.

South Africa's innings saw them lose nine for 28 as Taylor claimed a career-best 4-12 from 3.4 overs.

The win sent the Windies to the top of Group A, with England in second place.