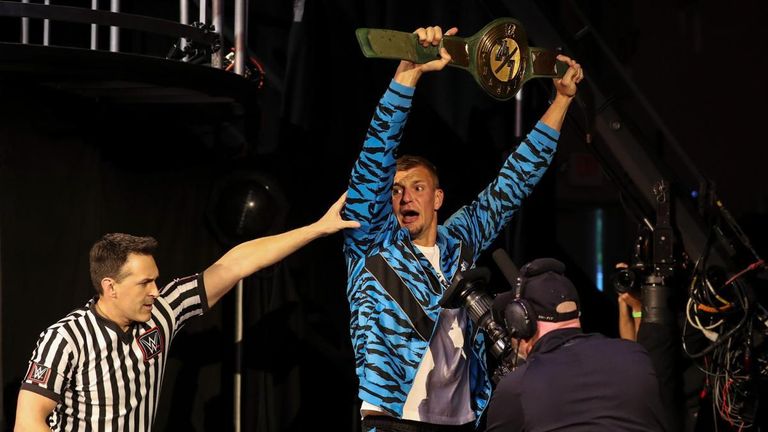 The event was held on a closed set with only essential personnel due to the coronavirus pandemic.

Gronkowski, who won three Super Bowl titles with the Patriots and was the host for Wrestlemania 36, jumped off a balcony landing on several wrestlers, including his friend Mojo Rawley.

He got up and pinned Rawley - who had only won the title on Saturday after pinning R-Truth in a sneak attack - to become the latest WWE titleholder.

Gronk announced his retirement in March 2019 after a nine-year career.