The first four races were scheduled for weekend of March 6 and 7 but were postponed when Auckland went into lockdown; race one between Emirates Team New Zealand and Luna Rossa Prada Pirelli now set for March 10; follow all the action live on Sky Sports

The 36th America's Cup will begin with the first two races on March 10, after the New Zealand government announced the strict coronavirus lockdown in host city Auckland would be eased on Sunday morning.

The first four races in the contest for the oldest trophy in international sport were scheduled for Saturday and Sunday in Auckland but postponed after the New Zealand government announced the seven-day lockdown on the city last weekend.

"The highly anticipated Race 1 of the 36th America's Cup Match will start ... on Wednesday 10th March after the government announced a reduction in alert levels today," race organisers said in a statement.

The best-of-13 match between holders Emirates Team New Zealand and Italian challengers Luna Rossa Prada Pirelli will continue with two races on Friday, March 12 and every day thereafter until a winner is decided.

Auckland will still be at level two of New Zealand's four-stage alert system from Sunday, which means racing will only be allowed on two of the five courses in the Hauraki Gulf and there will be no big screen broadcast of the races in the city.

Should the government subsequently drop the city to alert level one, then the other courses will be allowed to host races and big crowds can be expected on the shore.

The Italian team, who held a 4-0 lead at the time, opposed pushing back the races until the restrictions in the city were lifted. 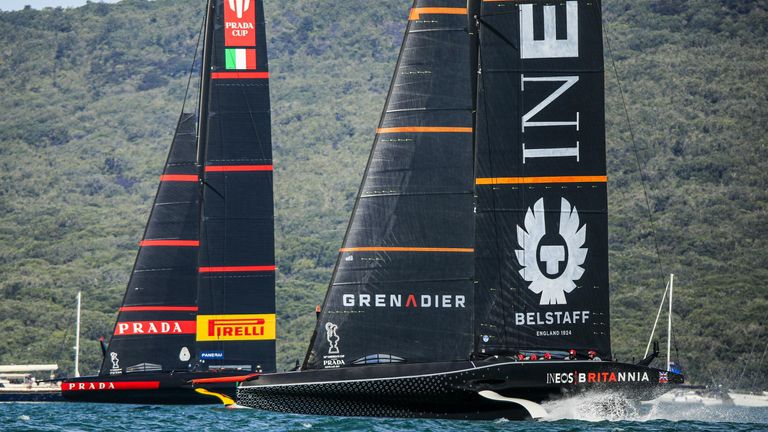 Friday's government announcement that the rest of the country will drop to level one from Sunday morning means a crowd will be allowed for New Zealand's fifth and final Twenty20 cricket match against Australia in Wellington later that day.

Fans were not allowed into Wellington Stadium for the third match of the series on Wednesday and again for Friday's fourth contest in the capital.

The Canterbury Crusaders' first home Super Rugby Aotearoa match of the season was also moved from Saturday to Sunday in anticipation of restrictions being eased, allowing a crowd at Christchurch Stadium.