The 36th America's Cup Match starts on Wednesday, live on Sky Sports. The winner will be the first team to score seven points, two races will take place on each race day and one point is awarded for each race victory

The 36th America's Cup Match starts on Wednesday. Every race day will be shown live on Sky Sports and here's everything that you need to know about the duel for the oldest trophy in world sport.

The America's Cup was first contested in 1851, which means that it pre-dates the modern Olympic Games by 45 years.

In 2017, after a 7-1 victory for Emirates Team New Zealand over Oracle Team USA, the New Zealand outfit became the defender and following their PRADA Cup triumph over Britain's INEOS TEAM UK, Luna Rossa Prada Pirelli are the 36th challenger.

As both teams prepare to take to the water, we take a look at Emirates Team New Zealand and Luna Rossa Prada Pirelli in detail, and also look at what makes this such captivating competition.

Just before Christmas, Emirates Team New Zealand, INEOS TEAM UK, New York Yacht Club American Magic and Luna Rossa Prada Pirelli all took to the water and raced against each other for the first time.

Emirates Team New Zealand, being the defender of the Auld Mug, then sat back and watched the other three take part in the PRADA Cup Challenger Selection Series. This was the series that whittled the field down from three challengers to the one who would take on the Kiwis in the final America's Cup Match.

INEOS TEAM UK initially won the PRADA Cup Round Robins and progressed straight into the PRADA Cup Final, before New York Yacht Club American Magic came back from a dramatic capsize to take on the Italians in the semi-final.

Luna Rossa Prada Pirelli dismissed them, and then INEOS TEAM UK in the PRADA Cup final, to reach this America's Cup Match.

The last time that Luna Rossa Prada Pirelli and Emirates Team New Zealand raced against each other was during those warm-up races in December, since then neither have been allowed to be on the water at the same time.

Both have had extra time to think about their race strategies and tactics, after Auckland's recent COVID-19 lockdown.

The 36th America's Cup Match will take place across the Waitemata Harbour and Hauraki Gulf in New Zealand.

When racing commences, Auckland will still be at level two of New Zealand's four-stage alert system, which means racing will only be allowed on two of the five courses in the Hauraki Gulf and there will be no big-screen broadcast of the races in the city.

There will be two races per day. Every individual race victory will earn the winner a point, and the first team to reach seven points will be declared the winner of the 36th America's Cup Match.

The race courses are about 3km in length and around 1.5km wide. They are windward-leeward courses, which means the AC75s race directly into the wind and then away from the wind.

"This is the new era of the America's Cup, where we're not floating, we're flying." David 'Freddie' Carr of INEOS TEAM UK said earlier in the campaign about the AC75 boats which are being raced.

AC75s are 75ft foiling monohulls and they have the ability to fly, as seven tonnes of boat launches up above the water and accelerates out to speeds of around 60 miles per hour.

"We use the same technology as an aircraft but our wings, or hydrofoils, are under the water," Carr said.

"As an aeroplane would use the wind moving over the wings to generate lift, we use water over the hydrofoil to release the hull and get the boat out of the water. The design and shape of the hydrofoil is key to the boat's performance."

You are doing 50 knots across the water, supported by something the size of an ironing board which is keeping you foiling. When you put it like that, it's absolute nonsense really, isn't it? But, its good fun...

So, a key question is how on earth you get a seven-tonne boat to lift up out of the water in the first place? In the same way that a plane has to get up to speed before it takes off, an AC75 needs to reach about 14 knots in order for the foils to get the force required to lift the boat up.

"The 87ft main sail provides the thrust to get us going," Carr explained. "It uses forces in the same way as an aeroplane would, but it's stood upright,

"The wind passing over it provides the forward motion and when the boat reaches speeds for around 14 knots, the hydrofoils kick into action and foiling occurs.

"In short, in a race scenario, the earlier you foil, the higher your top end speed and the greater the chance you have of winning that race." As the defender, Emirates Team New Zealand were the ones to set the parameters for this America's Cup contest, with consultation from the Challenger of Record, and they also decided upon the venue.

There has been a Kiwi presence on the start line of the final America's Cup Match at six of the last seven races and they have won the Auld Mug three times previously in 1995, 2000 and 2017.

Emirates Team New Zealand have their winning skipper Peter Burling back for more and his working relationship with the team's flight controller Blair Tuke is an outstanding one. 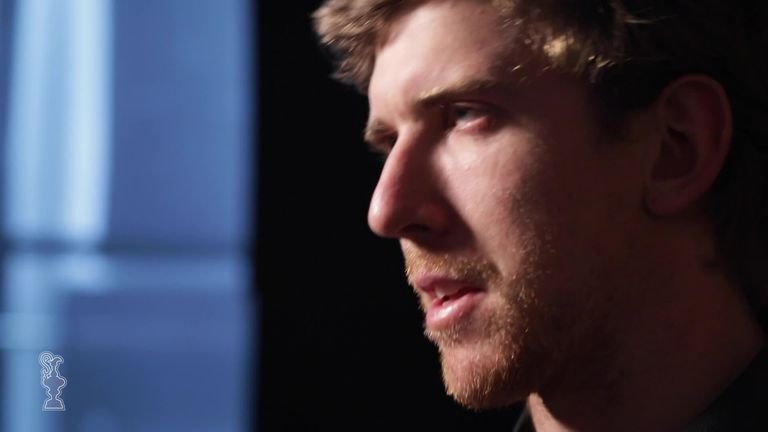 Expert view from Stevie Morrison, the Olympic sailor who competed at both the 2008 Beijing Games and 2012 London Games, in the 49er class: It's hard to not put too many compliments their way! This is the longest-standing team, they developed the AC75 class rule and they're sailing on own their own waters!

Burling is one of the sport's leaders and the unit of Burling, Tuke and Glenn Ashby is an incredibly talented one. It's one that's so comfortable together, particularly in the case of Burling and Tuke. The team's second race boat is an aggressive design and when they've been out on the water, their manoeuvring has looked fluid. "At the moment I'm nothing," he said. "I won with another team which is great, but to be real and to be a real winner, I want to win with Luna Rossa."

On top of Sirena's desire to win for his country, the chairman of Luna Rossa Prada Pirelli Team - Patrizio Bertelli, CEO of Prada - he has been trying to win the Auld Mug since 1997. After their PRADA Cup victory, Sirena made it clear that his team need to improve in every department if they're to beat the Kiwis and co-helmsman Jimmy Spithill will be drawing on his experience to help them do that.

In 2017, Spithill was at the helm of Oracle Team USA's when they were beaten 7-1 by Emirates Team New Zealand in the 35th America's Cup Match. Needless to say, he feels like he's got some scores to settle.

"There have been some tough days since Bermuda, there hasn't been a lot of sleep," the ultra-competitive Australian said about the experience. "I've honestly thought about it every day. It's been one of the motivating factors.

"I'm very, very thankful for the opportunity that I've been given with this team and I'm very honoured to have been accepted into the Italian team. It's an amazing group and I'm going to do every single thing I can to get us as many wins as we can in this Cup."

Expert view from Stevie Morrison: The Italians have a great history in this competition. They've brought in Jimmy Spithill as a helmsman and his involvement is huge for this team.

Spithill has already won the Cup twice, once alongside Sir Ben Ainslie during Oracle Team USA's remarkable comeback in Bermuda. He's a huge character, who is known as the 'Pitbull', and he's a great match racer.

Watch every moment of the America's Cup challenge, live on Sky Sports. Coverage continues with the first race in the 36th America's Cup Match on March 10.