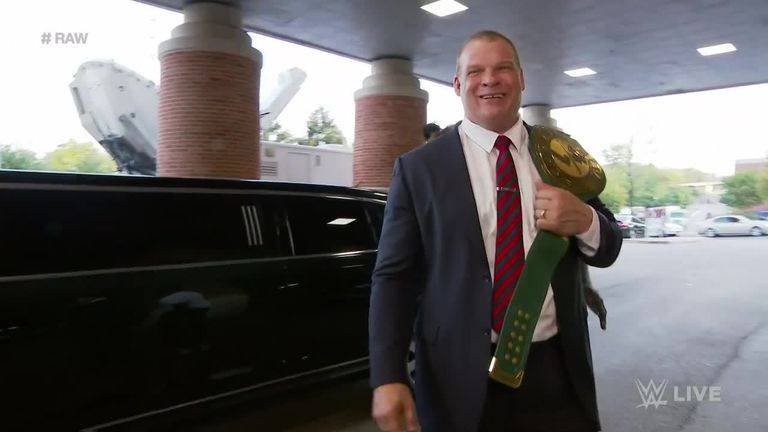 Kane's Monday may have ended on a brutally sour note, but earlier in the day he added a new championship to his list of career honours.

Better known these days as Glenn Jacobs, the mayor of Knox County, Tennessee, the (still very) Big (but now not actually) Red Machine was only too happy to give R-Truth a guided tour of the best Knoxville has to offer.

During a trip to The University of Tennessee's Neyland Stadium, Jacobs seized his moment - after Truth had run into a goalpost and knocked himself out - to pin the 24/7 champion and bag the title.

Technically, that now means Kane has competed in a match in every year since 1995 and has added another entry into his long list of career accomplishments.

"I still got it," was the roar from the mayor as he exited the stadium - although he would only have the 'it' of the title for a few more hours.

Truth hid on top of the limo which took Jacobs to Monday Night Raw and slid off it before rolling him up to recapture the belt and begin his 16th reign.

Click on the video above to watch all of this drama unfold and don't forget to catch the repeat of Raw every Tuesday at 9pm on Sky Sports Arena.