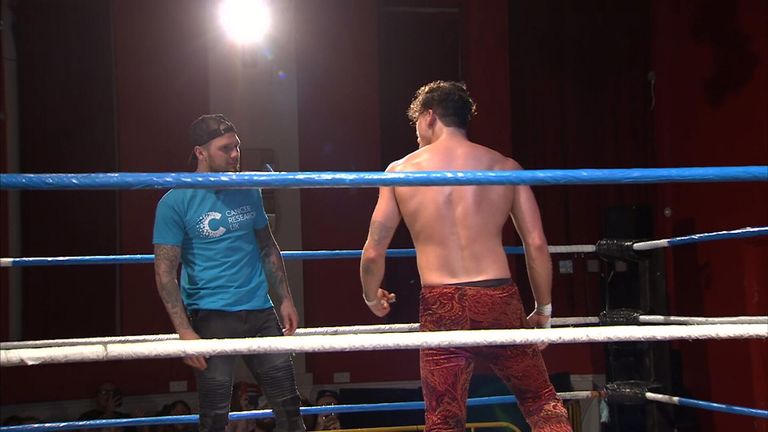 Ipswich striker James Norwood made his debut in a wrestling ring on Wednesday - with a tribute to WWE legend The Rock.

Norwood - who earlier this month spoke to the Sky Sports WWE podcast about his WWE fandom after his wrestling-themed goal celebrations went viral on Twitter - injured his groin in the Tractor Boys' 1-0 win at Milton Keynes Dons 24 hours before he was due to make his in-ring debut.

But that did not stop him from acting as the 'special guest enforcer' for a match on the IPW charity card.

And, in the tradition of all great special guest enforcers, Norwood made his presence felt by getting involved in the action, with a special tribute to his favourite wrestler of all time, The Rock.

Click on the video above to hear Norwood speak about his in-ring debut and to see him pay tribute to his hero with a Rock Bottom!