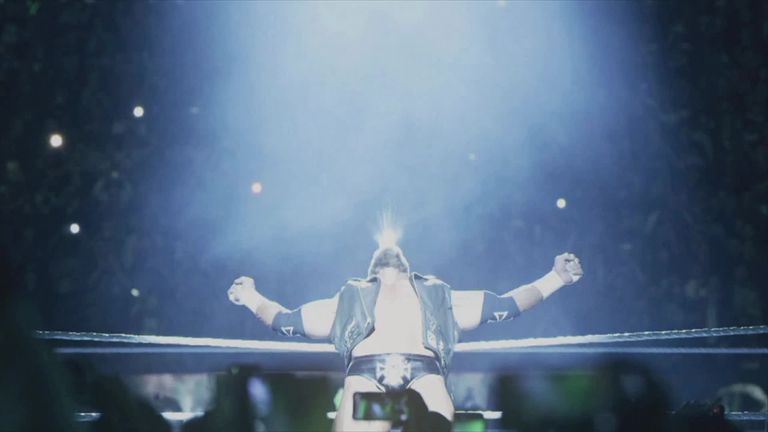 The new dawn kicks off with a major bang this week with Brock Lesnar challenging Kofi Kingston for the WWE title and Shane McMahon facing Kevin Owens in a ladder match in which the winner will get to fire the loser from WWE.

There will also be an epic tag-team match between the Four Horsewomen with Sasha Banks and Bayley taking on Charlotte Flair and Becky Lynch.

The action takes place live from the Staples Center in Los Angeles on Sky Sports Arena at 1am on Friday night, with repeat viewings also available through Sky Go.

The full two-hour offering is repeated in full every Monday night at 11pm, providing the perfect warm-up for the 1am live broadcast of Raw which will follow immediately afterwards.

The Fiend challenges Seth Rollins for his Universal title and Becky Lynch puts the Raw women's crown on the line against Sasha Banks with both matches inside the Cell.

But with Raw and SmackDown still to come before that event there is plenty of opportunities for twists and turns - and you won't miss any of that action with Sky Sports.