Tyson Fury says he would beat Brock Lesnar in 30 seconds

Tyson Fury is confident he could beat Brock Lesnar inside 30 seconds - "in a WWE match or a proper fight".

The British heavyweight boxer recently enjoyed a successful one-month spell in WWE, culminating in a win over Braun Strowman at Crown Jewel on his professional wrestling debut.

Fury's next assignment is expected to be a rematch with Deontay Wilder on February 22 as he returns to the world of legitimate combat following his brief time in sports entertainment.

In an interview with the True Geordie podcast, Fury suggested he could make a return to WWE in a match against current Raw champion Brock Lesnar - but that the showdown could also take place in a non-scripted situation.

"I fancy a fight with Brock, for sure," he said. "I watched a few of his fights. [He's] pretty handy, but I can flatten him. In a WWE match or a proper fight, I can flatten Brock Lesnar in 30 seconds." 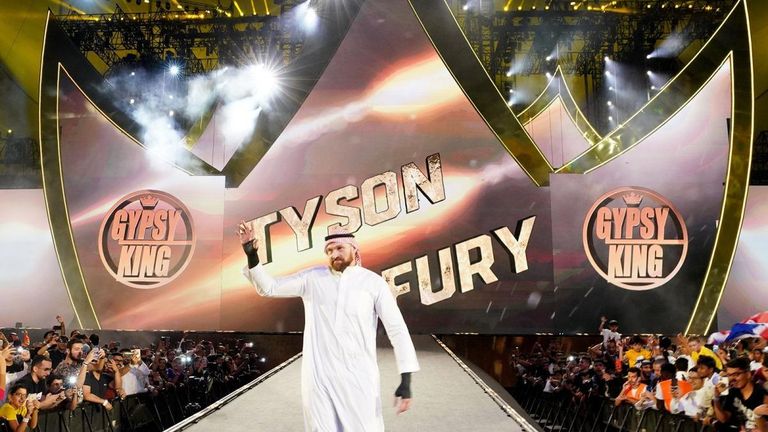 Fury's WWE adventure was a success in terms of raising his profile in the United States and bringing added publicity to the world of wrestling, although it was not a move welcomed by everyone.

But Fury said: "Frank (Warren), along with everyone else in my team, was like 'concentrate on your job, you are not a showman or a movie star.

"He said you could get injured and what happens if the cut re-opens or if you get injured shoulders. If we lived our lives on 'what if' we would never do anything. These are once in a lifetime opportunities."