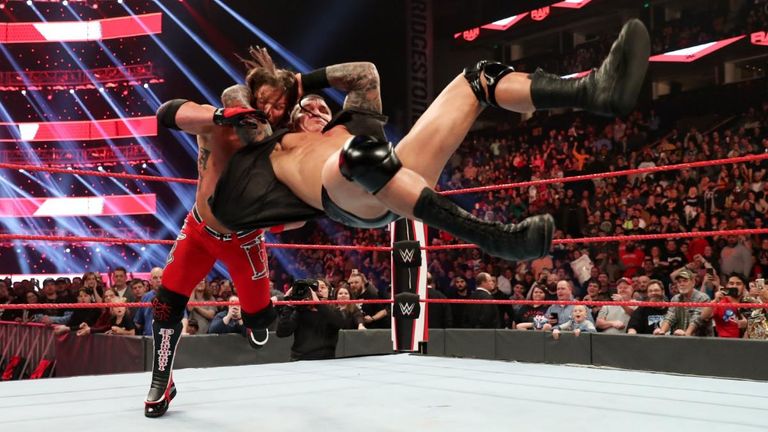 In what could be the first shot fired in a battle between two of WWE's biggest stars, Randy Orton delivered an RKO on AJ Styles on Monday night's Raw.

Orton has been a target for Styles and his OC colleagues Karl Anderson and Luke Gallows in recent weeks and that was again the case after their six-man victory over Rey Mysterio, Humberto Carrillo and Ricochet.

The OC made it very clear that they wanted to send a message to Orton but it was The Viper who got the last word on the self-styled "official, original, and only club that matters".

Styles himself got the win when he hit Ricochet with a breathtaking avalanche Styles Clash but his celebrations were cut short.

Orton slithered into the ring and struck with an RKO, standing tall as Raw went off the air and making sure that his name will remain on Styles' lips - and, most likely, in his head. 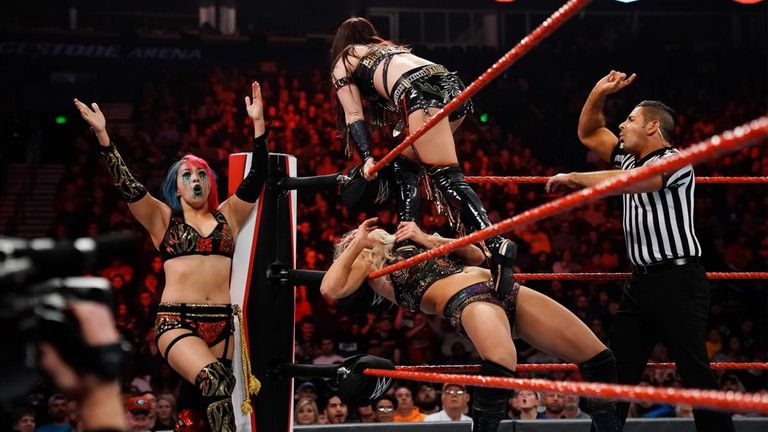 Charlotte Flair will surely be considering recruiting some kind of back-up in her ongoing war with the Kabuki Warriors after losing to the tag-team champions in a two-on-one handicap match.

Flair was focused on Asuka in the deciding moments, looking to serve up some payback to The Empress of Tomorrow for spraying her twice in two nights with the green mist.

But while The Queen applied the figure eight leglock to her longtime rival, she completely forgot about Kairi Sane, who had tagged in and soared with an InSane Elbow as Charlotte applied the submission hold to flatten Flair for the win. 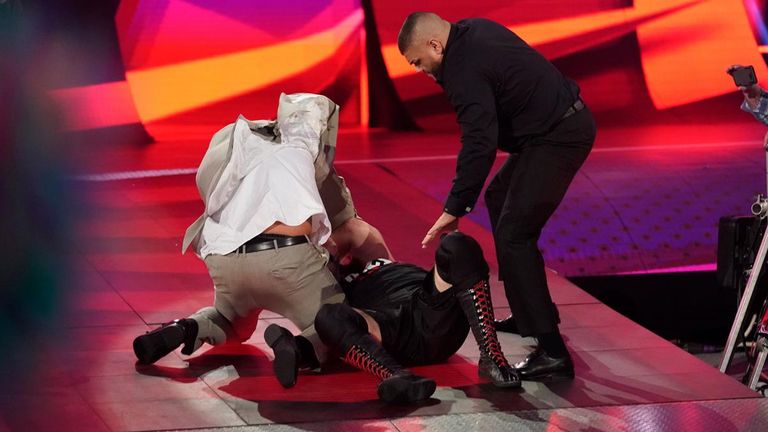 Seth Rollins' apology to the Raw locker room for his harsh words last week was not exactly successful, with Kevin Owens arriving on the scene to accuse Rollins of setting AoP on him last week.

Rollins denied that accusation but AoP again appeared, this time turning down the chance to take on Owens in what would presumably have been a handicap match. 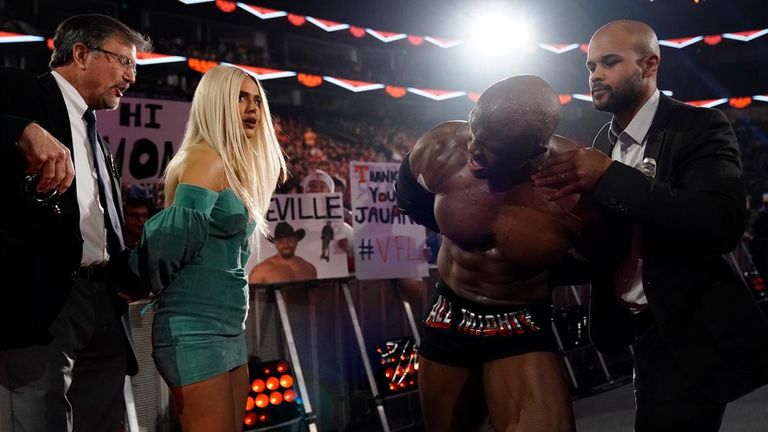 Owens did get his desired match later in the evening, taking on Bobby Lashley in an impromptu match after a backstage confrontation.

Technically, Owens won that bout by disqualification after being attacked by AoP but the drama did not end there, with Rusev laying out Lashley, who was then arrested - along with Lana.