Paul George is the key ingredient for the LA Clippers as they prepare for the resumption of the NBA season and aim for the NBA title, says Sky Sports analyst Mike Tuck.

All this extra time he has had to rest will hopefully see him back at 100 per cent when the season resumes. 'PG', when healthy, could be the key ingredient the Clippers need to get to the championship and potentially take home some silverware. 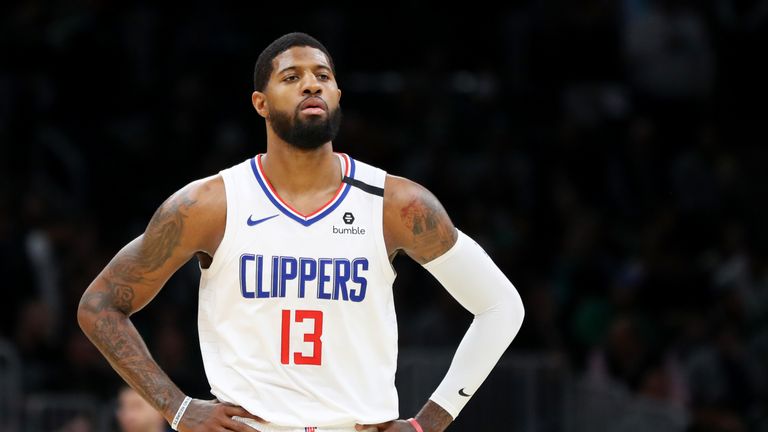 If you rewind back to his Indiana Pacers days, we have seen what he can bring in a playoff scenario. And that was as the No 1 guy on the team. The Clippers have a one-two superstar punch with Kawhi Leonard and George. He can only add value to what Kawhi is doing on both ends of the floor.

For the last two years, George has struggled in the playoffs and looked like he was on his last legs having given everything all-season long. Fingers crossed, with the extra time he has had to recover, he will be raring to go in Orlando. This will be the first playoffs in three years that he will be at 90-95 per cent going into the postseason.

Leonard has shown he has the ability to put a whole team on his back and George is the type of competitor who is not going to back down from anybody. Clippers coach Doc Rivers know what he is going to get from those two guys. Underneath them, if the roles are clearly defined, you are going to see a solid Clippers team.

We haven't had a consistent look at the Clippers at full strength at any point this season. George and Leonard's respective loads were managed then the team made roster changes. But when the two superstars did play together, it looked great. The chemistry looked like it was working. 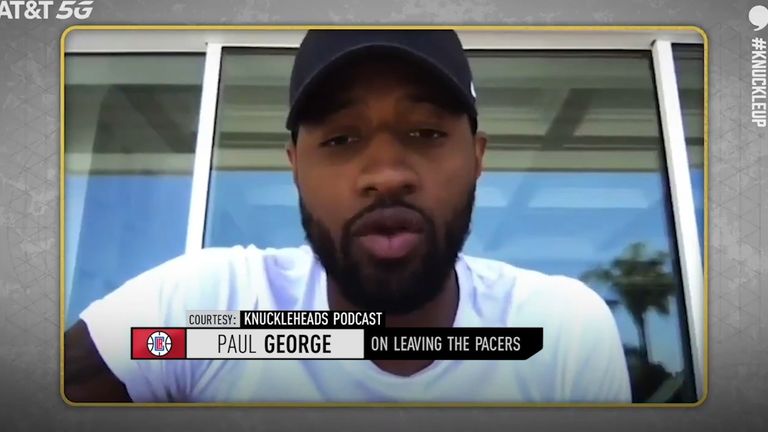 If George and Leonard stay healthy and the supporting players embrace defined roles, the Clippers are a team good enough to take down the Lakers or any other team.

With Avery Bradley opting out of playing in the bubble, the Lakers were on the hunt for a combo guard to replace him at the shooting guard position - someone who can move the ball and score when he needs to. JR was available - we have been waiting all season for him to get signed. He is a 'gym rat' and we have seen on social media he has stayed ready.

I thought the Lakers may have signed Smith a lot earlier in the season given his track record and his history of playing on teams with LeBron. JR knows how to play with LeBron and LeBron knows what he is going get out of JR, even if he knows Smith is capable of having the odd mad moment.

Smith does so many good things on the floor and I feel the Lakers really lucked out in getting him. He is an instant offense guy, he is not afraid to shoot the ball and, with Rajon Rondo also out injured, he will be a great fit. Smith can create for himself and for others. I think the Lakers will bring him off the bench in a sixth man role. He can knock down shots from range and really spread the floor for AD and LeBron.

Can Smith still produce at 34 years of age? Today's 34 is not the same as being 34 a decade ago. Smith has stayed ready and he is professional enough to know he must come in with the right mentality and in the right shape. He is not as athletic as he used to be but he is strong. I think he will be solid on defense, although the Lakers will have to manage his minutes.

The Lakers are looking like the titles favourites. They are a scary team right now.

Jokic has been making headlines thanks to the pictures of him on social media showing his dramatic weight loss and then him testing positive for the coronavirus.

Judging by those pictures, he has had a huge makeover! He looks like he has really, really dropped some weight and has been really locked in on his diet, fitness and training regime. On that score, it looks like the hiatus has been really beneficial for the big man. Dropping the weight will make Jokic more mobile. Getting up and down the floor will be easier. As the Nuggets' centrepiece, he is so crucial to the flow of their offense and them putting the ball in the basket. Jokic has an elite set of skills that we have not seen from a big man in a long time. If he can match that up with elite fitness, he is going to be tough to stop.

Are there any negatives to Jokic's weight loss? No, he's still a big boy! Although he can bang around in the post, he does his work all over the court. He is not one of those rim-running guys going from under the basket to under the basket just banging and banging. The weight loss is going to make him much quicker than the guys trying to defend against him. 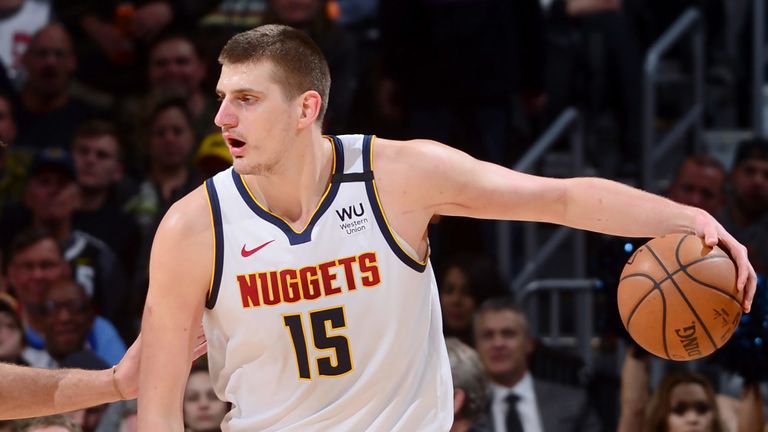 Can the new 'skinny' Nikola Jokic help take the Denver Nuggets all the way to the NBA Finals?

Now they have a streamlined Jokic, what I want to see is the pace of the Nuggets' offense pick up. I want to see their points per game, passes, touches all increase. They could really speed things up now and Jokic is the key for the team. He is not a selfish guy, he is a pass-first big who wants his guys to score and succeed. There will be more opportunities for Jamal Murray, Michael Porter Jr and the rest of the team.