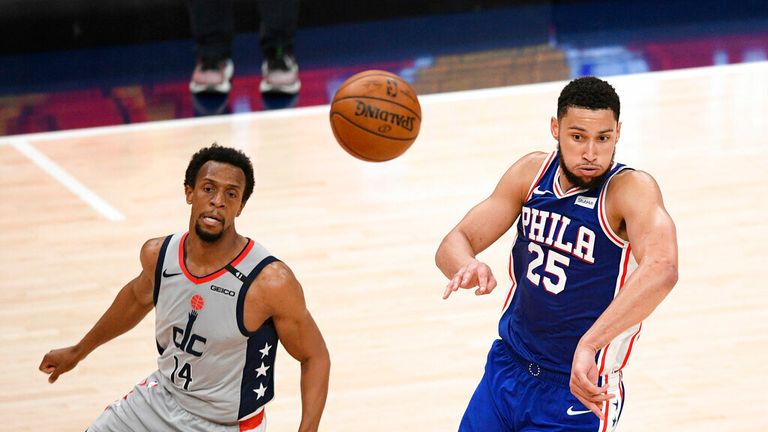 Joel Embiid scored 36 points before sitting out the fourth quarter as the visiting Philadelphia 76ers cruised to a 132-103 victory over the Washington Wizards in Game 3 of their Eastern Conference first-round series.

The MVP finalist's point total served as a playoff career-high. His previous best was a 34-point performance in Philadelphia's 128-101 loss to Boston in Game 2 of a first-round series on August 19, 2020.

Embiid made 14 of 18 shots from the floor on Saturday. He added eight rebounds and three steals.

Tobias Harris collected 20 points and 13 rebounds for the 76ers, who shot 58.6 per cent from the floor and 51.5 per cent from 3-point range to seize a 3-0 lead in their best-of-seven series. Top-seeded Philadelphia can close out eighth-seeded Washington in Game 4 on Monday night.

Danny Green sank five 3-pointers to highlight his 15-point performance and Seth Curry made three from beyond the arc en route to finishing with 15 points. Ben Simmons added 14 points and nine assists. 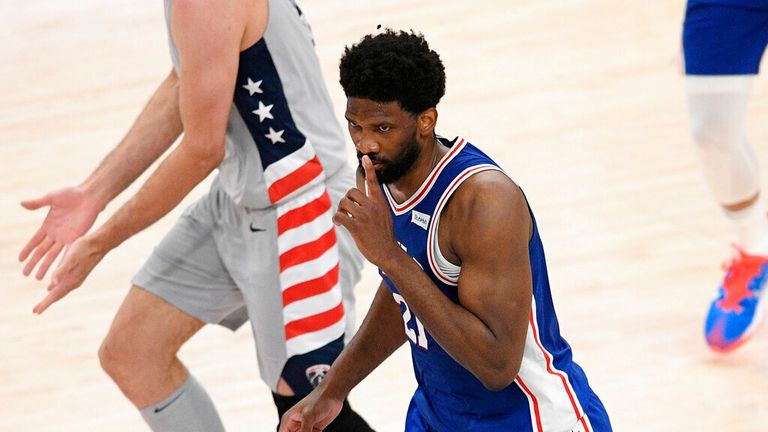 Joel Embiid sets a career playoff high with 36 points, as the 76ers rout the Wizards to take a commanding 3-0 series lead

Curry, Green, Harris and Embiid each drained a 3-pointer as part of an early 17-2 run for Philadelphia. The spirited surge gave the 76ers a 29-13 lead before Washington was able to halve the deficit by the end of the first quarter.

Undaunted, Green sank a 3-pointer on consecutive possessions to push Philadelphia's advantage to 62-50 with 4:16 left in the second quarter. Washington slowly chipped away before Embiid provided the signature moment of the half by using a ball-fake before powering home a one-handed dunk to set up a three-point play. 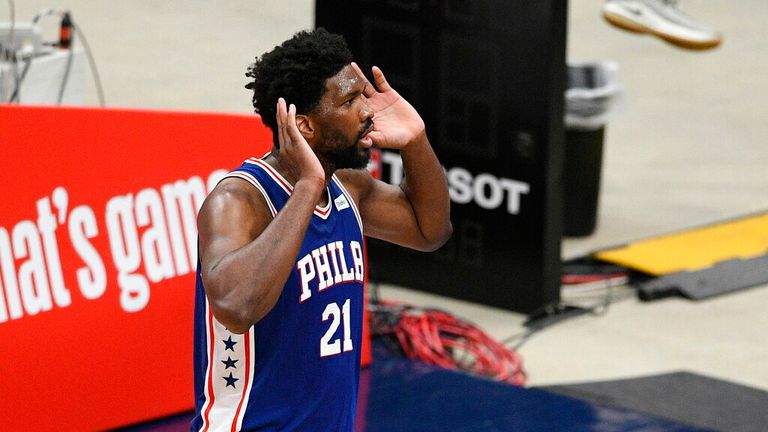 Joel Embiid was all over the Washington fans after this huge dunk during the 76ers' Game 3 win!

Westbrook sank a pair of 3-pointers to give Washington some momentum to begin the third quarter before the 76ers steadily took control of the game. Harris made a pair of floating jumpers and Curry connected from 3-point range to highlight a quick 7-0 surge that gave Philadelphia an 87-69 lead.

The outcome was never in doubt after that.