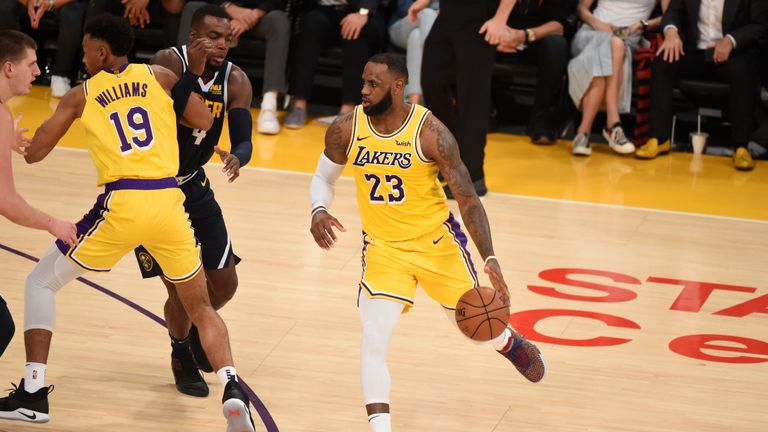 LeBron James stuffed the stat sheet as his triple-double powered the Los Angeles Lakers to their first home win of the season.

James scored 28 points and added 11 rebounds, 11 assists and three steals as the Lakers thrilled their home crowd at Staples Center with a 121-114 victory over the previously-undefeated Denver Nuggets.

James fulfilled the twin roles of scorer and distributor with trademark efficiency - his points came on 58.8 per cent shooting and he turned the ball over just twice. 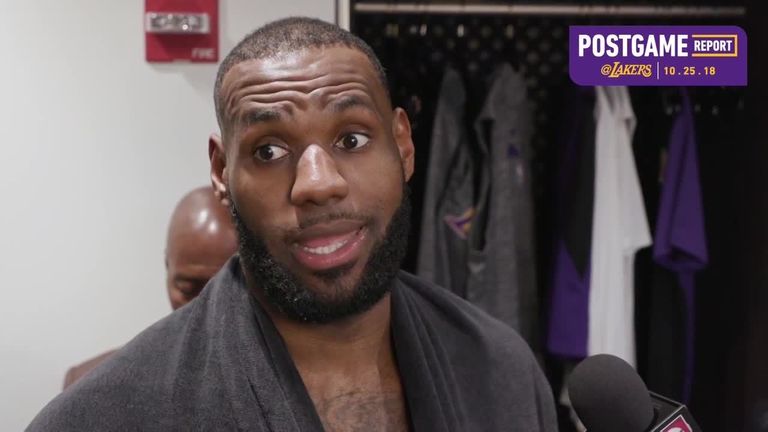 One-handed cross-court passes, low-post strength and fadeaway jumpers all featured as James showcased his full repertoire of skills before bringing the home crowd to their feet after collecting Lance Stephenson's fizzing pass and hammering home a dunk to finish the fast break.