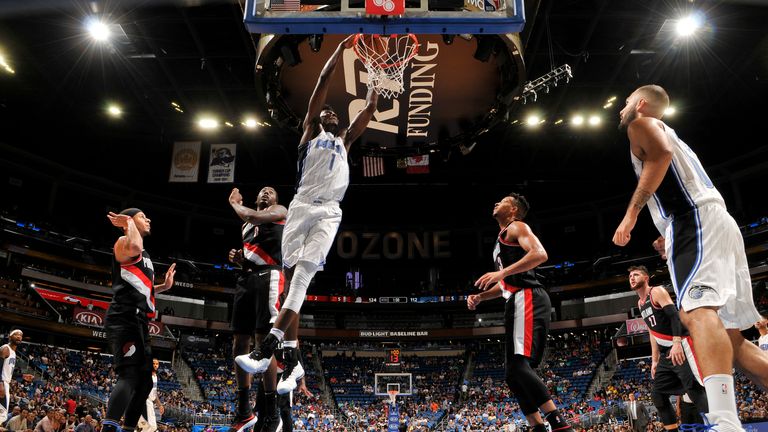 Check out the best plays from Thursday night in the NBA

Jonathan Isaac kickstarted the Orlando Magic fast break with a big rejection before rounding it off with an emphatic dunk.

The power forward, drafted sixth overall by the Magic in 2017, produced the highlight play during the second quarter of Orlando's 128-114 home loss to the Portland Trail Blazers.

Isaac stood tall to block an attempted lay-up from Damian Lillard before sprinting the length of the court to receive a pass from team-mate Evan Fournier. Cutting in from the sideline, Isaac caught the ball in stride and slammed home a thunderous one-handed dunk.

Click on the video above to see Isaac turn defense into attack, plus nine more top plays from Thursday night's NBA action.