Kawhi Leonard scored 31 points as the Toronto Raptors moved to 7-1 with a 129-112 win over the Philadelphia 76ers.

Kyle Lowry added 20 points and 12 assists for his fifth double-double of the season for Toronto, and Pascal Siakam finished with 15 points and 15 rebounds.

It was the sixth straight home victory to open the season for the Raptors, a franchise best. They also have defeated the 76ers in 12 consecutive home games.

Leonard, who was rested Monday in Toronto's loss to the Milwaukee Bucks, scored 11 points in the third quarter and the Raptors led by as many as 26 points before taking a 19-point advantage into the fourth quarter. Tony Parker came off the bench for 24 points and 11 assists as the host Charlotte Hornets beat the Miami Heat for the second time in 11 days with a 125-113 victory.

Parker, a 17-year veteran in his first season with the Hornets, shot eight of 15 from the field on a night when the Hornets hit 54.3 per cent from the floor and shot 13 of 28 from three-point range.

The Hornets controlled the game from the start, trailing only briefly. They led by 13 in the second quarter, were up 65-55 at half-time, then pushed the lead to 20 late in the third quarter. Miami never got closer than 10 in the fourth quarter.

Charlotte had snapped a six-game, head-to-head losing streak to the Heat with a 113-112 victory at Miami back on October 20. 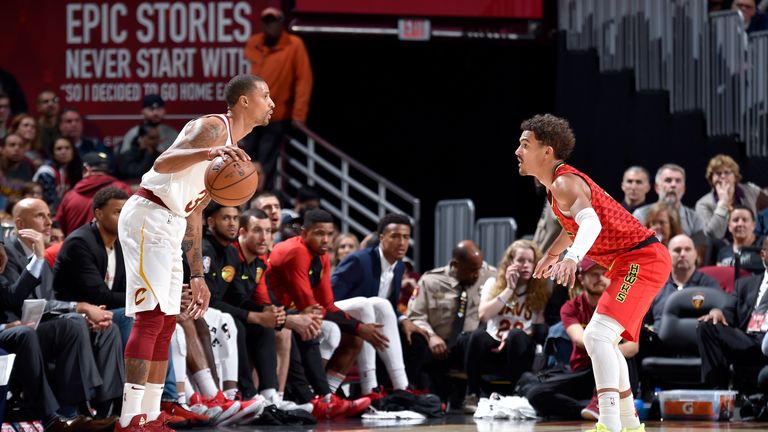 Rodney Hood scored a season-high 26 points and helped the Cleveland Cavaliers earn their first win in seven games this season, 136-114, over the visiting Atlanta Hawks.

The win marked the debut of Cleveland coach Larry Drew, who replaced Tyron Lue, who was fired on Sunday.

Hood was 9-for-13 from the field, including 4-for-4 on three-point shots. The veteran from Duke has scored in double figures every game this season. He fell six points shy of matching his career high.

The Cavaliers also got 20 points from Cedi Osman, who has reached that mark in the last two games. Osman also added five rebounds and three assists.

The Cavaliers were playing without Kevin Love, who missed his third straight game with a sore left foot.

The Hawks were led by rookie Trae Young with 24 points and four assists. He was 9-for-13 from the floor and 3-for-4 on three-point shots. Sacramento's 5-3 start this season is their best since going 5-3 to begin the 2014-15 season, and the Kings are two games over .500 for the first time since November 28 that same season.

Buddy Hield led the Kings with a season-high 25 points and 11 rebounds, and Nemanja Bjelica added 21 points.

Sacramento fell into a double-digit hole less than 10 minutes into the game, but a couple of big runs to end to the second and third quarters helped the Kings not only catch the Magic, but build a nice cushion. A 13-2 run to end the third gave the Kings an 85-72 lead going into the fourth quarter.

Guard Terrence Ross scored 11 more points in the fourth quarter, including a three-pointer that brought the Magic within 94-91 with 4:50 left in the game. But Orlando could not cut any further into the lead.

The Magic held Sacramento well below its season average 117.9 points per game, but Orlando, tied for dead last in the NBA in field-goal percentage, shot just 39.6 per cent from the floor. 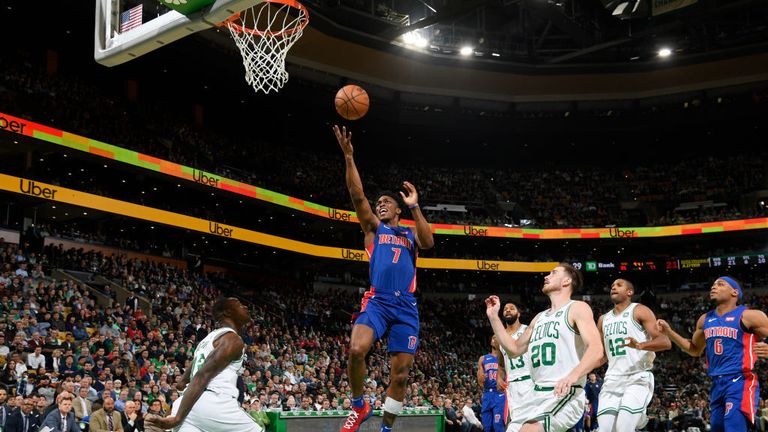 Kyrie Irving capped a 23-7 third-quarter run with 11 consecutive points, including a trio of three-pointers, propelling the host Boston Celtics to a big lead, after which they survived a wild finish for a 108-105 victory over the Detroit Pistons.

Irving led all scorers with 31 points, helping the Celtics beat the Pistons for the second time in four days.

Jayson Tatum finished with 16 points, Morris 15 points and Al Horford 11 for the Celtics, who had lost to Orlando in their most recent home game.

Blake Griffin (24 points, 15 rebounds) and Andre Drummond (17 points, 12 rebounds) each had double-doubles for the Pistons, who lost at home to the Celtics 109-89 on Saturday.

The Pistons did not go down without a fight. Bullock and Ish Smith buried three-pointers in the final 25.8 seconds, giving the visitors a shot, down 105-102, with 10.5 seconds left.

But Griffin threw the ball away and Irving capped his big night with two free throws with 7.3 seconds remaining.

Bullock made one more 3-pointer with 1.4 seconds left, but it was not enough.

Portland, completing a four-game, six-day road trip, overcame a sluggish start and pulled away from the rested Rockets with a 15-3 run in the second quarter.

Houston had pulled even at 28-all on back-to-back baskets, with Eric Gordon following a Carmelo Anthony baseline dunk with a three-pointer at the 5:24 mark.

When Nurkic converted a layup with 2:11 left, Portland led 43-31. The Blazers extended that advantage to 15 points by the intermission with a 6-0 half-closing surge.

The Rockets, playing a second consecutive game without All-NBA guard James Harden (Grade 1-plus left hamstring strain), offered token resistance in the second half, trailing by as many as 28 points while remaining winless at home.

The Rockets have dropped games to the New Orleans Pelicans, Utah Jazz, Los Angeles Clippers, and now Portland by an average of 13.3 points.

The Trail Blazers finished 3-1 on their road trip and snapped a four-game losing skid to the Rockets.

Shelvin Mack chipped in 14 off the bench as Memphis won its second game in a row.

John Wall scored 22 points and Bradley Beal added 17 for the Wizards, who dropped the final four games of their five-game road trip. Wall had seven assists and nine turnovers. 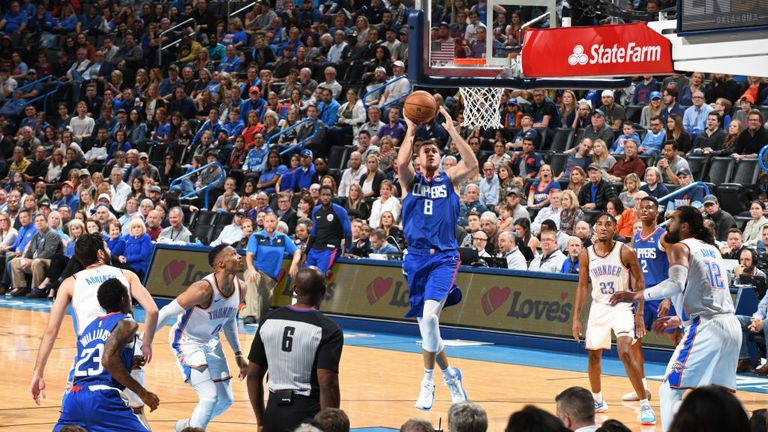 Russell Westbrook and Paul George each scored 32 points as the Oklahoma City Thunder used an offensive eruption to open the second half en route to a 128-110 victory over the visiting Los Angeles Clippers.

Trailing 67-54 at half-time, the Thunder went on a 23-2 run to open the third quarter, winning their second consecutive game after opening the season with four consecutive defeats.

Danilo Gallinari led the Clippers with 27 points, scoring 23 in the first half.

Tempers flared with 6:20 remaining in the fourth quarter when the Clippers' Patrick Beverley dived for a loose ball and hit Westbrook in the knees. Beverley and Westbrook were assessed technical fouls.

Steven Adams scored 18 points and added 10 rebounds for the Thunder, while Dennis Schroder scored 15 points and Jerami Grant had 12.

Oklahoma City outscored the Clippers 39-10 in the third quarter and 74-43 in the second half.