This is the sixth straight season in which Harden has made at least 200 triples and 600 free throws. Only two other players have ever done it: Gilbert Arenas with the Wizards in the 2006-07 season) and Russell Westbrook (Thunder, 2016-17), who nailed exactly 200 threes to make the cut. Check out James Harden's best plays from this season's NBA 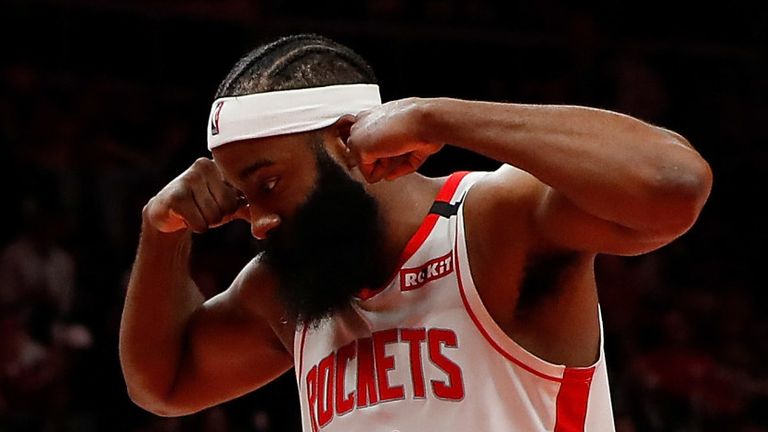 To get to 600 free throws made, you have to average exactly eight in 75 games. Before the season was suspended, Hawks All-Star Trae Young had already eclipsed the 200 three-pointer mark while averaging 8.02 made free throws - though he had missed exactly seven of the Hawks' 67 games.

Expect Young, and maybe fellow sophomore Luka Doncic, to join the James Harden Club at some point in the future.

Jimmy Butler has an effective field goal percentage of 33.8 per cent on shots from outside the paint, the worst mark (by a wide margin) among 183 players who have taken at least 200 shots from the outside.

Butler's issues from the outside have been three-fold. 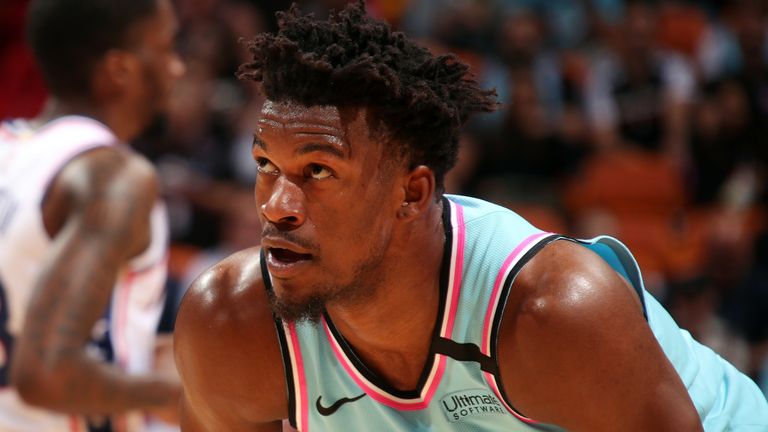 Butler's poor shooting has extended to clutch situations. On shots when the score is within five points during the last five minutes of the fourth quarter or overtime, he has an effective field goal percentage (eFG) of 30.8 per cent, the worst mark among 71 players with at least 30 attempts. He is 14-for-40 (35 per cent) on clutch two-pointers and 3-for-20 (15 per cent) on clutch three-pointers, the second-worst mark among 40 players who have attempted at least 20.

Butler is tied (with Zach LaVine) for the league lead with 15 field goal attempts to tie or take the lead in the final minute of the fourth quarter or overtime, but he has made just one of those 15 shots. 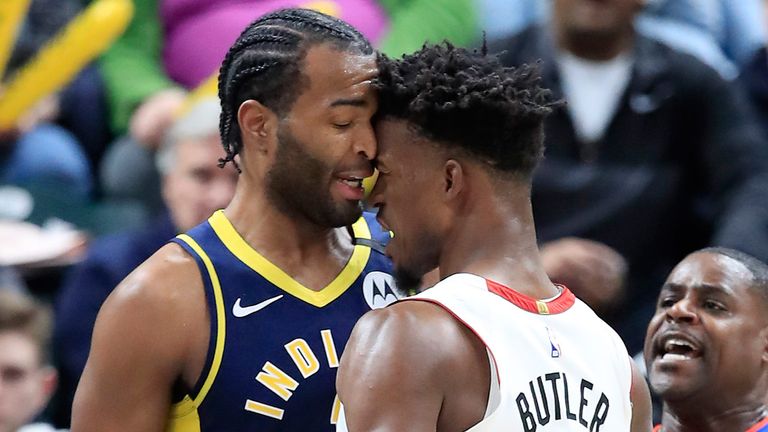 But Butler ranks 46th in true shooting percentage (which measures overall scoring efficiency) among 137 players with at least 500 total field goal attempts. His eFG of of 58.3 per cent is slightly above the league average (56.4 per cent).

While Butler has shot poorly from the perimeter, he has taken just 38 per cent of his shots - the lowest rate of his career - from outside the paint. While he has not shot as well in the paint as he had during the previous few seasons, his 55.8 per cent this season ranks a tick above the league average. He has scored 1.40 points per possession in transition, the second-best mark among 101 players who have averaged at least two transition possessions per game.

On the other end of the floor, Butler is one of two players (Memphis' Tyus Jones is the other) that have played at least 750 minutes and have more steals (92) than personal fouls (74).