Houston Rockets twin superstars James Harden and Russell Westbrook have boosted their credentials in the race for the MVP, says NBA.com's Sekou Smith.

This isn't the first time Harden and Westbrook are in the thick of the MVP chase as a season winds down.

They are doing it as team-mates for the first time, of course. The last time they teamed up - as young players in Oklahoma City - neither was yet in this kind of space. Both have claimed MVPs (Westbrook in 2017; Harden 2018) and been contenders in seasons before and after collecting that honour. Russell Westbrook and James Harden combined for 63 points, 16 rebounds and 11 assists as the Rockets beat the Grizzlies to extend their winning streak to five games

Doing it all now as the two-headed monster leading the Houston Rockets' small-ball championship campaign, however, is a testament to the immense talents of these childhood friends from southern California.

The Rockets have won five straight and eight of their last 10 games, embracing every wrinkle of their new attack - all while redefining their season in the process.

"We are finally getting there defensively and that is what it is going to take for us to win games," Harden said after the Rockets throttled the Memphis Grizzlies on Wednesday night. "If we want to get to where we want to go, we have to engage and lock in on the defensive end, and we did that." 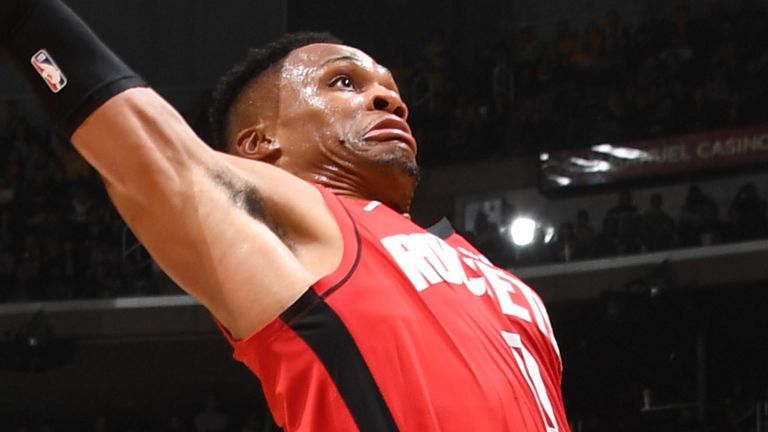 After an uncharacteristic rough patch last month, Harden is back to his scorching ways. Westbrook, though, has transformed into the best version of himself in a Rockets uniform. He is tearing through the competition (averaging 34.0 points per game and shooting 57 per cent in the six games since Clint Capela was traded) since the small-ball shift. 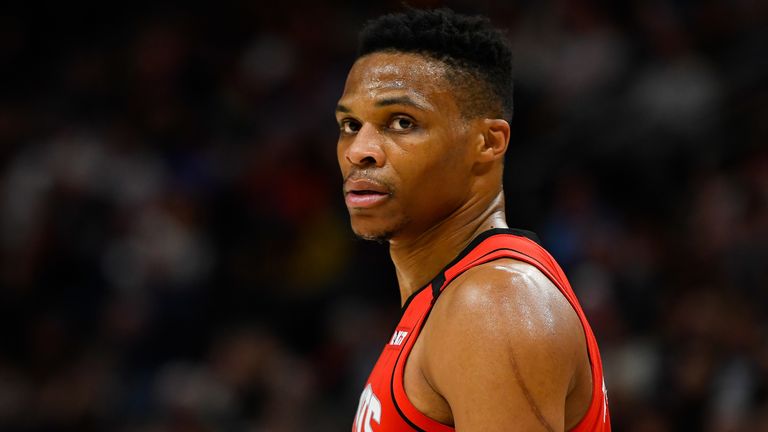 "They are the team that should scare every coach in the Western Conference playoffs, and I'm including Mike D'Antoni in that group," a Western Conference executive said. "Seriously, they are a complete wild card right now because we don't know for sure what they will do the rest of the way [in the regular season]. And what they'll be like come playoff time is another unknown.

"I have been around this league enough to know that anyone trying to reinvent the game is bound to deal with some hiccups. And there are no guarantees in the playoffs, none. But they are on to something right now and if they can get the right match-ups in the playoffs, I guess, as they say, anything is possible."

The confidence Harden and Westbrook regularly operate with ensures they'll continue to believe they can do the unthinkable, no matter what anyone else says. 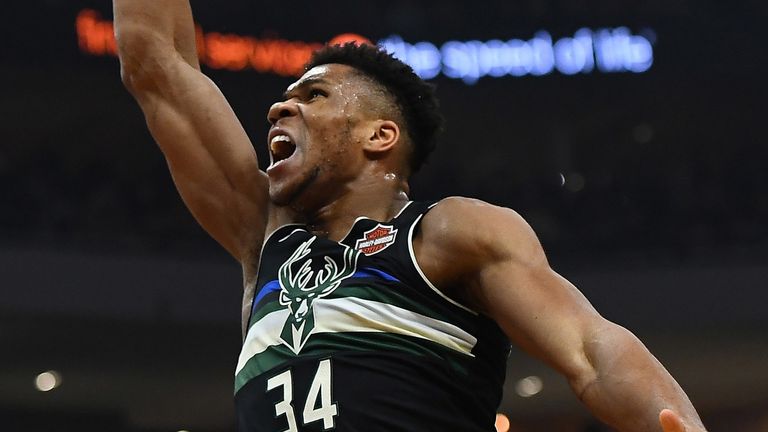 How good has defending MVP Giannis Antetokounmpo been this season? His astonishing numbers do not lie

Even when it looks like a team has figured out a way to slow Antetokounmpo down - as was the case with the Raptors on Tuesday night - the 'Greek Freak' still finds a way to get his work done. He finished with 19 points, 19 rebounds, eight assists and three blocks as the Bucks won in Toronto for their 50th win of the season.

The Bucks are running away from the crowd in the standings down the stretch, the same way Antetokounmpo is attempting to in the MVP chase. 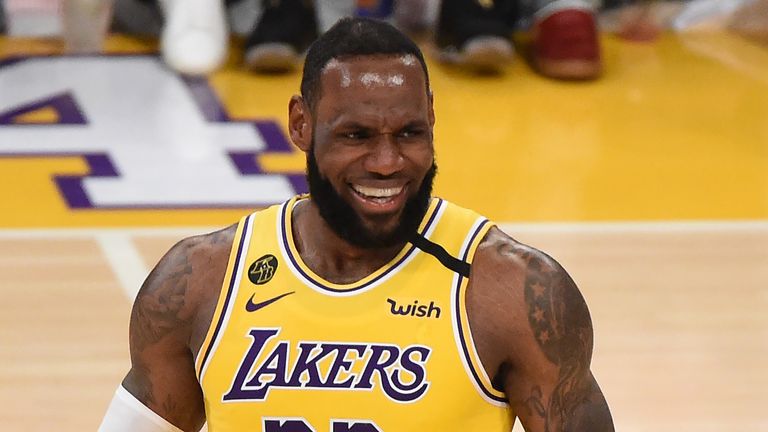 He made his point earlier in the week anyway, dropping a season-high 40 points (along with eight rebounds, six assists and a block) on the New Orleans Pelicans in his first match-up with Zion Williamson, the heir apparent to his throne as the league's biggest physical mismatch at his position. 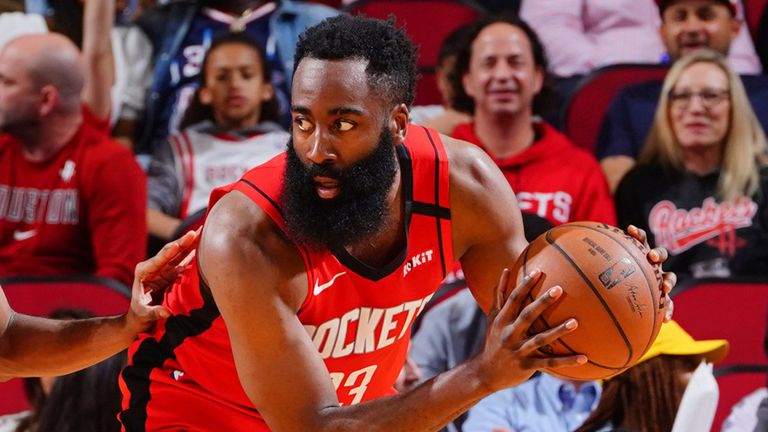 Harden flirted with that 40-point scoring average for so long earlier this season that he spoiled everyone with his relentless pursuit.

But what might be even more impressive is the transition he has made during this season, adjusting to the small-ball attack and continuing to make defenses miserable trying to contain him. 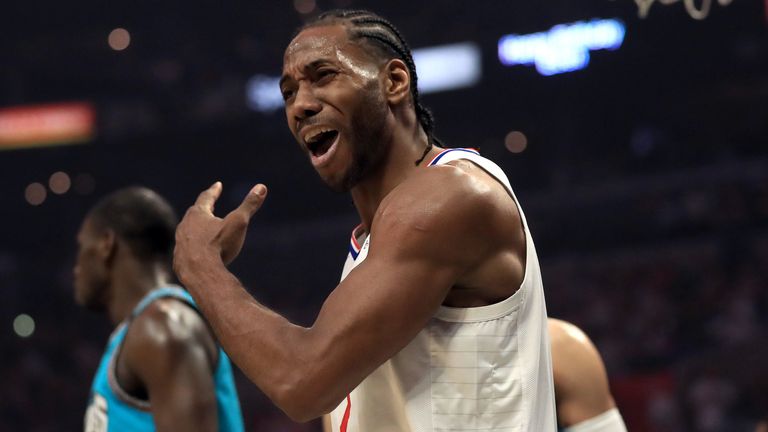 The Clippers have new additions to integrate into the rotation in Marcus Morris and Reggie Jackson, but the onus for this team's fate is planted firmly on Leonard's broad shoulders.

Things look good so far, though, with Leonard in a nice groove (24 points and 14 rebounds in a win Wednesday against Phoenix) and the newbies filling their roles perfectly (Jackson and Morris both nailed critical three-pointers in the fourth quarter of that game). 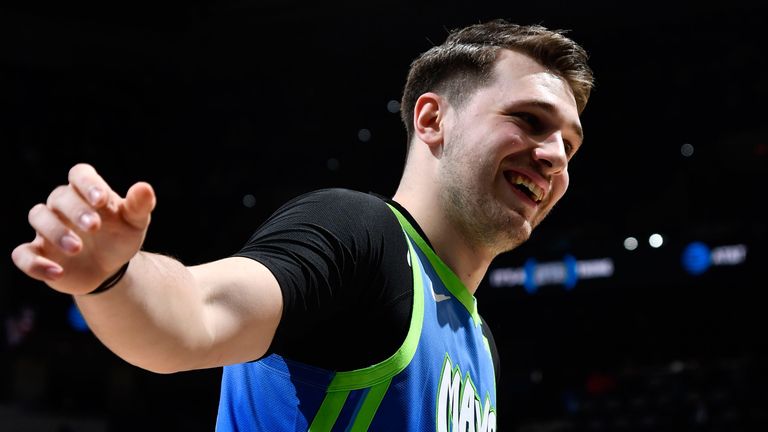 Doncic celebrated his 21st birthday early and in style, collecting his 21st triple-double in a win over the San Antonio Spurs on Wednesday night.

Doncic needed just 119 career games to tie the Mavs' triple-double franchise record that Jason Kidd set in 500 career games. It's just the latest sign that Doncic is on a career trajectory that suggests he will win an MVP (and other accolades too) someday.

Sekou Smith is a veteran NBA reporter and NBA TV analyst. The views on this page do not necessarily reflect the views of the NBA, its clubs or Turner Broadcasting.