Luka Doncic has ascended to greatness in his second NBA season and, while his individual stats are astonishing, he has made his Dallas Mavericks team-mates better too.

There are ways in which you can nit-pick the Mavericks' offense this season. For example, you could highlight the fact that there is seemingly a disconnect - or at least, a fit that has not yet been optimised - between superstar playmaker Luka Doncic and star big man Kristaps Porzingis. Not a disconnect in any fractious way, of course, but in how at this moment in time, the pair tend to operate in turn, rather than as a fully cohesive unit.

In the long term, Doncic's marvellous ability to be able to hit shooters with pocket passers on the roll and be at the hub of a well-spaced floor, combined with Porzingis's ability to hit shots from all over the court and his combination of shooting with rolling in a way usually so unbecoming of one so tall will be a perfect offensive combination. As it stands, the two tend to take it in turns offensively, yet to play harmoniously. That's understandable given how little time they have spent on the court together. 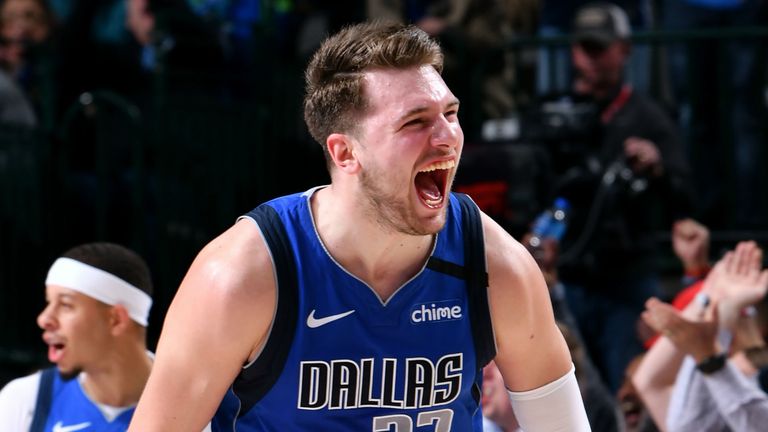 You could also point out the Mavericks' offensive struggles in clutch situations, an obvious flaw that even they admit to. After again not making a field goal in the final three minutes of an early January loss to the Indiana Pacers, Mavericks guard Seth Curry himself told the Dallas Morning News the team is too predictable offensively in clutch situations, only having Doncic a primary trusted playmaker.

This construct works far better when able to run four- or five-out line-ups replete with shooters and with offense at every position in a very well-spaced floor, yet it is one which becomes easier for defenses to key in on in clutch situations, as defenses pick up and the game slows down.

The Mavericks have only a 14-21 record in clutch situations (defined as games that are within five points with less than five minutes to go), the worst amongst all provisional playoff teams, with an offensive rating of 93.9 in that timeframe that ranks above only the lowly Detroit Pistons, and which trails more than 30 points below the Oklahoma City Thunder. That gripe would be legitimate.

One thing we cannot have many gripes about is the manner win which Dallas play the first 43 minutes of their games. Across that span, the Mavericks have the best offense in the NBA, even better than the dominant Milwaukee Bucks and Los Angeles Lakers. 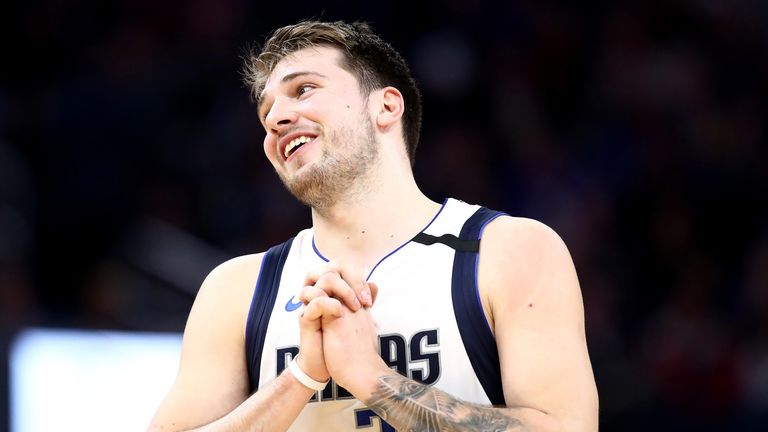 And a huge proportion of the credit for that is because of the play of Doncic.

In only his sophomore year, Doncic has ascended to greatness. At the time of the season's suspension, he was averaging 28.7 points, 9.3 rebounds and 8.7 assists per game, while shouldering a massive 35.8 per cent usage rate, joint-second highest in the league with James Harden and behind only Giannis Antetokounmpo.

As the primary scorer, Doncic is averaging nearly 30 points per game on a .584 true shooting percentage, not just scoring by volume. And as a playmaker, his assist percentage of 45.3 per cent is third in the league behind only LeBron James and Trae Young. While it can be somewhat of a problem in clutch situations, as noted above, Doncic truly does a veritable shedload of the work for the Mavericks offensively. 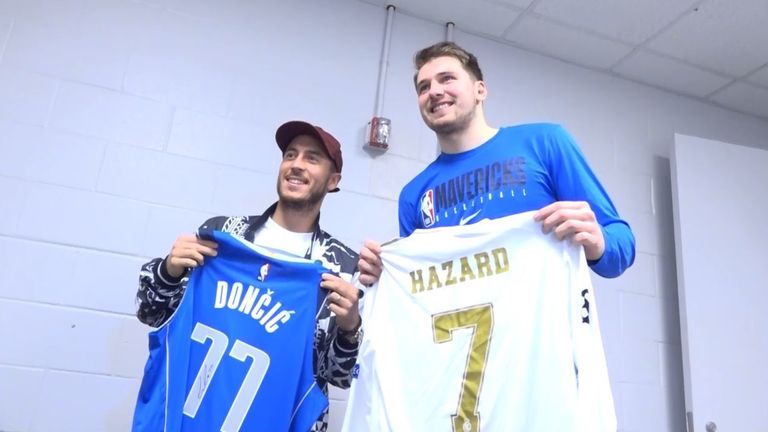 Far from being a one-man-band, though, the Mavericks have paired Luka with a plethora of shooting. They hit the second-most three-pointers in the league on the second-most attempts, all coming on the eighth-best percentage, and it is the Slovenian star's ability to pass on the move that makes all that possible. While admittedly still not efficient yet with his own high-volume (and often high-difficulty) step-back threes, Doncic's ability to shoot, drive, juke defenders out of their shoes and pass through any gaps that he draws creates opportunities all over the court. 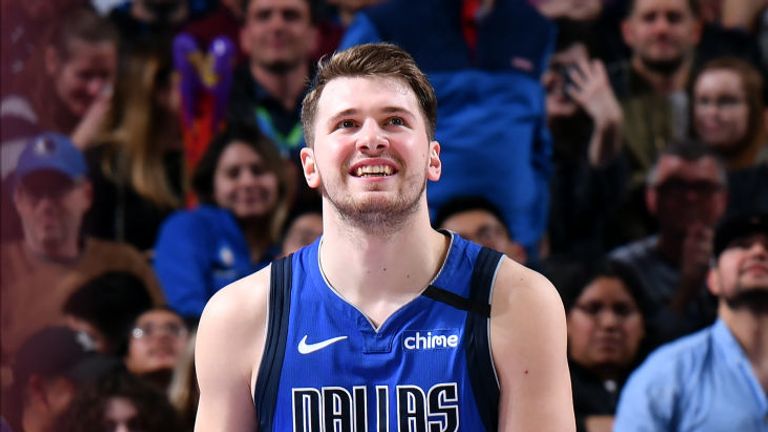 Luka Doncic racked up 30 points, 17 rebounds and 12 assists, becoming the all-time record holder for triple-doubles for the Mavs

The perennial gravity and draw of Doncic is hugely responsible for all of this.

Before coming to the NBA, Doncic had proven as much as any prospect ever had or ever could. He was the best player on the EuroLeague-winning Real Madrid side of 2017-18 that was replete with NBA-calibre talents yet which still looked to him.

One year earlier, he was the second-best player on a surprise Eurobasket-winning Slovenia side, behind only the MVP of the tournament, Goran Dragic. With Dragic on the way down and the then-18-year old Doncic on the way up, the passing of the torch was inevitable.

Even then, Doncic had his detractors in the way that all European players do. The core of the cynicism lay in the belief that he did not have the athleticism to get enough separation at the NBA level offensively, and which would particularly hinder him defensively, and his shot was not good enough to merit defending, negating much of the passing and driving ability. Nevertheless, the draw that he brings - as evidenced by quite how much defenses do key in on him in clutch situations - speaks to how easily he can still get separation, even without the foot speed. Being such a multi-option player, legitimately gifted passer and endlessly crafty offensive player can cure a lot of ills.

The Mavericks had suffered a few years in the doldrums, unable to land quality free agents as was hoped, not having much success in the draft and largely striking out on their redraft and reclamation acquisitions as well. By trading up for Doncic and pairing him with Porzingis, Dallas staked their claim towards contention.

It is a foundation with some risks (not least because of Porzingis' injury history) but one built around the best European prospect in the sport's history, and a player who, in being a tall and versatile playmaker, was ideal for the modern NBA.

At the time of the season's suspension, the Mavericks were still only the provisional seventh seed in the tough Western Conference, yet they sported an extremely healthy 40-27 record and were on the ascendancy. So, too, was their main foundational piece. 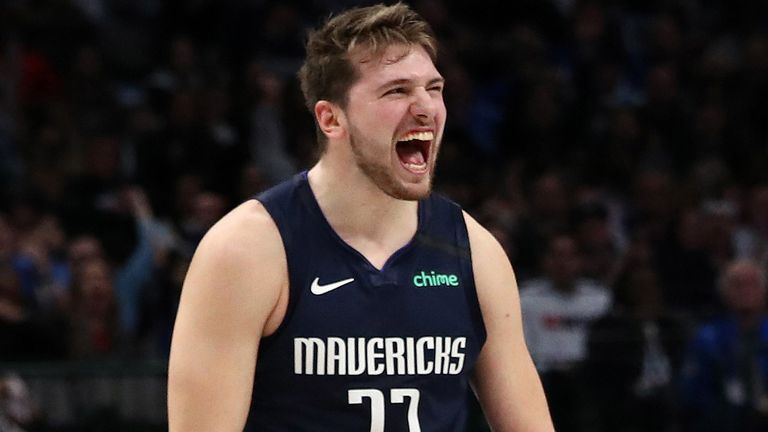 Considering that Doncic is still only 21, both he and the Mavericks will continue to be on the ascendancy for quite some time. And if a player that is as-near-as-is averaging a triple-double in only 33.3 minutes per game in only his second season is still on the up, then, well, we should all strap in.