Xavier Tillman buried a go-ahead 3-pointer and Ja Morant capped a career night with two short jumpers as the Memphis Grizzlies overcame a late Golden State rally in regulation to beat the Warriors 117-112 in overtime to earn a spot in the Western Conference playoffs through the Play-In Tournament. 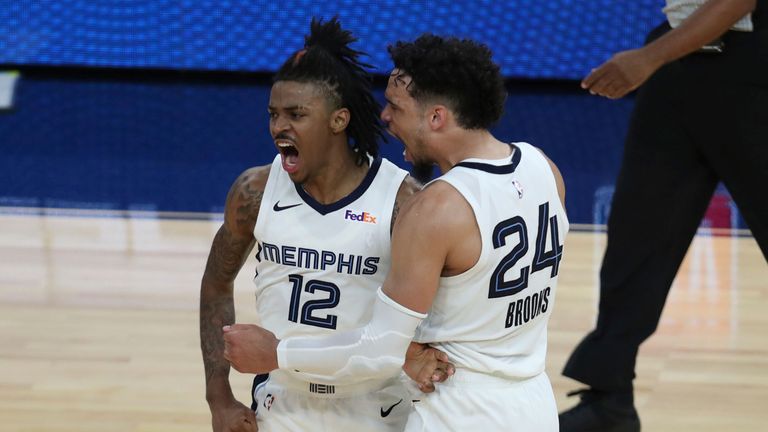 Morant bombed in a career-high five 3-pointers on a 35-point Friday night for the visiting ninth-seeded Grizzlies, who will enter the West's main draw in the No. 8 position. They will open a best-of-seven first-round series on the road against top-seeded Utah on Sunday night. 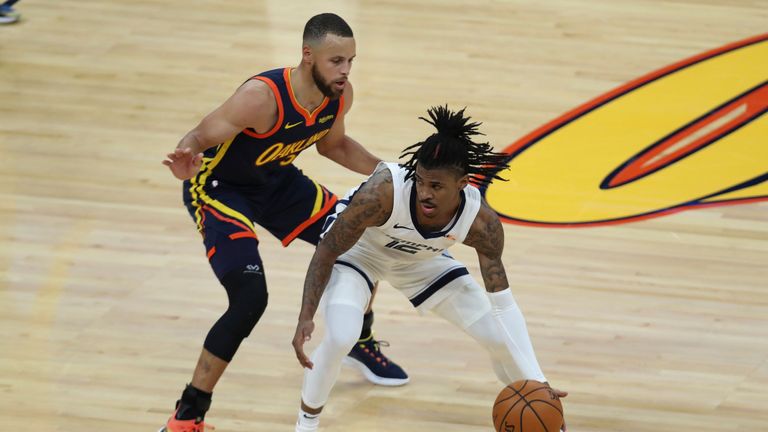 The season ended for the Warriors, who lost two straight in the new play-in format, including 103-100 on the road against the Los Angeles Lakers on Wednesday.

The Warriors, who rallied from a late 10-point deficit to force the extra session, took a 109-107 lead on a 3-pointer by Jordan Poole with 1:50 to go in overtime. 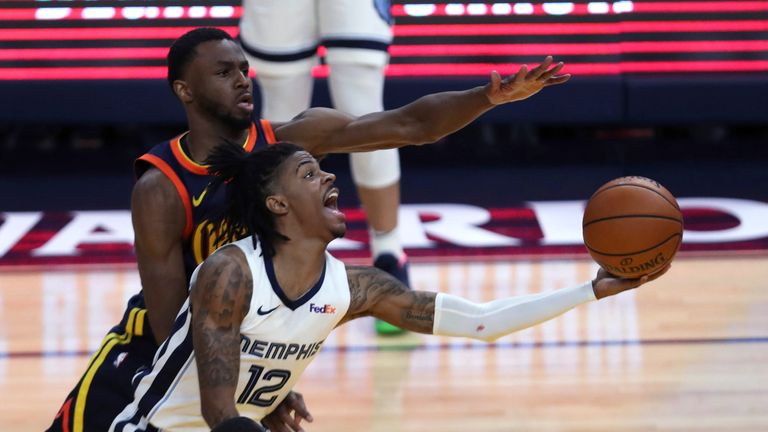 But Tillman, with no choice but to shoot from the left corner as the shot clock was about to expire, drilled his critical 3-pointer that gave Memphis the lead for good with 1:27 left.

Morant then hit the game's next two hoops, extending the Memphis lead to three and then to five with similar 10-footers in the lane.

The second of the two put the Grizzlies up 114-109 with just 4.5 seconds left, and Memphis was able to hold on despite Poole hitting another 3-pointer.

Morant, who had never previously made more than four 3-pointers in a game, finished 5-for-10 from beyond the arc. Memphis outscored Golden State 45-36 from deep, overcoming six 3-pointers and a game-high 39 points from Stephen Curry.

The Grizzlies, who had lost 113-101 at Golden State last Sunday to enter the play-in tournament as a lower seed, appeared on their way to a regulation win, leading 95-85 after a Jonas Valanciunas hoop with 3:36 to go.

But Poole ignited a desperation Golden State flurry with a three-point play with 3:18 to go, and when Curry capped a 12-2 run with two foul shots, the Warriors had drawn even with 1:12 to go.

Still tied with less than a half-minute remaining, both teams had a shot to win in regulation, but Tillman misfired on a 3-pointer for the Grizzlies before Draymond Green couldn't connect on a buzzer-beating, 11-foot runner for the Warriors. 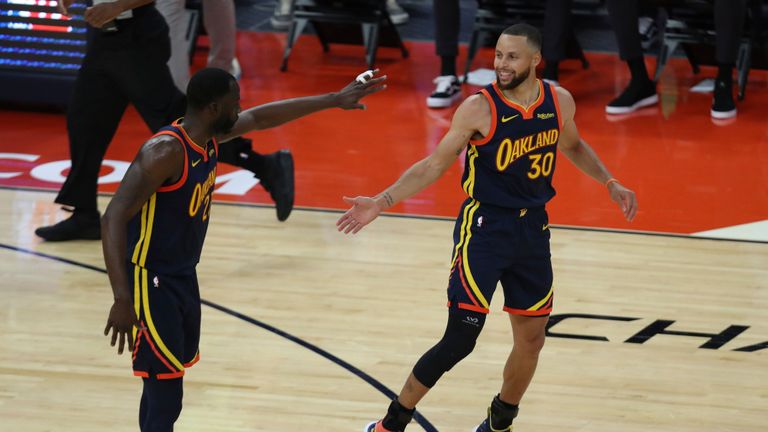 Dillon Brooks (14), Grayson Allen (12), Tillman (11), Jaren Jackson Jr. (10) and Desmond Bane (10) also scored in double figures for Memphis, who won despite getting just nine points from Valanciunas after he fouled out playing just 26 minutes and grabbing a team-high 12 rebounds.

Andrew Wiggins had 22 points, Poole 19, Green 11 as part of a triple-double with 16 rebounds and 10 assists, and Kent Bazemore 10 for Golden State, who trailed by as many as 17 points in the first half.