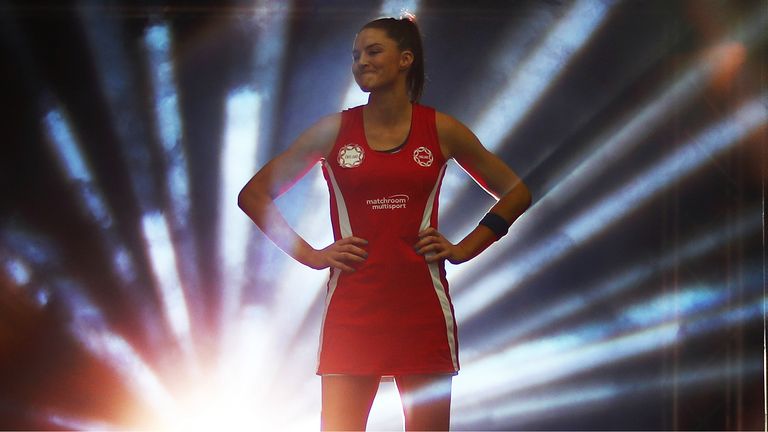 Two-time world champion Sharni Layton kept her promise by stating that if England beat Australia in the Commonwealth Games final, she would wear the England Roses kit.

She kept her promise! Layton, a giant of Australian netball, didn't think Tracey Neville's Roses would beat hosts Diamonds in the final.

But Helen Housby scored in the final second to give England a famous 52-51 victory on the Gold Coast to cause a stunning upset and leave Layton red-faced.

Highly decorated Layton, 30, who has announced her retirement from international and domestic netball, turned up in full kit on show at the British Fast5 All-Stars Championship before quickly whipping it off to reveal her Surrey Storm kit.

Storm advanced to the semi-finals, knocking the defending champions Loughborough Lightning, before losing to Wasps Netball. 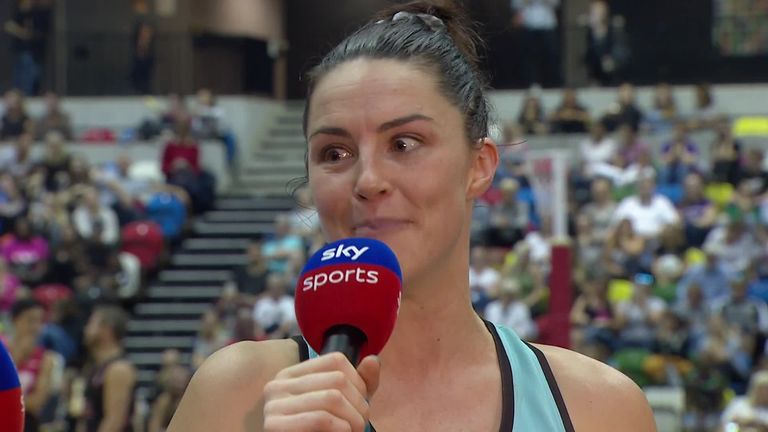 Of her appearance for Storm, Layton said: "It has been such a great day. It was intense, it was fast, it was fun, the fans have been amazing and I couldn't have asked for a better reception - it was phenomenal.

"We nearly got the Wasps but Rachel Dunn - what a shooter, she was bombing them in from everywhere. She is hard to stop."

Click on the video above to watch Sharni make her grand entrance at London's Copper Box and then watch her interview with the Sky Sports team below...