Bongiwe Msomi has taken up a position as coach and netball manager at the University of Johannesburg, signalling the end of her time at Wasps.

Having captained the Proteas to fourth place at the recent World Cup in Liverpool, Msomi is returning to her homeland to take the next step in her coaching journey.

The 31-year-old returned to the Ricoh Arena for a second spell with Wasps but revealed on social media that she will not be back for the 2020 Superleague.

Wasps are yet to reveal any of their players for the new season, but followed Msomi's tweet with confirmation that the South African star would not be among their squad as they look to bounce back from defeat in the Grand Final in June.

I have been really blessed and netball has always done wonders for me 🙌! All the amazing steps of my life through this sport have been overwhelming! NO ENOUGH WORDS🙌🏻❤! So excited and already loving being @go2uj @UJ_Sport ❤🙏🏻! Thank you @go2uj🙏🏻#BongiMsomiNetballFullCircle🙏🏻 https://t.co/0qlvR4B4xu

We’re so pleased to now be able to publicly congratulate @BongiweMsomi2 on this amazing opportunity. We will of course miss you on and off the court but we look forward to seeing you flourish in your new role 🖤💛 #onceawasp https://t.co/DrIV2anXni

Netball South Africa confirmed the news on Friday, with details of Msomi's position which will begin with leading the University of Johannesburg in their Varsity matches.

"The passion I have for netball is at another level," she said.

"Being the SPAR Proteas captain and being coached by Norma Plummer at an international level, I believe I have a lot to share as we aim to see what we can achieve in the long term.

"I love being part of change and this is an exciting step, not only for me but for a number of young girls I will get to work with at University of Johannesburg." 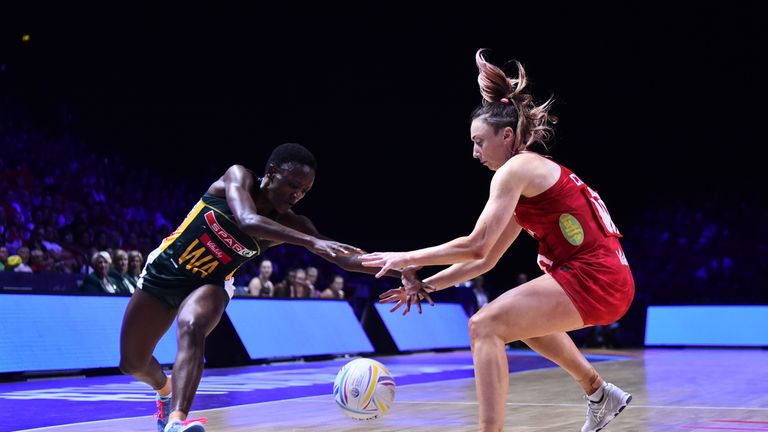 Msomi's move comes at the same time South Africa are stepping up preparations to host the first ever Netball World Cup on the continent and it is a huge four years for Netball SA.

Cape Town is the venue for the 2023 World Cup and Msomi will also be working as an ambassador for the tournament and as captain, she will have a key role to play.

The Proteas fourth-place finish in Liverpool was their best in 28 years and they will welcome the Vitality Roses to Cape Town in November for a three-match series before the latest instalment of the Quad Series in November.

@waspsnetball you've not only been a club but a family to me. Thank you so much for everything and I will definitely miss you all💛😢💛. From the fans, the people I met and worked with through coaching, the team management, my teammates and everybody at wasps, THANK YOU FOR ALL THE GREAT MEMORIES! I will come and support in one or two of the games next year, my heart will always be buzzing for you! #ALWAYSAWASPS 🐝💛 #BongiMsomiNetballFullCircle 🙏🏾

Msomi is likely to be part of the squad for both - having given no indication of plans for a break or retirement in the announcement of her new role - although it remains to be seen where she will be playing her competitive netball.

A short spell in Australia with the Adelaide Thunderbirds was sandwiched by her spells with Wasps and as well as coaching, she will be looking for regular playing time over the next four years.