By Paul Prenderville at the Copper Box 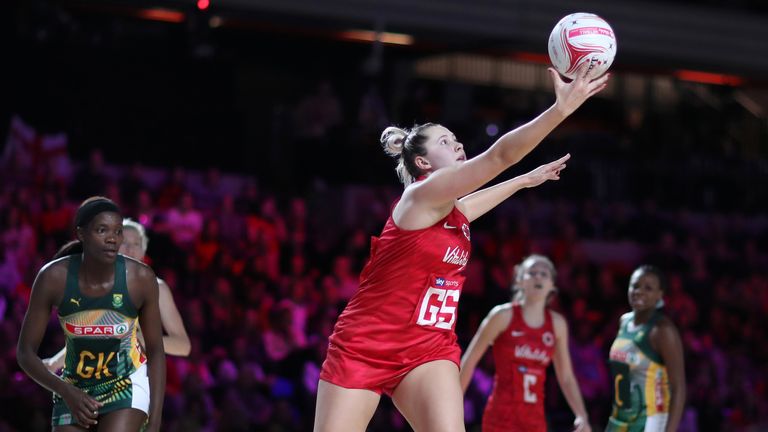 It may not have been the showpiece Nations Cup final that the Vitality Roses and Jess Thirlby wanted, but her young players delivered a thrilling 65-63 victory over South Africa to end the Vitality Nations Cup in third place.

Defeat to Jamaica on Saturday meant England were consigned to the third-place contest with the Proteas on Sunday afternoon rather than the showpiece final, but the two teams are fast becoming rivals and served up another classic in the capital.

In July the pair faced off in the bronze medal match in Liverpool at the World Cup and a sixth meeting in six months brought a fifth win for England, and they had to do it the hard way as South Africa roared back from a seven-goal half-time deficit to lead with just a couple of minutes remaining.

But head coach Thirlby has put her faith in youth, and in front of another raucous, sell-out crowd they dealt with the pressure to weather the South Africa storm and claim a two-goal victory that hints at a bright-looking future.

With Geva Mentor, Helen Housby, Jo Harten, Eboni Usoro-Brown and captain Serena Guthrie missing out, a host of new names have taken on increased court time as the Roses begin to look to the next four-year cycle.

That will include a home Commonwealth Games and World Cup in South Africa and George Fisher and Amy Carter in particular have both stepped up over the last eight days. 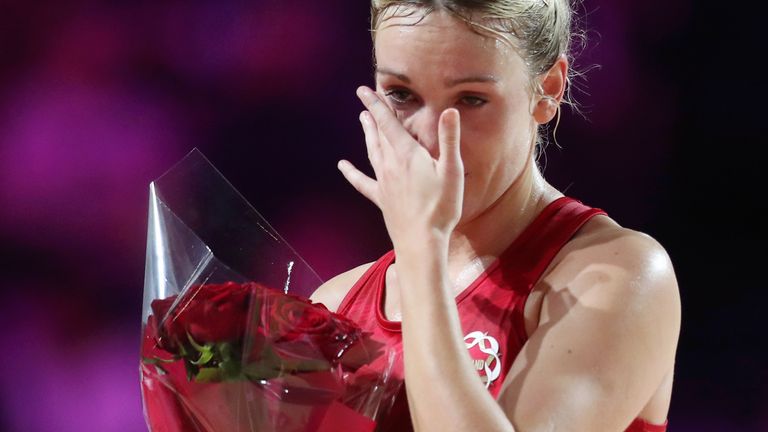 The pair were brought into Thirlby's starting line-up, Carter for the first time in her fledgling Roses career and goalkeeper Razia Quashia was also handed a start in the defensive end.

England's fast start was matched by a more sluggish effort from South Africa, as four games in eight days began to take its toll. The hosts got the better of the early exchanges, opening up a lead courtesy of Eleanor Cardwell and Fisher.

Youthful enthusiasm also brought the occasional error from England and South Africa crept back into things, ending the opening quarter just a couple of goals behind in an intriguing first 15 minutes.

A dominant second quarter saw the Roses cease control, the introduction of Kadeen Corbin for a slightly limping, but again impressive Cardwell, saw no let-up in the scoring as England cut out the mistakes and forced the crucial turnovers that saw them into a 36-29 lead at the break. 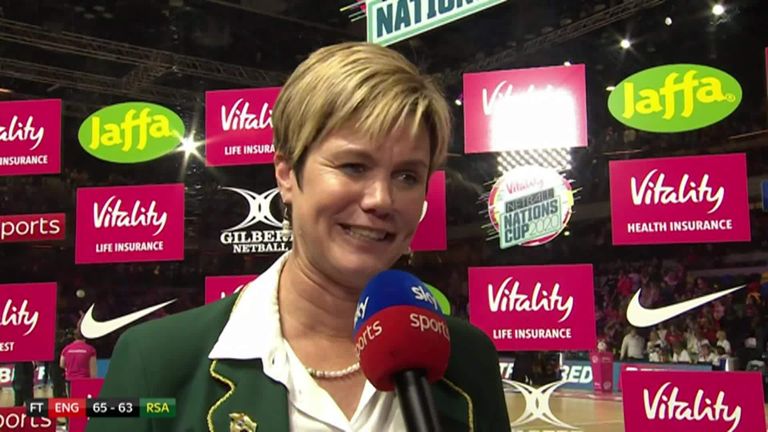 A goal-for-goal start to the second half saw the deficit remain at seven until England gave the ball away cheaply following their own centre pass.

Lenize Potgieter ensured the Proteas capitalised to reduce the difference to five. And five became four as South Africa pounced on a Carter mistake and then with her first touch Zanele Vimbela won the ball back to continue the shift in momentum as South Africa drew to within one.

On at goalkeeper Vimbela was at it again to give Potgieter the chance to level which she took but with the opportunity to lead for the first time in the contest, South Africa saw England wrestle back control through the indefatigable Jade Clarke.

With the returning Cardwell linking up with Fisher once again, the Roses did enough to hold the slenderest of leads ahead of the final quarter.

A goal to the good and with the game on the line, Thirlby brought Quashie back into the line-up, handed Laura Malcolm an outing at wing defence and moved Clarke to centre. The result was instant as England opened up a three-goal lead.

Once again the Roses tried to force the issue, but having given the ball away, England were not willing to finish the week on a losing note and it was Cardwell who turned the ball over to retain a two-goal lead.

Errors continued to plague them and Potgeiter was in unforgiving mood to level up the scores with seven minutes remaining and then reel off back-to-back goals to give the Proteas a two-goal advantage.

A frantic final quarter still had another twist as an unforced error in the South African shooting circle gave England the ball back, Fisher pounced to maximise the damage and then gave England the lead again within seconds of their own centre pass.

As she has done throughout the series Francis came up with the game's defining moment, winning the ball back with just under a minute to go, allowing Fisher to opening up the crucial three-goal lead that saw the Roses home.