By Emma Thurston at the Copper Box Arena 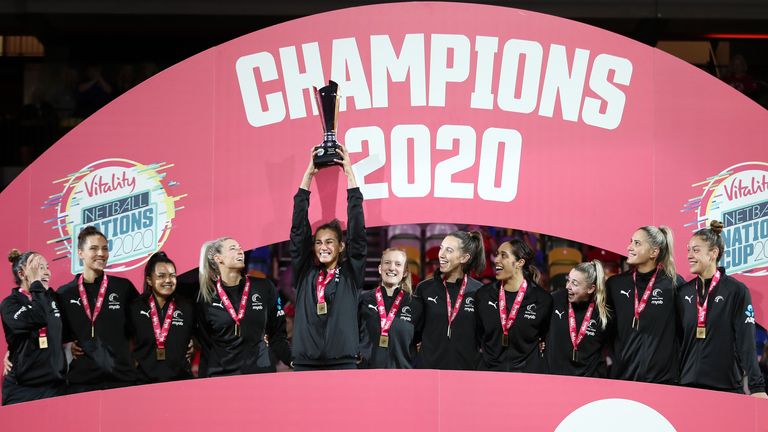 New Zealand's Silver Ferns secured the Vitality Nations Cup title after a 67-56 victory over Jamaica in the final at the Copper Box Arena.

The result completed a clean-sweep of wins for the world champions in the four-nation competition and their work overall highlighted the nation's considerable strength in depth.

The Silver Ferns, led by head coach Dame Noeline Taurua, had arrived in England without a wealth of experience in their squad and yet their less-experienced players made international netball look effortless.

Taurua had used their first three matches to try out multiple combinations but ahead of Sunday's final, shared her intention to field her strongest available seven for the decider.

The decision immediately paid dividends and, after converting their first centre pass to goal, Phoneix Karaka gained a tone-setting turnover to help double their tally.

Karaka's defensive partner, Jane Watson, would do the same throughout the contest as they both controlled Jhaniele Fowler well.

The world champions pressed out into a 7-1 lead before Jamaica grew into the quarter. They pulled it back to seven goals apiece and from there, the two teams went goal-for-goal.

A final penalty pass or shot from captain Ameliaranne Ekenasio handed the world champions the smallest of leads (16-15) at quarter time.

The second quarter saw the Sunshine Girls' defenders get themselves on top. Jodi-Ann Ward arrived at WD and alongside her Kadie-Ann Dehaney and Shamera Sterling came into their own in the circle.

Jamaica converted them well, going in front by 25-23, before the Silver Ferns clawed them back in to produce a 30-30 stalemate after 30 minutes.

The Silver Ferns are famed for their work in the third quarter, a quarter they call 'the championship quarter' and true to form, they started it like a freight train.

Taurua had decided to mix up the picture in their mid-court and together Kimiora Poi and Whitney Souness (at C and WA) found Wilson and Ekenasio with ease.

A 43-38 lead developed and as Jamaica's disciplined waned, the cushion stretched out to 49-41 at three-quarter time.

The final 15 minutes saw New Zealand's fitness come to the fore, something their head coach puts a huge emphasis on and in their shooting circle, Wilson remain prolific and strong.

Despite some sparky and creative moments from Jamaica, the Silver Ferns remained calm and ultimately finished the competition on a high.

The player of the match, Maia Wilson, shared her pride in the players around her and her own elation after they secured victory in the final. 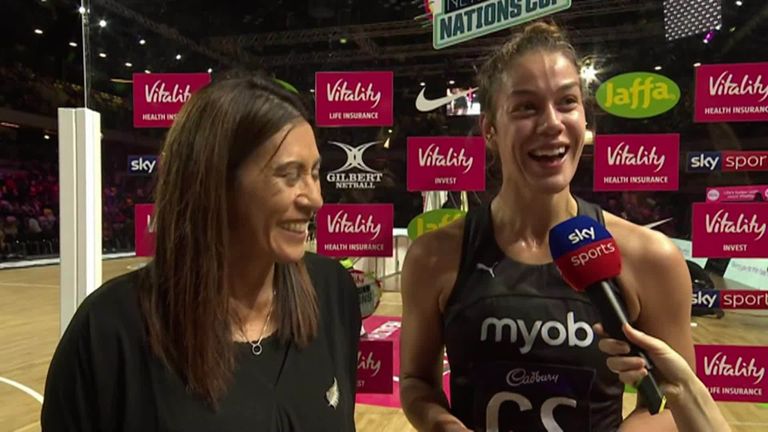 Jamaica's head coach Connie Francis said that her players "left it all out on the court" and was incredibly proud of their work over the course of the competition. After a difficult Netball World Cup, and period after, she believes they're in a good place to move forwards positively. 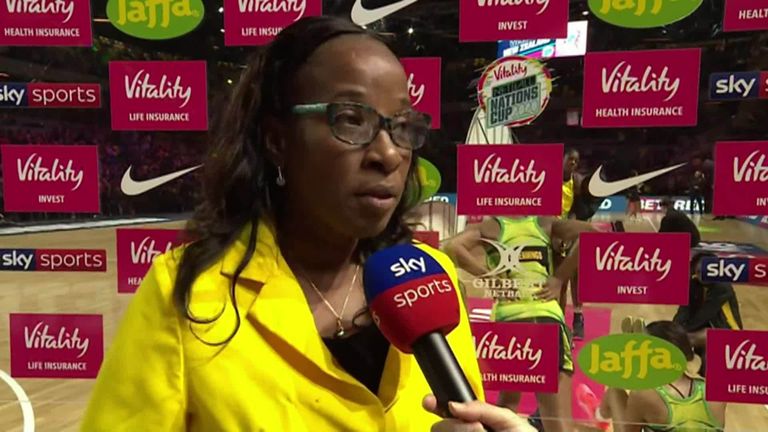