Watch every match of the season, live on Sky Sports - Magic vs Mystics will restart the competition on Friday at 8am (BST)

Here's your franchise by franchise guide to ANZ Premiership netball in New Zealand, which restarts on Friday with Round Two live on Sky Sports.

The competition, which completed one round before COVID-19 struck, is set to return with 10-weeks' worth of competitive netball.

The first round back - Round Two - includes a Grand Final rematch and a number of other fascinating fixtures.

Every match of the 2020 season will be live on Sky Sports. Matches are currently scheduled to take place on Friday, Saturday, Sunday and Monday mornings and a selection will also be streamed on YouTube.

So, with just a short time to wait until the league's restart, here's a guide to all six franchises...

The defending champions' one and only result from the 2020 campaign so far, was a 53-41 victory over Tactix. This result, like all from Round One, will stand and their first stop will be a Grand Final rematch against the Stars on Sunday. When Karin Burger joined Sky Sports Off The Court, she discussed their need to 'be smarter' about what they do, so don't expect them to be resting on their laurels. They're a pretty settled side personnel wise, so linking back together shouldn't be too much of an issue.

Player to watch: Last season Katrina Rore led Pulse to their domestic title, she won the Netball World Cup with New Zealand and lifted the Suncorp Super Netball title with the NSW Swifts after joining them as injury cover. With over 100 international caps to her name, she's seen it all and this will be her 11th season with the Pulse. 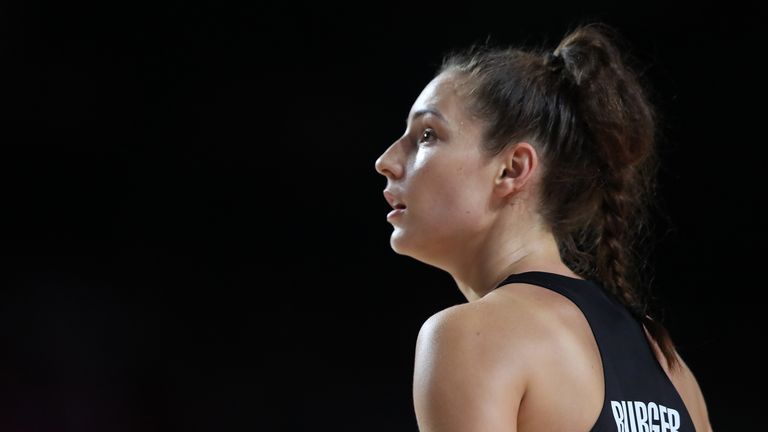 Ultimately, we want to have that gold again. It's just about how we're going to get there because others will start knowing us and they've got great talents in their ranks. We need to be smarter in what we do.

Malcolm: It's all of us against racism

Laura Malcolm joins Off The Court to discuss more about the Black Lives Matter Movement and her personal experiences of racism.

To our #StarsWhānau - be kind, be safe.

The Stars moved into this season having lost a considerable amount of on-court experience after the retirement of Leana de Bruin, and Temepara Bailey shifting back to a coaching-only role. Kayla Cullen's absence has also taken away experience, however, there's plenty of spark left and a real desire to prove themselves again.

Player to watch: Shooter Maia Wilson is returning for her third season with the Stars. Her most-recent outings for the Silver Ferns at the Vitality Nations Cup, saw her deliver a 'coming of age' set of performances and really find herself. The 22-year-old shot at 91 per cent [137 out of 151] and reaped the rewards of her hard conditioning and fitness work.

The 2017 and 2018 champions missed out on the final last year after losing the elimination play-off to Northern Stars. Nothing hurts more than an unsatisfactory end to a season, and they've had even more time to stew on it than normal. Shannon Saunders, an ever-present figure since 2012, and Gina Crampton will look to drive their performance from the middle of the court and Kalifa McCollin will be eager to impress up front.

Player to watch: Celtic Dragons' fans will remember McCollin well from her time in the Vitality Netball Superleague. The Trinidad & Tobago international will have arrived with her motto 'Netball is art, the court is my canvas' and strong performances against the league's outstanding defenders will be vital.

After Casey Kopua's retirement from netball, the Magic have moved into this season with a new captain - Samantha Winders. The side won their Round One match against Southern Steel [54-48] and will be looking to Erena Mikaere and Holly Fowler to quickly re-establish their new defensive partnership. They've yet to make the finals and would dearly love to change that this season.

Player to watch: Keep an eye on how captain Winders leads the outfit. After missing out on the Netball World Cup and competitions since, she'll have fire in her belly to grab the attention of Dame Noeline Taurua in order to try and add to her 34 international caps.

Tactix's lockdown period has been tough. During it, Netball New Zealand had to take over their management because Netball Mainland, which previously oversaw them, went into voluntary liquidation. It's meant that Tactix have had to lose members of their personnel and that will have affected all.

Player to watch: Sit back, relax and enjoy watching the outstanding Jane Watson in action. The defender returned to the Tactix from the Steel in 2018 and has it all; vision, a lethal vertical jump and oodles of speed.

This season all eyes will be on the Mystics' shooting end. Why? Well, every one of their shooters hasn't reached their 20th birthday yet. Bailey Mes' knee surgery means that she's out for the season so Grace Nweke, Saviour Tui and Asher Grapes must step up.

Player to watch: When Wasps Netball returned from their Super Club experience, head coach Mel Mansfield highlighted Nweke as someone to keep an eye on. Last season she made her debut in Round Three, and by Round Six was a fully-fledged member of the team. She shot at 82 per cent last season and at 193cm, has considerable presence in the circle.