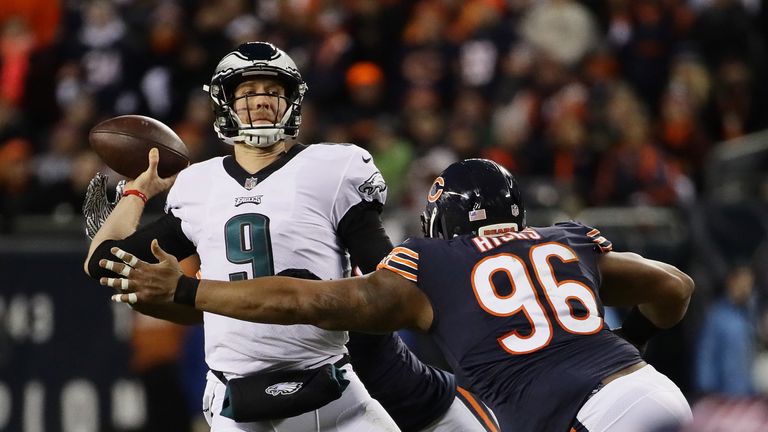 Cody Parkey missed a game-winning field goal attempt in the final seconds as the Philadelphia Eagles beat the Chicago Bears in dramatic fashion on Sunday night, earning a divisional round meeting with the New Orleans Saints next weekend.

Before Parkey's miss, Nick Foles had found Golden Tate for a go-ahead touchdown for the Eagles on fourth-and-goal, with 56 seconds remaining.

The Eagles were initially stuffed on three-straight plays from the two-yard line by the Bears' superb defense before Tate hauled in what proved to be the game-winning grab.

The Bears quickly drove down the field in response and, with 10 seconds left, Parkey had a 43-yard field goal try to win the game. But, his effort bounced off the left upright, onto the crossbar and out. Incredibly, it is the sixth time this season the Bears kicker has struck the post. 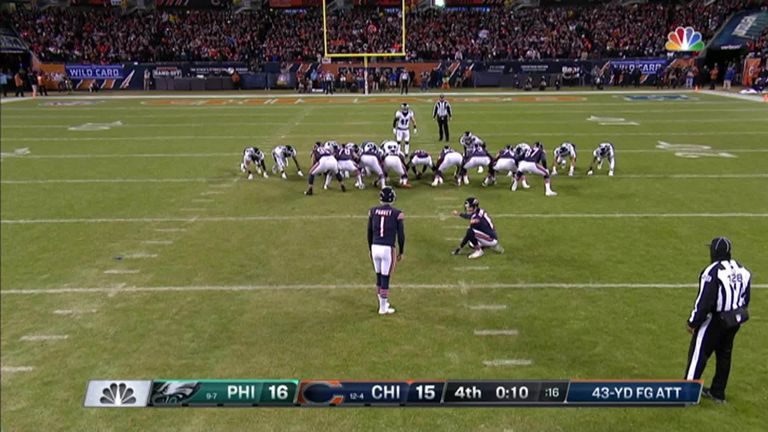 Earlier, the two teams traded in field goals in a cagey first half, one the Bears ever-so-slightly edged as they took a 6-3 advantage with them into the break.

Nick Foles finished the night 25 of 40 passing, for 266 yards and two touchdowns, but he threw two first-half interceptions which hurt the Eagles.

However, Philly went ahead 10-6 in the third quarter as Foles led a seven-play, 83-yard drive, capped with a 10-yard touchdown pass to tight end Dallas Goedert.

Foles' opposite number responded. After Parkey was successful with his third field goal try of the game, Mitch Trubisky found top-target Allen Robinson from 22 yards out to have the Bears back in front by five - after a failed two-point conversion - at 15-10.

Trubisky finished 26 of 43 passing, for 303 yards and that one TD strike, while Robinson hauled in 10 catches for 143 yards and a score.

But, Foles found Tate in the end zone late on to again edge the Eagles out in front, before Parkey's miss then saw the defending Super Bowl champions progress.

Earlier in the game, observers were left baffled by a play late in the second quarter in which Bears wide receiver Anthony Miller appeared to have made a catch, with Eagles cornerback Cre'Von LeBlanc then forcing the ball out for a fumble.

However, the play was initially ruled as an incomplete pass, so no Philadelphia player pounced on the loose football. Instead, one of the on-field officials ended up recovering the fumble. 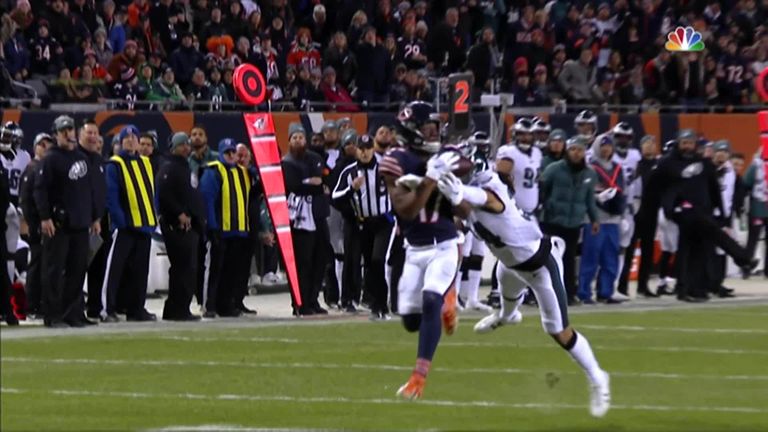