Neil Reynolds picks six storylines from Week Eight in the NFL, including the Eagles' Wembley win, the end of Hue Jackson's tenure in Cleveland and the emergence of the Seahawks and Panthers as contenders in the NFC...

Sunday's 12-hour on-air marathon from Wembley marked the conclusion of this year's regular-season games in London. And it would be fair to say they were a huge success.

The Week Eight London game between the Jacksonville Jaguars and Philadelphia Eagles is one of the headline stories that caught my eye...

The NFL certainly loves playing regular-season games in London and has committed to four more in 2019 with two being played at Wembley Stadium and another two at Tottenham Hotspur's new ground.

That is not surprising given the success of the back-to-back-to-back games played at Wembley in the past three weeks. The first contest between the Oakland Raiders and Seattle Seahawks set a new attendance record that was topped again on Sunday as 85,870 fans saw the Eagles record a 24-18 win over the Jacksonville Jaguars. Two talented, but desperate, teams met in London on Sunday and, for me, one still has hope because they have a franchise quarterback and the other is floundering. I could not have been more impressed with Philadelphia's Carson Wentz. As for Blake Bortles, of the Jags, he is just too inconsistent and doesn't push the ball downfield enough.

The Jags are in real trouble now at 3-5. Their locker room turmoil and ill discipline is a genuine concern. Four Jaguars players were arrested in London ahead of their game with the Eagles and speak of a wider problem for a team that came within five minutes of making last year's Super Bowl. 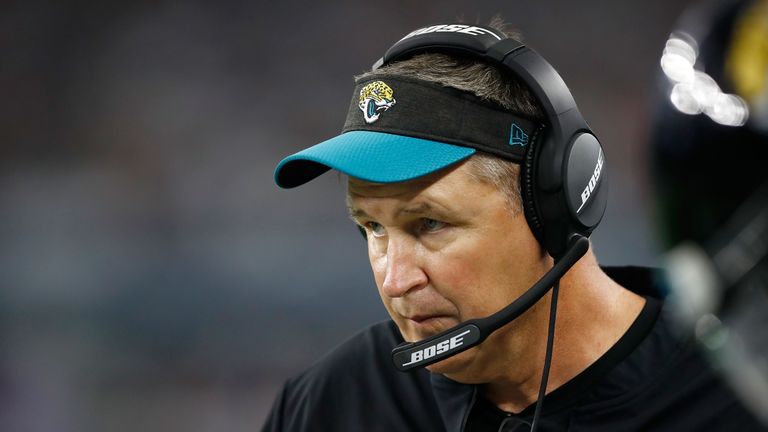 A third of the game

Coaches so often talk about special teams being a third of the game and we tend to agree whenever we see a big field goal made or missed. But the same applies to covering kick-offs and punts, and that was certainly the case in Sunday's meeting between the Los Angeles Rams and Green Bay Packers.

The Rams took a 29-27 lead with just over two minutes remaining in the contest but were far from feeling comfortable, given that Aaron Rodgers was about to get his hands on the ball with the game on the line.

But, Ty Montgomery chose to run the ball out of the end zone rather than take a knee and the Rams' Ramik Wilson forced the fumble, made the recovery and allowed Los Angeles to run the remaining time off the clock on their way to a perfect 8-0 record.

While we felt robbed of the chance to see more late-game magic from Rodgers, credit the Rams for taking every Green Bay punch thrown at them and still emerging with their unbeaten mark intact.

No surprise in Cleveland

I was not shocked to see the Cleveland Browns firing head coach Hue Jackson after their Week Eight loss to the Pittsburgh Steelers. This was a move that should have been made in the offseason and it would not have resulted in yet another lost season for the Browns.

Jackson was officially the worst coach in the Super Bowl era and I was never that impressed with him in the way he dealt with his staff and players on this summer's Hard Knocks series. I genuinely think he is a major reason the Browns have been on the wrong end of some close games this summer. 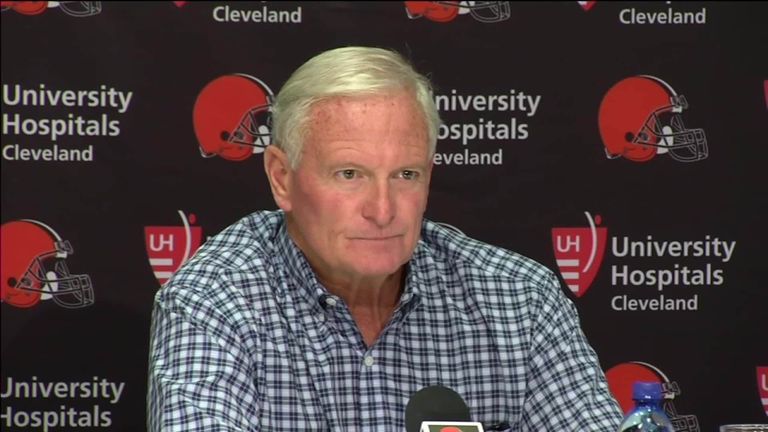 And now the team has to meander through the remainder of 2018 with Gregg Williams as the interim, thus hampering the progress of rookie quarterback Baker Mayfield. This could all have been avoided with a fresh start in the summer - and would that have really been a shock given that Jackson had gone 1-31 in his previous two seasons in Cleveland?

Written off by the world and his wife during the summer, the Seattle Seahawks remain as competitive and as relevant as ever under Pete Carroll; improving to 4-3 on the year with a 28-14 road win over the Detroit Lions.

Russell Wilson was fantastic once again and is bringing the best out of his young receivers, and the defense is playing very aggressively with a bunch of new names in the secondary.

But perhaps the biggest impact on this team has been the play of the offensive line and the discovery of a week-to-week running game. Chris Carson went over 100 yards rushing for the third time this season and a team that was supposed to be an also-ran now looks very much like an NFC wild-card contender.

Much has been made about the offensive firepower of the Kansas City Chiefs during their 7-1 start to the 2018 season. That's hardly surprising when you consider that Patrick Mahomes has thrown 26 touchdown passes in his first eight starts of the year. 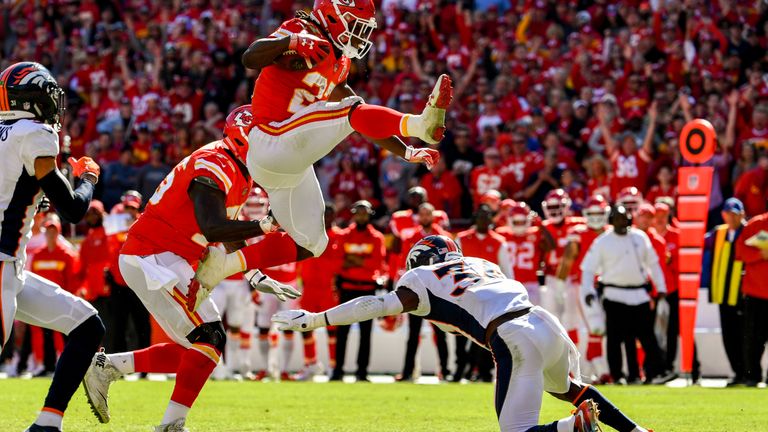 But Sunday's 30-23 win over the Denver Broncos offered up even greater hope for the remainder of this season as the Chiefs showed they can make plays on defense - previously considered a massive weakness.

Pass-rusher Dee Ford added another three sacks to his tally against the Broncos and now has eight for the year. He is proving to be something close to unblockable on third downs. Also, Chris Jones has recorded a sack in four-straight games and second-round rookie Breeland Speaks is coming along nicely.

The Chiefs are for real. 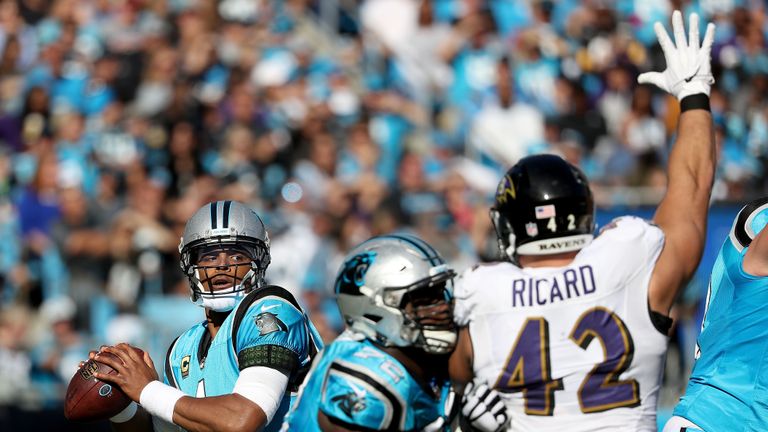 The Carolina Panthers are putting together an offense that is not only diverse and exciting to watch, it is an attack that is bringing out a more consistent version of Cam Newton than we have seen before.

Newton's career completion percentage has always hovered around the 55 to 56 per cent range, but he is completing 66.4 per cent of his throws in 2018 under the tutelage of new offensive coordinator Norv Turner.

Cam Newton has rediscovered the flair and form that led Carolina Panthers to the Super Bowl three years ago.

Christian McCaffrey and D.J. Moore are young players contributing to the cause but a big factor for the remainder of the season will be one of the veterans on the roster in tight end Greg Olsen, who is healthy once again after suffering a foot injury early in the campaign.

The Panthers are going to be in the NFC playoff conversation the remainder of the year.