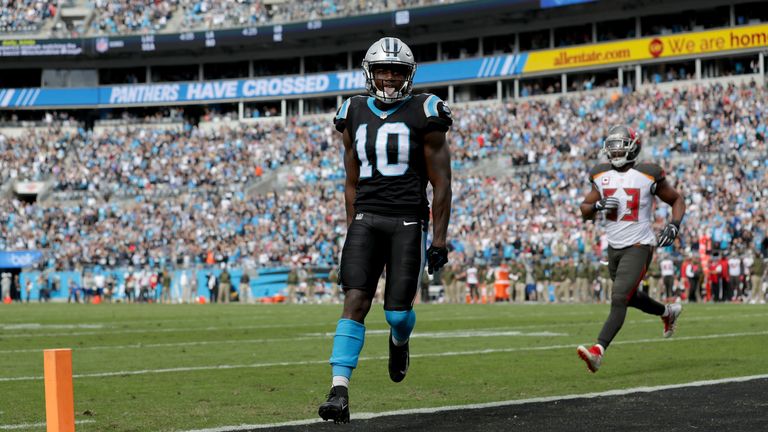 The Tampa Bay Buccaneers defense is "the worst tackling defense in NFL history", according to former NFL coach Rob Ryan.

And you can see why Rob came to that conclusion when watching events unfold in Carolina from the comfort of the Sky Sports studios on Sunday night, with the Panthers routing the Buccaneers 42-28.

Among Carolina's six touchdowns was a double-reverse TD from Curtis Samuel, breaking multiple tackles on his way into the endzone for a 33-yard score.

I say 33 yards. As Samuel weaved his way through the non-existent Buccaneers defense, he actually ended up running a staggering 103.9 yards from sideline to sideline.

Click on the video above to watch Samuel's mazy touchdown run through the Buccaneers defense.