The Houston Texans strengthened their grip on top spot in the AFC South as they beat the Tennessee Titans 24-21 to improve to 9-5.

Deshaun Watson threw 19 of 27 for 243 yards and two touchdowns as well as throwing two picks in a game that had always seemingly been in Houston's control.

Joy for the Titans on offense predominantly came through Ryan Tannehill's on-field bond with A.J. Brown, who accounted for eight catches, 114 yards and one touchdown of his quarterback's 22 of 36 for 279 yards and two scores.

The Texans continued their run as the worst-scoring side on their opening drive of a game in the NFL as Watson was intercepted by Kenny Vaccaro on second-and-seven on a pass intended for Duke Johnson in the endzone, bringing an end to a 10-play series.

Tannehill connected with Brown for a 60-yard gain on his second play but saw a seven-play drive end in a Ryan Succop 45-yard field goal being blocked and recovered by the Texans.

Three scoreless drives would follow, the third of which included the first sack of the game by Kamalei Correa on Watson for an eight-yard loss after the Texans had been pegged back to first-and-15 by Will Fuller's false start penalty.

The Titans then failed to convert an 11-play drive in brutal fashion as Tannehill's intended pass to Anthony Firkser on first-and-goal bounced off the tight end and into the arms of Whitney Mercilus.

That would prove costly as Mercilus' 86-yard return laid the foundations for Watson's 12-yard touchdown pass to Stills, followed by Ka'imi Fairbairn's extra point to earn a 7-0 lead. 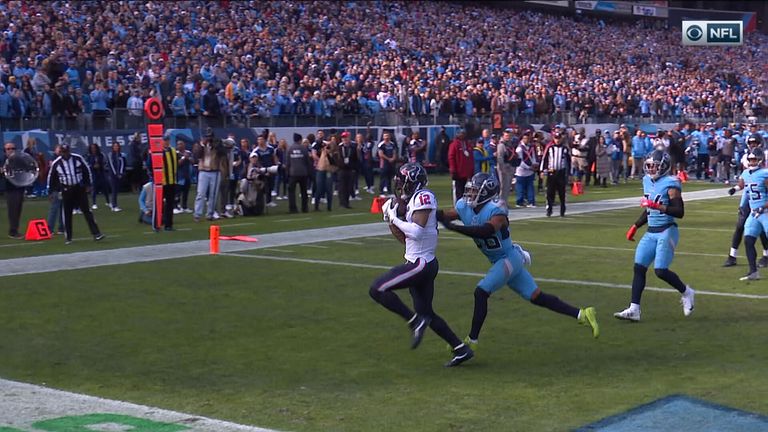 The Titans were held to a scoreless three-play drive, inviting Houston to extend their lead with a 16-yard touchdown catch from Stills on third-and-second with some help from a face mask penalty on Tramaine Brock earlier in the drive. Fairbairn's kick was good once again.

In a bid to reduce the deficit with a minute remaining in the first half the Titans attempted a fake punt on a fourth-and-10 only to see Brett Kern's intended deep pass to Dane Cruikshank broken up by Lonnie Johnson Jr to leave a nine-play drive unrewarded. The Titans responded emphatically after the interval with a 15-play nine-and-a-half minute drive ending in Tannehill walking in a one-yard touchdown on fourth-and-one.

Tannehill had played a pivotal role earlier in the series with a 10-yard scramble for a new set of downs on second-and-eight, before Derrick Henry pounded his way for an 11-yard pickup to set up a first-and-goal for the Titans.

Henry was stuffed near to the goalline twice, including a superb tackle from Zach Cunningham, until Tannehill finally rolled left to find himself with a clear path the endzone. Succop added the extra point to make it 14-7 with 5.34 left to play in the third quarter. 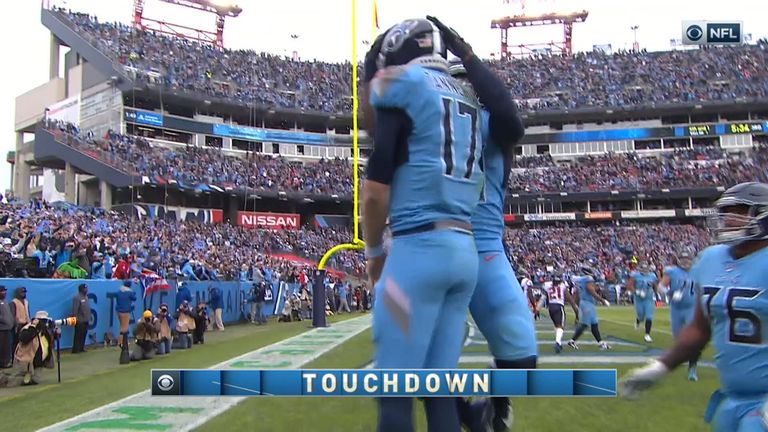 Houston replied with an eight-play four-minute possession of their own, this time with a contrasting climax as Watson was tipped by Jeffrey Simmons and then picked by Jayon Brown on a pass intended to Fuller in the endzone on a second-and-four from the Titans' four-yard line.

Tennessee wasted no time in tying things up thanks to strong hands from Brown to keep hold of a five-yard touchdown pass on a second-and-five while being hit on the edge of the endzone. A Succop extra point later and the teams were all square with 13.15 to play. 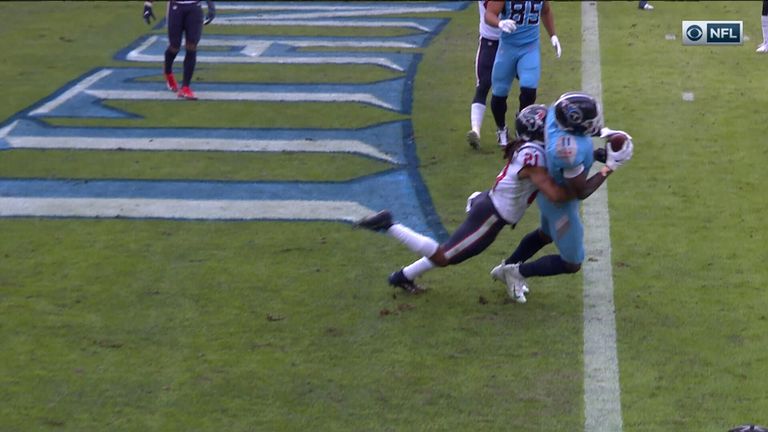 The leveller had stemmed from a superb 57-yard gain to Houston's 16 courtesy of Jonnu Smith on second-and-third, not to mention a divisive unnecessary roughness call against Brennan Scarlett that cost the Texans an extra seven yards.

Carlos Hyde restored the Texans' lead with a 10-yard touchdown run to cap a seven-play drive springboarded by Hopkins' 35-yard catch on the sideline. 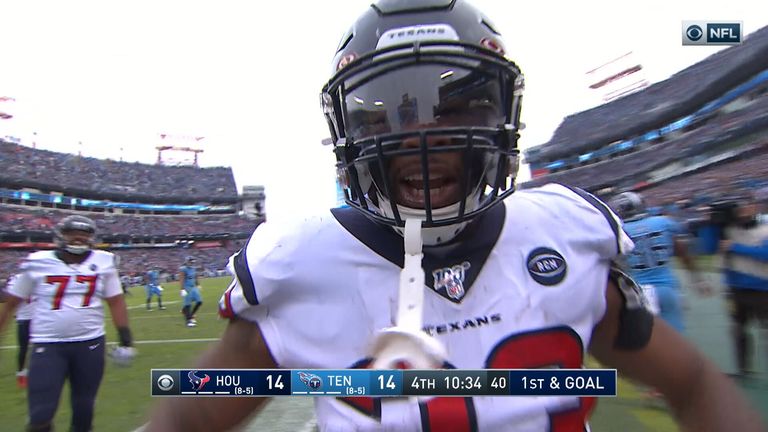 Tennessee punted on the next drive after Tannehill was sacked, paving the way for Fairbairn to kick a 29-yard field goal and earn a 10-point lead with 3.31 to play.

The Titans hit back on the stroke of the two-minute warning with an 11-yard touchdown catch from Dion Lewis and another Succop extra point.

After recovering an onside kick the Texans managed the clock well to see out the game and secure their ninth win of the year.

Houston face the Tampa Bay Buccaneers on the road next time out, while the Titans are scheduled to host the Saints.