The Ravens have now won 14-straight regular season games, dating back to a defeat to the Browns on September 29, 2019

Lamar Jackson threw a touchdown pass, Mark Ingram II rushed in for a score and the Baltimore Ravens racked up 230 total yards of rushing as they beat the Houston Texans 33-16.

L.J. Fort added a fumble return for a touchdown and Justin Tucker kicked four field goals as the Ravens (2-0) led throughout and were never truly tested except for when the Texans (0-2) pulled to within three at 10-7 in the second quarter after a Deshaun Watson 10-yard touchdown pass to Darren Fells.

Jackson completed 18 of 24 for 204 yards and connected with Patrick Ricard on a one-yard TD earlier in the second to put Baltimore 10-0 up. The reigning NFL MVP added 54 rushing yards on the ground.

Baltimore outrushed Houston 230 to 51, with the Texans picking up just two rushing first downs. Watson, meanwhile, completed 25 of 36 for 275 yards, a touchdown and an interception.

The Ravens led 20-10 at half-time and increased their lead when Tucker started the second-half scoring with a 47-yard field goal midway through the third quarter.

Ka'imi Fairbairn kicked a 35-yard field goal less than a minute into the fourth to see the Texans pull back to within 10 at 23-13. But, on the ensuing possession, Ingram took a direct snap and ran 30 yards for a touchdown to stretch Baltimore's lead to 30-13.

Fairbairn's third field goal, a 45-yarder, made it 30-16 before Tucker kicked his fourth an final FG, a 20-yarder, with just under four minutes remaining. 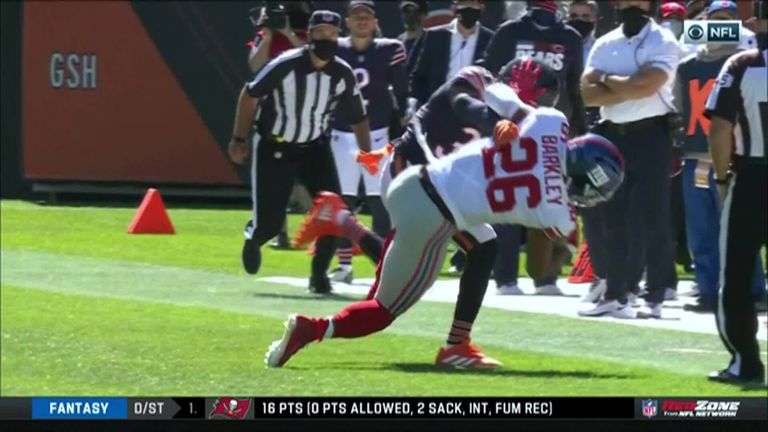 New York Giants star running back Saquon Barkley suffered what is feared to be a season-ending ACL tear in the second quarter of the 17-13 loss to the Chicago Bears on Sunday.

Injuries wreaked havoc generally around the NFL, with San Francisco 49ers suffering four of them as they rallied to beat the New York Jets 31-13, while Carolina Panthers running back Christian McCaffrey, Green Bay Packers receiver Davante Adams and Denver Broncos quarterback Drew Lock, among others, also went down.. 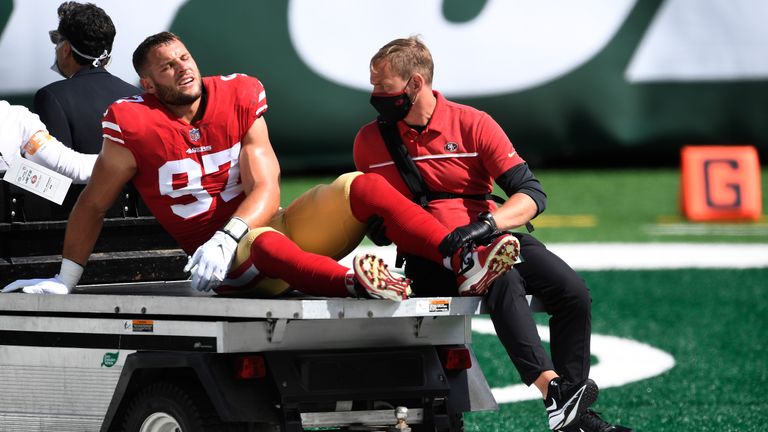 49ers coach Kyle Shanahan told reporters after the game that 2019 defensive rookie of the year Nick Bosa and fellow defensive end Solomon Thomas both likely have ACL tears, while quarterback Jimmy Garoppolo (ankle) and running back Raheem Mostert (knee) both sat out the second half with injuries. 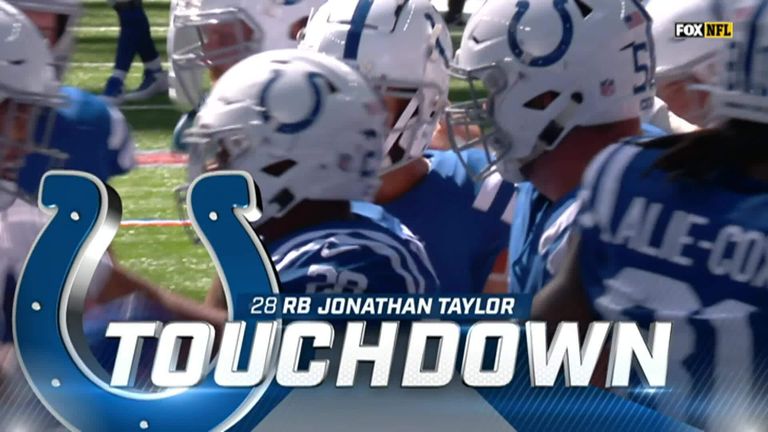 Jonathan Taylor flourished in the absence of Marlon Mack on the ground with 26 carries for 101 yards and a touchdown as the Indianapolis Colts strolled to a 28-11 victory over a lacklustre Minnesota Vikings.

Quarterback Philip Rivers finished 19 of 24 passing for 214 yards, one touchdown and one interception in a game that saw tight end Mo Alie-Cox shine as starter in place of the injured Jack Doyle with five catches for 111 yards.

Kirk Cousins endured a miserable afternoon with 11 passes for 113 yards, zero touchdowns and three interceptions, while the Vikings were similarly uninspiring on defense as they continue to miss star defensive end Danielle Hunter.