Tua, the No 5 pick in the 2020 NFL draft, is not expected to play this season as the Dolphins stick with 37-year-old Fitzpatrick after he steered a struggling team to a 5-11 record last year with his improvisational style of quarterback play.

Fitzpatrick, who has bounced around the league, playing for eight different teams in a 15-year career, threw two touchdown passes and ran in for another in Miami's 31-13 win over the Jacksonville Jaguars on Thursday night, and Burleson believes the popular figure is the perfect mentor for Tua. 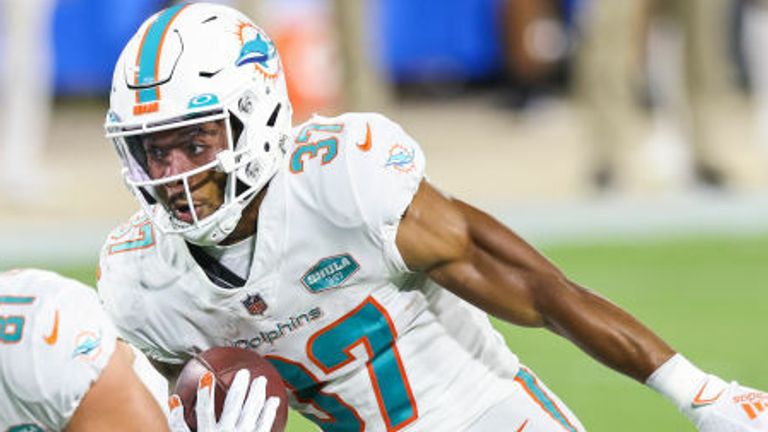 "Fitzpatrick is a dude who has moved around, obviously, but one who has also endeared himself to every fan base," Burleson said on Good Morning Football (weekdays at midday on Sky Sports NFL).

"The way he plays is not the traditional quarterback play of dropping back, hitting the open guy.

"He leaves the pocket, is a little bit reckless, and instead of sliding, he'll take a hit; instead of trying to protect his body, he'll throw it out there.

"Instead of being a little bit more reserved with some of his throws, he'll take a risk, which is why he'll have a multiple interception game every now and then. 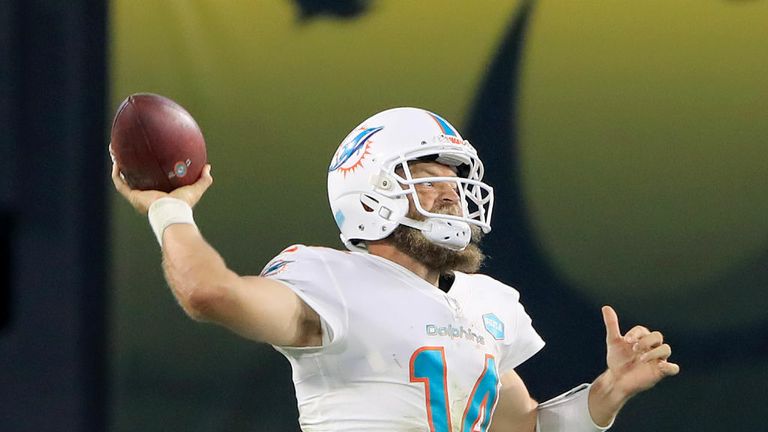 "But the reason why I love the way he plays is because Tua is on the sideline.

"We know Tua is a guy who is going to take care of the rock, he's traditional, makes good decisions, doesn't throw games away, but I want him to have that little bit of recklessness.

"And who better to learn that from than a guy like Fitzpatrick? That's going to make Tua a better quarterback when he does step on the field."

Burleson's GMF colleague Peter Schrager, however, believes it will still be some time before Tua sees action, adding that the Dolphins players love playing for Fitzpatrick - even fighting over who gets to sit next to the charismatic QB in team meetings.

"There is a charisma and attitude that he brings, that maybe some of us - me included - are short-sighted when we're calling for Tua [Tagovailoa] before a game," said Schrager. "They're 1-2 [the Dolphins] and right back in the mix. 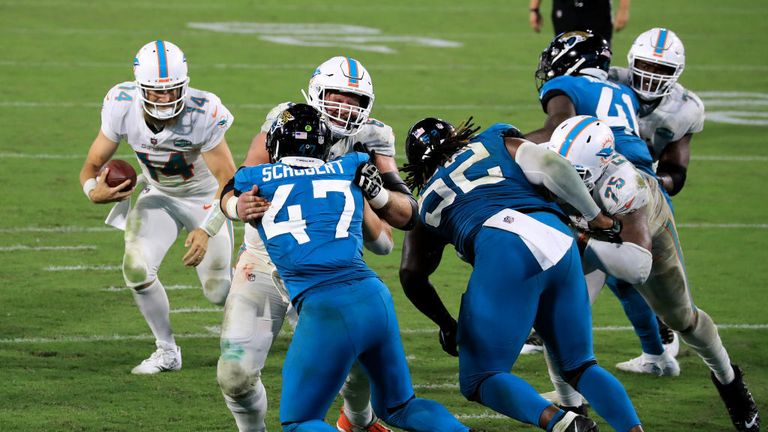 "He scored a touchdown and gave the ball to the center, like 'you spike it'.

"Myles Gaskin - a young, second-year running back - had a great quote, saying 'we race to the offensive meeting room to see who can sit next to Fitzpatrick first'. That's how much they love playing for this guy.

"Tua was smiling on the sidelines. He's going to be the quarterback of the future but, in the meantime, it's going to be really difficult to convince that locker room that Fitzy's not the guy when they play for him that way."

Buffalo Bills quarterback Josh Allen is 'one of the best playmakers in the game right now', according to former NFL QB Chris Simms.

Allen, the third-year quarterback out of Wyoming, has completed 57 of 81 passes for 729 yards and six touchdowns in guiding the Bills to a 2-0 record.

"The plays he makes are astounding," Simms told Pro Football Talk. "He's one of the best playmakers in the game right now; their offence is dangerous.

"He might be the MVP of football, other than Russell Wilson, through two weeks."

Who will replace the NFL's injured stars?

Head coaches and general managers were forced to cast their eyes upon free agent lists, depth charts and practice squad options this week after injuries ravaged a bizarre NFL Sunday.

On a weekend that staged the thrilling match-ups that helped you forget fans were not present, a striking number of the league's top players saw their campaigns come to an abrupt halt.

We take a look at those next in line as teams deal with their high-profile absences heading into Week Three.