Jay Ajayi on NFL Overtime (Tuesdays, 9pm): "Patrick Mahomes is playing like he's from outer space... I think there might be another Super Bowl coming back to Kansas City"; Watch Broncos @ Chiefs, live on Sky Sports NFL, 1.20am, Monday morning 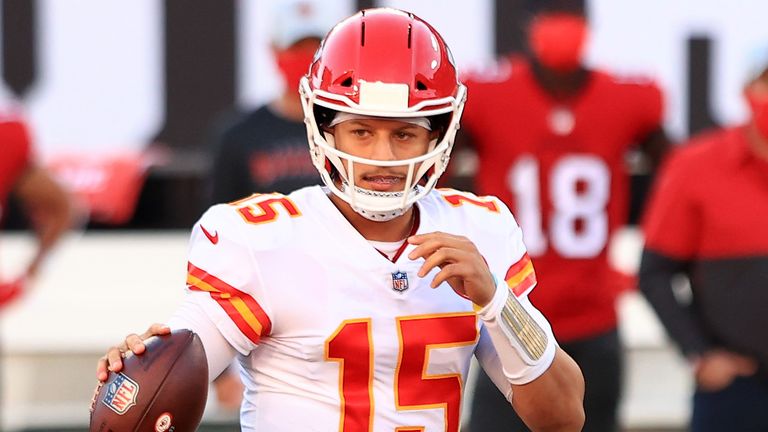 Former Super Bowl-winning running back with the Philadelphia Eagles, Jay Ajayi, believes the Kansas City Chiefs could be set to win back-to-back titles, describing their offence as "ridiculous" and "like a cheat code".

Kansas City are 9-1 on the season, with their quarterback Patrick Mahomes throwing for 462 yards and three touchdowns in their latest win over the Tampa Bay Buccaneers on Sunday - 359 of those yards coming in a staggering first-half display. "Kansas City, what they're doing is ridiculous," said Mahomes. "They're like a cheat code with how they're playing.

"They won the Super Bowl last year and it doesn't seem like there has been any drop off.

"Mahomes is playing like he's from outer space. It's crazy; the Chiefs, they have it and you can just tell they know what needs to be done week in, week out.

"They've been flying under the radar, but they're 9-1 and so they're the frontrunner almost. They've just got to keep it up.

"The defence is definitely something the Chiefs need to worry about - focus on fixing the minor details. They're still getting turnovers and takeaways but they've got to stop the points that are being put up on the board.

"If they just clean up that stuff, I think there might be another Super Bowl coming back to Kansas City." 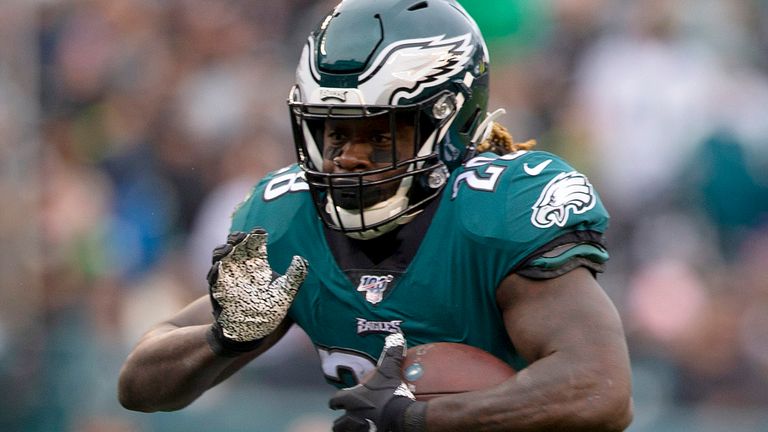 London-born Ajayi is currently a free agent having been released in December of last year by the Eagles, who he won Super Bowl LII with in 2018. He said he is recovered from injury and ready for an NFL return.

"Great to be off the crutches; I've been training, working hard and trying to stay in shape and coronavirus-free too," said Ajayi.

"This has been a crazy year for the NFL, with everything that is going on in real life.

"I'm just trying to deal with that and still be a pro at the same time."

'Henry in the conversation for MVP'

The NFL Fantasy Football expert also thinks that Tennessee Titans running back Derrick Henry, who currently leads the NFL in rushing - 1,257 yards and 12 touchdowns - is in the conversation for league MVP.

"A beautiful, brilliant performance [by the Chiefs]," said Adams. "We always talk about who is the best wide receiver: we hear DeAndre Hopkins, Davante Adams, Julio Jones; we do not hear enough about Tyreek Hill.

"I don't know if it's because he's slight, not as big, but when you think about receivers, he has to be in that conversation.

"Henry is vey much in the conversation for MVP, when you consider a running back for that award.

"The Colts couldn't contain him in any way [losing 45-26 on Sunday]. If DeForest Buckner was out there, it might have been a different story and the game would have been more competitive.

"But Henry, when he gets going, it's hard to stop him - at his size, at his speed. It doesn't really make sense from a physics perspective."