The NFL's trade deadline passed on Tuesday with minimal activity, with beleaguered Houston Texans quarterback Deshaun Watson staying put despite talk of a move to the Miami Dolphins.

The Texans have held discussions with the Dolphins for weeks about trading the troubled star, who currently faces 22 pending civil lawsuits alleging sexual misconduct, in addition to 10 criminal complaints.

Watson has not been charged with a crime, though concurrent investigations by both law enforcement and the NFL are ongoing. He has not played a snap for Houston during the 2021 season.

Jackson announced his departure from the team on social media, writing: "I am very grateful for the time that I spent playing for the LA Rams. 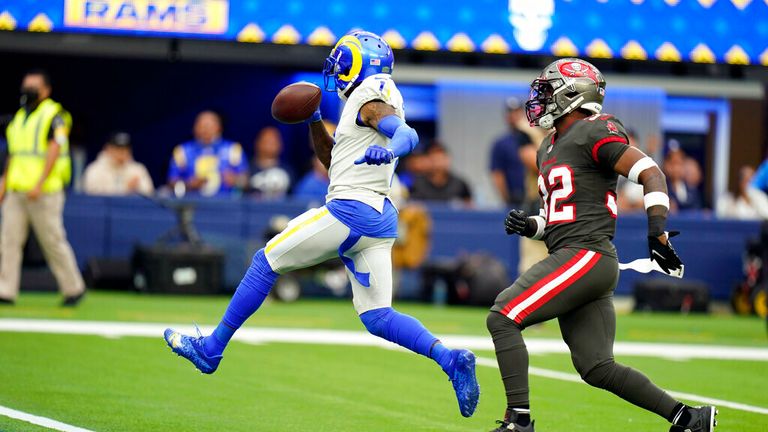 "Although this isn't the outcome that we wanted, I am extremely appreciative for the opportunity & support given to to me by the Rams Coaches & all of the Fans. I understand that everything happens for a reason & I look forward to beginning the next chapter of my NFL career. Thank you."

Another casualty, released by their team after playing in just two games, was Green Bay Packers linebacker Jaylon Smith - less than a month after signing with the team following his release from the Dallas Cowboys.

One player who isn't going anywhere, however, is Odell Beckham Jr., with the receiver staying put in Cleveland despite a tweet from basketball superstar LeBron James which included the hashtag #FreeOBJ.

Beckham has struggled for production with the Browns since being traded to the team in 2019. He has just 232 yards receiving and zero touchdowns through six games this season.

Back in Miami, the passing of Tuesday's trade deadline without the Dolphins moving for Watson is sure to bring a sigh of relief to their starting quarterback Tua Tagovailoa﻿, the No 5 overall pick in the 2020 NFL Draft.

Miami, who finished 10-6 last year, have had a disappointing start to this campaign, losing seven straight since an opening weekend win over the New England Patriots. That team's struggles prompted the Watson trade discussion, with the Texans QB seemingly willing to waive the 'no-trade clause' in his contract only for the Dolphins.

But, ultimately, an agreement was not reached before Tuesday's deadline of 8pm UK time, with Watson's unsettled legal situation a factor according to NFL Network Insider Ian Rapoport. Houston's asking price was reported to include three first-round draft selections.

The three-time Pro Bowler Watson passed for an NFL-high 4,823 yards last season, with 33 touchdowns to only seven interceptions - and that was despite playing for a poor Texans team that finished 4-12 on the season.

The Denver Broncos traded rookie cornerback Kary Vincent Jr to the Philadelphia Eagles on Tuesday for a 2022 sixth-round draft pick, while Houston picked up a 2023 sixth-rounder in sending defensive end Charles Omenihu to the San Francisco 49ers.