NFL Predictions Week 10: Jeff Reinebold on the comeback trail as he eats into Neil Reynolds' lead

Jeff Reinebold got the better of Neil Reynolds with their Week Nine NFL predictions and he now trails by just six games on the season... but can he keep on the comeback trail as the pair make their Week 10 game picks?

By correctly calling the Cleveland Browns to beat the Cincinnati Bengals, Jeff edged out Neil with 9 correct picks to 8 last week, but he still trails 88-82 across the whole 2021 season..

Click on the link below to listen to this week's ITH podcast, and read on to see Neil and Jeff's Week 10 predictions...

"What an amazing run the Titans are on! Firstly, they beat Jacksonville, but then as underdogs they knocked off the Bills, the Chiefs, the Colts (they might have been favourites for that one) and then the Rams.

"You've got to credit head coach Mike Vrabel. They found another way to win, without Derrick Henry to injury, in Los Angeles last week; they only had 69 total rushing yards as a team, Ryan Tannehill with just 143 yards passing.

"I'm picking Tennessee to keep the streak going with a win in this one. The Saints are a good football team, but I don't think they've got a clear idea of who out of Trevor Siemian and Taysom Hill should be their quarterback right now."

"I agree with you. Tennessee are a hot football team right now, they're playing with a lot of confidence on defense and, you're right, the Saints are still trying to figure out what their new identity on offense is going to be." 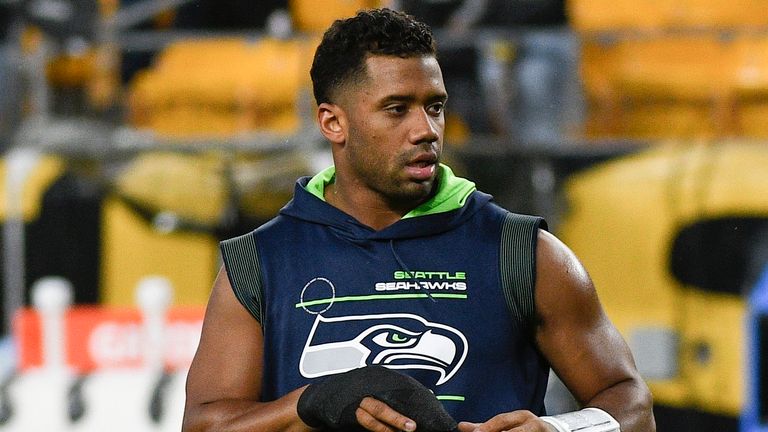 "It looks like Russell Wilson is going to be back for Seattle in this one, and we hope Aaron Rodgers too for Green Bay - though he won't be cleared until the weekend.

"These two quarterbacks have met eight times before, they're 4-4 against each other and the home team has won every time. So, with this game taking place at Lambeau Field - and, apparently with a 30 per cent chance of snow forecast - I'm going with the Packers here."

"I like Green Bay in this one too, especially if Rodgers is back.

"Wilson is coming in off a tough injury to recover from, he's on the road, it's going to be cold in Green Bay - so it has all the makings of a home win." 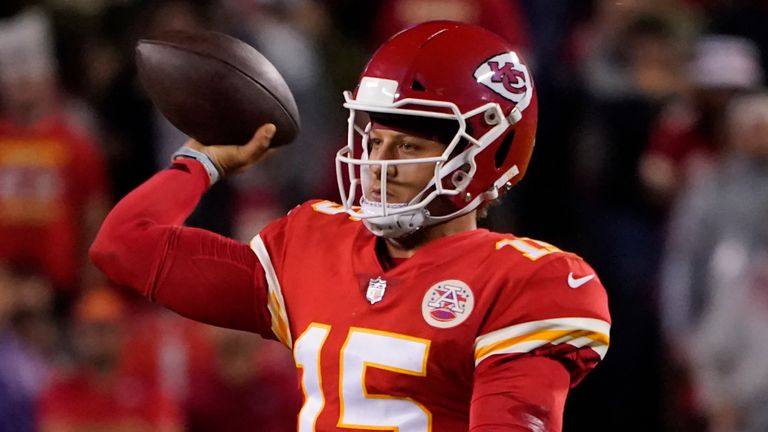 "This is a tough one because, for me, the Chiefs are a better football team than the Raiders, but the Raiders have pressured quarterbacks at a higher rate than any other team in the NFL this season - and Patrick Mahomes has not handled pressure very well.

"This game is in Las Vegas; I still think the Chiefs come away with the win but I think, again, it won't be pretty."

"Raiders Nation are going to be up in arms at me picking them. Because basically every time I pick them, they lose.

"But I'm taking them to bounce back at home - I just see too many challenges for this Chiefs team."

"The 49ers have not won a home game this season. And I think they're going to have to wait a bit longer as this San Francisco team are in a bit of turmoil and I see the Rams getting back on track with a win on the road."

"This 49ers team are reeling. We've talked about the Jimmy Garoppolo conundrum at quarterback, their defensive coordinator is taking all kinds of heat and, frankly, I think head coach Kyle Shanahan is coming under a bit of pressure.

"This is a team that desperately needs to turn it around but I don't think this is the weekend that it happens." "Let's not mess about here, it has to be Baltimore all the way."

"Move on to the next one. Ravens for me too."