Ben Roethlisberger completes 29 off 44 passes for 215 yards and two TDs in likely his final NFL game; Patrick Mahomes goes 30 of 39 for 404 yards and five touchdowns; the Kansas City Chiefs move on to host the Buffalo Bills in the divisional round of the playoffs next Sunday. 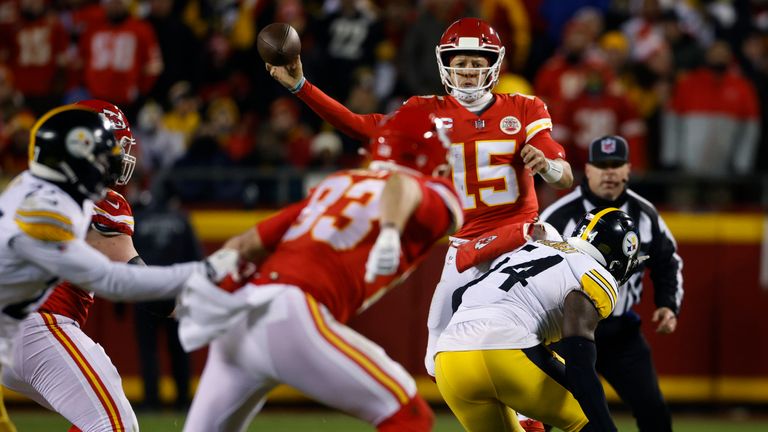 Patrick Mahomes threw for 404 yards and five touchdowns as the Kansas City Chiefs swept aside the Pittsburgh Steelers 42-21 in their Wild Card meeting at Arrowhead Stadium on Sunday night.

Though there is no official confirmation yet, the loss is likely to be Steelers long-time quarterback Ben Roethlisberger's last game in the NFL. The 39-year-old is expected to officially announce his retirement soon.

With victory, Kansas City will now host the Buffalo Bills in a mouth-watering divisional-round matchup next Sunday. The Bills are coming off a stunning 47-17 Wild Card win over the New England Patriots and they were victorious earlier in the season at Arrowhead Stadium, winning a Week Five matchup 38-20.

The Chiefs scored touchdowns on six-straight possessions either side of the half to streak out into a 42-14 lead, though the home side were very sluggish to start the game on offense and actually trailed 7-0 almost five minutes into the second quarter before finally finding their form.

The Steelers didn't capitalise on Kansas City's early struggles. Both teams punted on the opening five possessions of the game as they amassed a paltry, combined 30 yards of offense.

Mecole Hardman seemingly got things going with a 48-yard punt return to see Kansas City deep into Pittsburgh territory, only for Mahomes to then throw an interception to Devin Bush on the very next play.

The next Chiefs error would come from Darrel Williams, as he fumbled the football early in the second quarter, with Defensive Player of the Year favourite T.J. Watt scooping it up and running it back for a 26-yard TD to open the scoring. 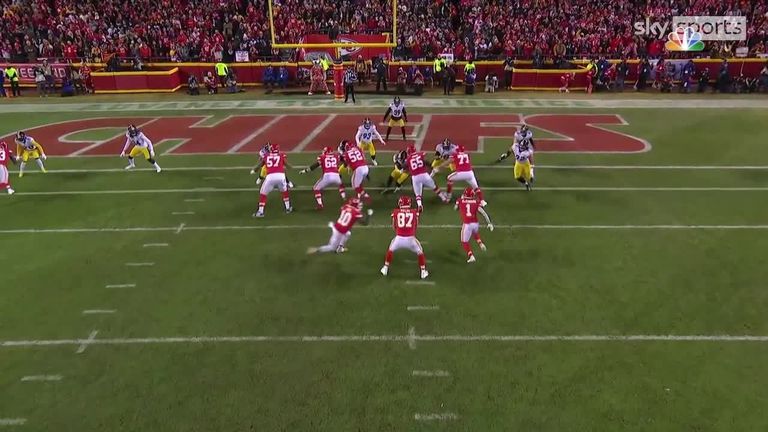 It only succeeded in waking Kansas City from their slumber, however, as they then scored on their next six offensive series' to streak clear of the Steelers, who continued to struggle on offense. Mahomes accounted for five of the scores, with the third a 48-yarder to Travis Kelce, who was responsible for throwing the other touchdown - a two-yarder to Byron Pringle, for his second TD reception, in the fourth quarter.

Offensive tackle Nick Allegretti gobbled up a goal-line lob from Mahomes to open the second-half scoring, while a 31-yard strike to Tyreek Hill opened up a 35-7 advantage for KC. 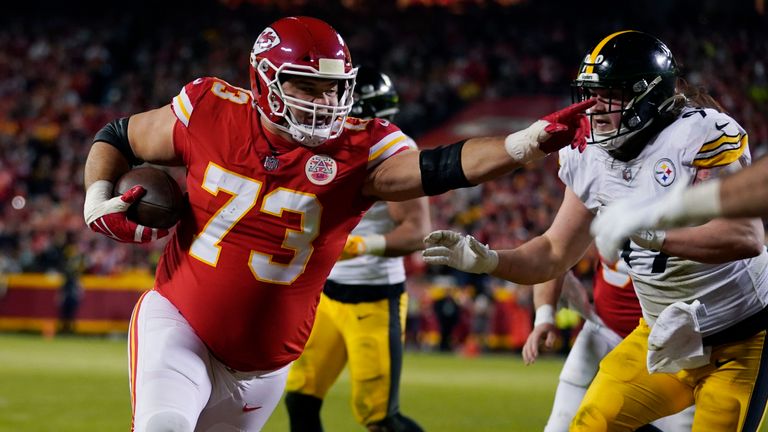 Pittsburgh did not run an offensive play in Chiefs territory until after the break when Roethlisberger connected with Diontae Johnson and James Washington for 13 and 15-yard touchdowns, respectively.

Big Ben and the Steelers would get the ball back one final time with four and a half minutes left on the clock, but there was to be no final touchdown throw from the future Hall of Famer on his last series leading the offense as time expired on his efforts to find the endzone from deep into Kansas City territory.

The Chiefs will next host the Bills on Sunday night in the divisional round of the playoffs, making for a hugely exciting matchup, particularly between Mahomes and Josh Allen as two of the best young quarterbacks in the game at the moment.

The Wild Card round concludes when the Arizona Cardinals visit the Los Angeles Rams in the early hours of Tuesday morning, live on Sky Sports NFL, to determine who progresses to play Tom Brady and the defending Super Bowl-champion Buccaneers in Tampa Bay next Sunday.