Dina Asher-Smith failed to make 100m final and withdrew from the 200m with hamstring injury; "It's been a crazy, intense and heartbreaking period. I was in the shape of my life. I'm not trying to sound arrogant but that is where I was", Elaine Thompson-Herah wins 100m gold

Dina Asher-Smith has withdrawn from the 200m at the Tokyo Olympic Games due to a hamstring injury, but will compete in the 4x100m relay.

The 25-year-old failed to make the final of the 100m and then decided to withdraw from the 200m due to a hamstring injury she is still recovering from.

Following her third place in the 100m semi-final heats, Asher-Smith revealed that she had suffered an agonising hamstring tear in the final of the British Olympic trials.

Asher-Smith fought back the tears as she announced that she would have to withdraw from the 200m.

"It's been a crazy, intense and heart-breaking period. I was in the shape of my life. Without a doubt. I'm not trying to sound arrogant but that is where I was," she said, as Jamaica's Elaine Thompson-Herah defended her 100m title.

"The big story of the day was the clock (initially giving her a new British record before correcting) and I was thinking 'I don't care about the clock'.

"My leg was doing something different. I was told that day it was a rupture so that my hamstring and tendon were no longer attached and I would need surgery. It would be three or four months until I walk again and then a year to sprinting.

"That day I was just in floods of tears....that was a difficult 48-72 hours for me. It was insane. At that point I had a statement written, I probably still have it on my phone, ready to go out just before selection. I wasn't going to be selected.

"I was on crutches, off crutches, learning how to fully extend it again, walk, drills, jog, run. We were counting down.

"It was a 3A tear from a German classification. I think that equates to about a Grade 2. Normally the recovery time is six weeks to start training again. So we've done really well."

Asher-Smith will not run in the 200 metres but believes she has enough to compete in the relay.

"I'm doing the relay, 11.05 is incredibly useful in a relay leg, especially with Daryll," she said.

"I think we're a very talented bunch. Me with a few more days of training and Daryll is in fantastic shape. I'm so proud of her. We grew up 20 minutes apart."

Prior to the Games, the sprinter had pulled out of events in Stockholm and Gateshead, but the true extent of the injury had not been made public.

Asher-Smith said that she was initially told in Manchester that she had ruptured her hamstring. She was advised that the injury would require surgery and three or four months of rehabilitation after that.

She gained a second opinion and that revealed her hamstring was still attached, but it was significantly torn.

"The most frustrating thing for me is I was in the shape of my life and I can say that with my hand on heart," Asher-Smith said straight after her 100m semi-final.

"If you asked me six weeks ago, I was very confident I was going to win this [the 100m]. I'm being completely frank because I knew that every part of my race - my start, transition and finish - were better than some of the fastest women in the world. 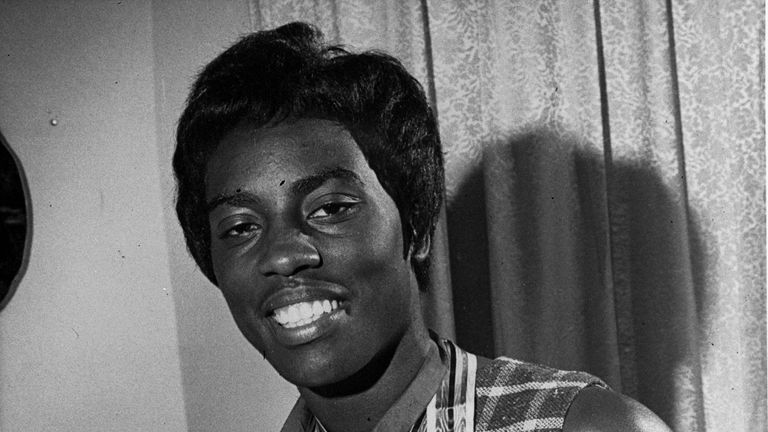 "When you get a hurdle like that [the injury], suddenly everything re-jigs. I had the low of being told that it was impossible for me to even be in Tokyo. Then, being told that there was a chance.

"Thank you to all of my brilliant close friends who knew, and who have been with me emotionally. Thank you all for keeping my secrets.

"It's been a journey. I am honestly so proud to have come out here and run a 11.05 off a week's worth of sprint training, because I spent four weeks trying to run again."

For Asher-Smith, pulling out of the 200m event which starts on Monday, is something that she's finding incredibly difficult to deal with.

"As the reigning world champion, and I was in such good shape, you just know that becoming the Olympic champion is not too much of a further step," she said.

"With the journey of having three weeks off running, a week running slowly and then just putting my spikes on, crossing my fingers and hoping for the best, I'm really proud to have been execute my races here. I'm really proud of everything that I've done to this point.

"When you are talking about the standard that I want to be at, and I know that I am capable of sometimes… there are plenty more championships for me to come and kill.

"We are in the middle of a four-to-five-year cycle and yes, I got a hamstring tear at the most inconvenient time, but it doesn't really change the fact of the calibre of athlete that I actually am.

"I know that if I want to showcase that, I just need a few more weeks of power training and speed endurance to fill that gap that we had when I was trying to walk again and extend my knee.

"John's told me that it's a no [for the 200m]. Even though that broke my heart because I'm a competitor, but he's wiser than me. Yes, these are the Olympics, but there will be another one."