Peter Mata'utia's personal haul of 12 points helped Castleford Tigers keep their hopes of reaching the play-offs alive as they opened day one of Super League's Magic Weekend with a 29-18 victory over Salford Red Devils.

The Red Devils put in a spirited display after the interval too, but Jordan Turner and Mata'utia - forming a makeshift half-back partnership in the absence of Gareth O'Brien and Danny Richardson - both crossed for tries to put the seal on the win, with the latter kicking four goals too.

Salford had made the brighter start, applying pressure after Cas failed to find touch from an early penalty thanks to Joe Burgess' acrobatics, but a mix-up on the last tackle between full-back Morgan Escare and winger Sio saw a promising attack come to an end.

It was, instead, the Tigers who took the lead in the eighth minute as the returning McShane scampered out of dummy-half in trademark fashion and shrugged off the Red Devils' attempted tackles to score next to the posts, giving Peter Mata'utia a simple conversion attempt.

At the other end, Niall Evalds scrambled well to deny his former club by holding scrum-half Hingano up in the corner, but the Red Devils hit back six minutes later after Brown, lining up at loose forward for what is set to be his last Magic appearance, was taken out off the ball.

From the penalty, Salford set up an attack which was finished when Dan Sarginson and Tui Lolohea took the ball left to right for Sio to dot down in the corner for a try converted by Krisnan Inu.

Castleford's response was swift though and McShane was involved again, making another scoot from dummy-half before this time passing inside for prop Smith to power through the wrongfooted defence for another converted score.

The end-to-end nature of the contest continued as Salford drew level again in the 25th minute, setting up an attack after forcing a goal-line drop-out which was finished when winger Burgess collected a superb offload from Ellis Robson went over on the left for a try converted by Inu.

Holmes put Castleford's noses in front again with just over two minutes to go until half-time as the Tigers capitalised on a knock-on by the Red Devils in a promising position. A long-range attack which was kept going by Mata'utia's offload saw the second row take a pass from McShane and twist his way over to dot down.

That unconverted score put Daryl Powell's men four points up at the break and they aimed to press home that advantage when play resumed, applying pressure to the Salford defence which eventually told 10 minutes into the second half when Adam Milner, on at hooker in place of McShane, set up Turner to force his way over.

However, the Red Devils rallied and showed they were not done yet as a penalty for an illegal ball steal followed by two repeat sets of six allowed them to keep probing away which was eventually rewarded in the 57th minute as Tonga international Hingano sliced through a gap for a converted try.

Castleford were kept on the defensive for large parts of the second half as Salford kept pressing, but player of the match Mata'utia put the seal on the win when he brushed through the Red Devils to score seven minutes from time, with Turner landing a late drop goal as well. 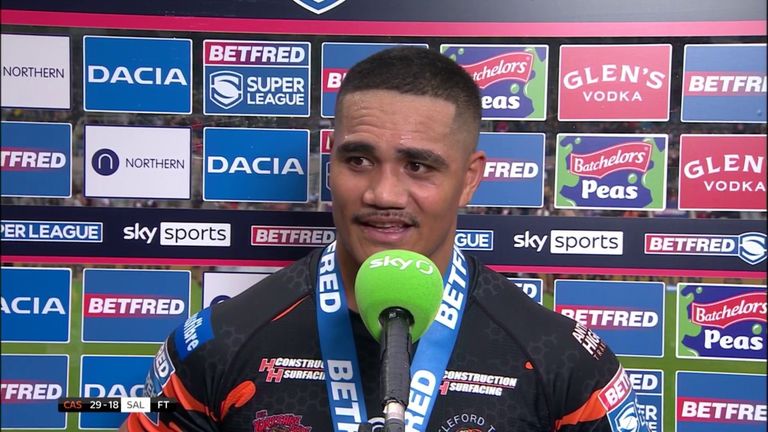 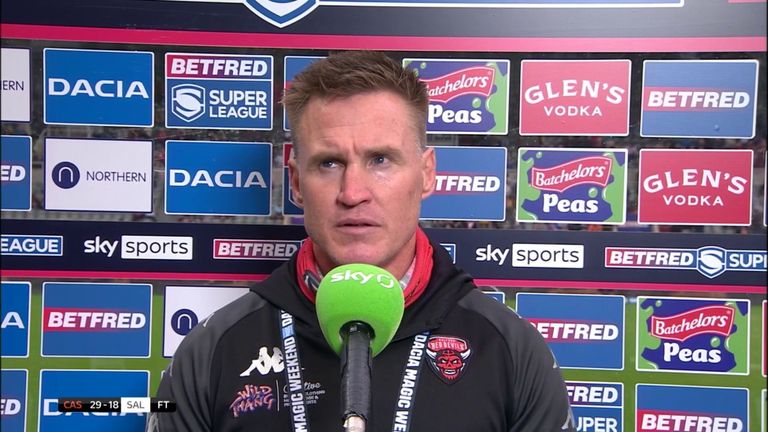 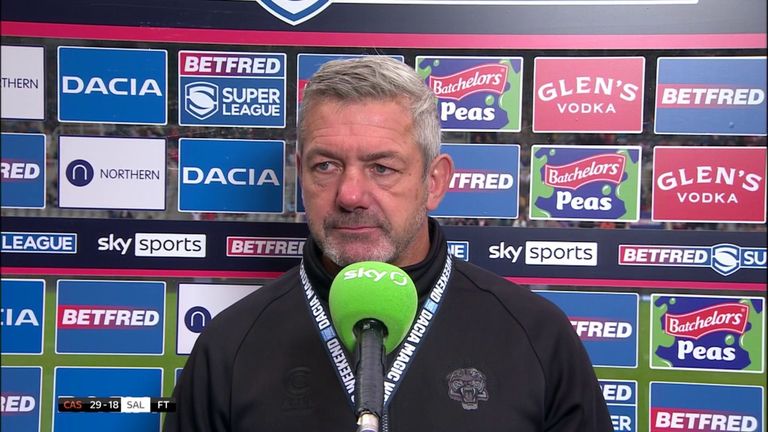