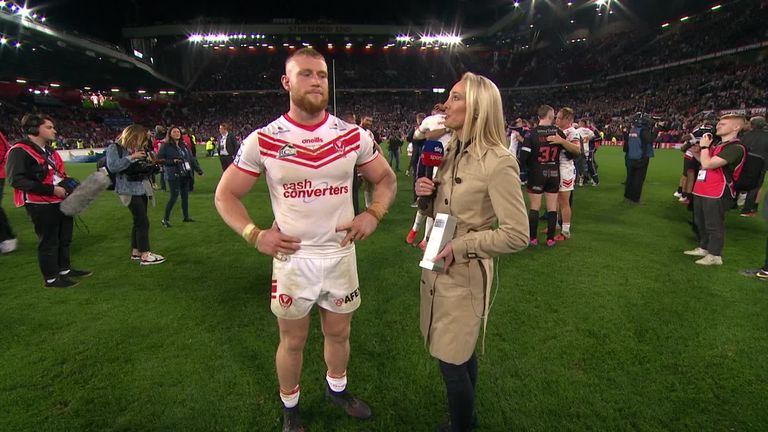 Luke Thompson was pleased just to play a part in helping St Helens claim the Super League title after being named as man of the match in the Grand Final.

Thompson became the first prop to win the Harry Sunderland Trophy since Wigan's Andy Platt in the 1992 Premiership final, making him the first of the Super League era to earn the accolade as well.

The 24-year-old played down the personal honour, however, and was glad to have contributed to sending departing head coach Justin Holbrook out on a high with the 23-6 victory over Salford Red Devils.

"It's an unbelievable feeling," Thompson said. "We've worked so hard all year as a group and we work hard every week in training, so we were determined to get the win.

"We haven't been here since 2014, so it's an unbelievable feeling and I'm made up to do the job for Justin to send him home with some silverware.

"I didn't even think about winning man of the match, I just wanted to do the job for the team and thankfully we got the job done." 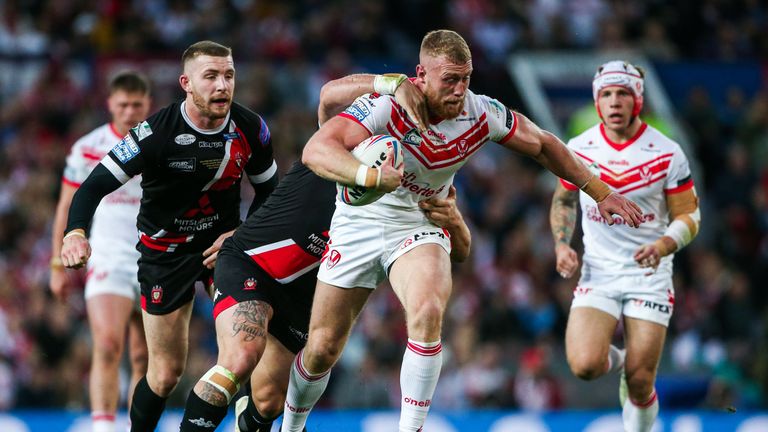 “I didn't even think about winning man of the match, I just wanted to do the job for the team and thankfully we got the job done.”

Thompson's form in 2019 has seen him come to be regarded by some observers at the best prop in the world at present, something which was underlined by some of the numbers he put up in the win at Old Trafford.

The England international carried for 188 metres and made 42 tackles, along with putting in a huge shift of 72 minutes in the middle before being brought off in the closing stages.

St Helens boss Holbrook was full of praise for Thompson after his role in their victory and concurred with the view that there is no-one better in his position at this moment in time.

"Not as far as I'm concerned - not after the job he did for us," Holbrook said. "This year, we've held him back a few times and he's been good to go back on, but it's been about giving other guys game-time when we've had that luxury.

"But against Salford, we'd never spoken about how long and it's just the way it goes, and he did great."

The season is unlikely to be over for Thompson, however, and he will find out today whether or not he has made the cut for Wayne Bennett's Great Britain squad before the official announcement on Monday.

The Bold Miners youth product is relishing the prospect of taking on Tonga, New Zealand and Papua New Guinea this winter and was feeling no ill-effects from his mammoth spell up against the Red Devils' forwards.

"I'll be over the moon if I get a Great Britain call and hopefully I can take that form into those games."