Like people from all walks of life during the ongoing coronavirus pandemic, clubs and individuals in rugby league have been using this period while the game is suspended to lend help and support to their communities.

Bradford Bulls ladies captain Amy Hardcastle is one of those on the frontline in her job as an accident and emergency healthcare assistant, while Wigan Warriors' Willie Isa is among those who have registered as an NHS volunteer.

For others, that means repurposing their businesses outside of playing, and Sky Sports News' Fraser Dainton caught up with Warrington Wolves prop Mike Cooper and Toronto Wolfpack back row Jon Wilkin to find out how they have been doing just that…

From clothing supplies to providing PPE

When he is not starring on the field for Warrington, Cooper runs a clothing business which supplies custom school uniforms and PE kits, t-shirts and promotional items.

Bubble Customised have forged contracts with major companies including Disney, which means they have been able to make contacts around the world.

After seeing appeals on social media over shortages of protective equipment faced by NHS and care workers on the frontline of the pandemic, Cooper decided it was time to utilise those contacts to shift his business' focus.

"We're used to bringing in large amounts of clothing and PPE from all over the world," Cooper told Sky Sports.

"It was an opportunity a couple of weeks ago we thought to branch out to them and say, 'There's a shortage of PPE in the UK, can we bring anything over?'

"Thankfully, we are in touch with the right factories and suppliers bringing over the right products, we've managed to source things, and at the moment we're looking at a couple of hundred thousand items coming over - face masks, face shields, hand sanitiser, gowns and scrubs.

"We're reaching out to anybody looking for it so please get in contact and we'll do our best to source it for you."

Much of the equipment Cooper's company have sourced so far is being used by care workers in the Warrington area, encouraging anyone else who needs PPE supplies to get in touch via social media or his company's website. 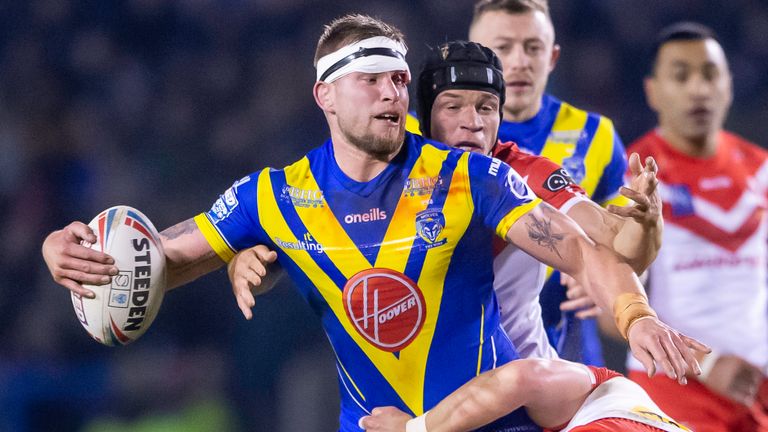 The 31-year-old is full of praise for those who are on the frontline and is delighted to see the amount of respect being shown to them for the vital, life-saving role they are performing.

"All over the NHS I'm hearing horror stories of what life is like," Cooper said. "I guess you don't realise unless you're in hospital or you've got friends and family in hospitals what those guys on the frontline are dealing with.

"There are some tough situations for staff and family of staff who are having to come home and see on their faces what they've been through that day.

"There is a real respect coming back for what people in the NHS are doing and once we beat the virus, I hope that continues because these guys are putting their lives on the line every time they go into work."

Last month, Wilkin and Salford Red Devils' Mark Flanagan were forced to temporarily close the doors on the two coffee shops they jointly run in Manchester as part of the social distancing rules brought in to combat the spread of the coronavirus.

However, Pot Kettle Black has since been able to find a new lease of life by keeping the in-house bakery working and delivering bread to those in need.

"It's about getting the basics to NHS staff and we've been supplying the bread for that," Wilkin told Sky Sports.

"When you can't get out, providing the simple pleasures is really important. You realise what you enjoy when things are taken away from you.

"It's been quite therapeutic for us to do something and provide some happiness. Everyone is affected. On a Saturday morning, having a coffee and a croissant, people can get back to enjoying simple things. It's been a huge success."

This weekend was due to have seen Wilkin and his Wolfpack team-mates playing their first Super League game in front of their home fans at Lamport Stadium.

Instead, the 36-year-old former Great Britain and England international has been out making delivery rounds to customers and is enjoying his new role. 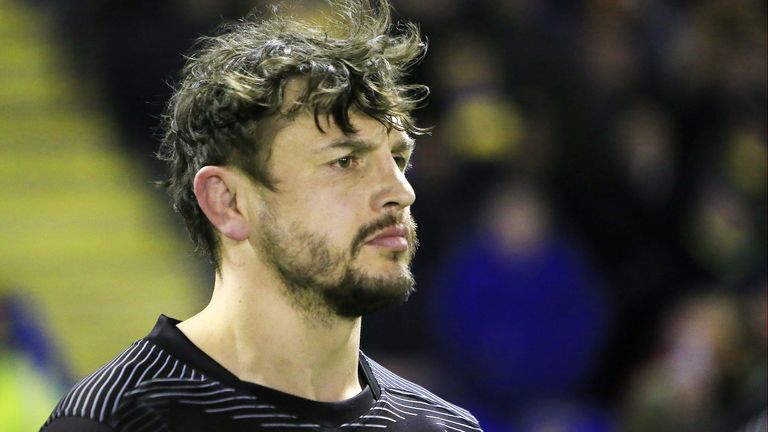 I've been delivering and its humbling. You got from being in a professional sport to taking bread to Janet at No. 46

"It's been mega," Wilkin said. "People are queuing up now and we also deliver to the city.

"We've had a great reaction; I've been delivering and it's humbling. You got from being in a professional sport to taking bread to Janet at No. 46.

"The virus had made people realise they need to support local businesses. But I've enjoyed getting out and speaking to people, and there's something nice about making stuff.

"It's an honour to deliver it - I think some people mistakenly think I've made the bread."