The competition was dominated by the Australian Super League clubs, with lopsided scorelines in some matches underlining the gulf in class between the two competitions.

There were, however, some high points - not least of all London Broncos' 38-18 victory over a star-studded Canberra Raiders side in front of nearly 8,000 fans at The Stoop on a balmy July evening, which is the latest match to get the Rugby League Retro treatment on Sky Sports this Friday.

"It was fantastic and looking back, I remember parts of the evening and parts of the celebrations, and it was really exciting to be part of it," former Broncos three-quarter Greg Barwick, one of the tryscorers that night, told Sky Sports.

"Seeing the fans who'd often seen us on the back end of a hard score against some of the Australian teams really excited about the evening was great.

"I played first grade for nine years and the two years I spent with London are by far my most treasured memories, and it was really a fantastic time."

Barwick, who still lives in Twickenham, was part of a significant contingent of Australians which comprised the Broncos' squad in the early years of Super League and they were relishing the chance to prove themselves against their compatriots in the World Club Challenge. 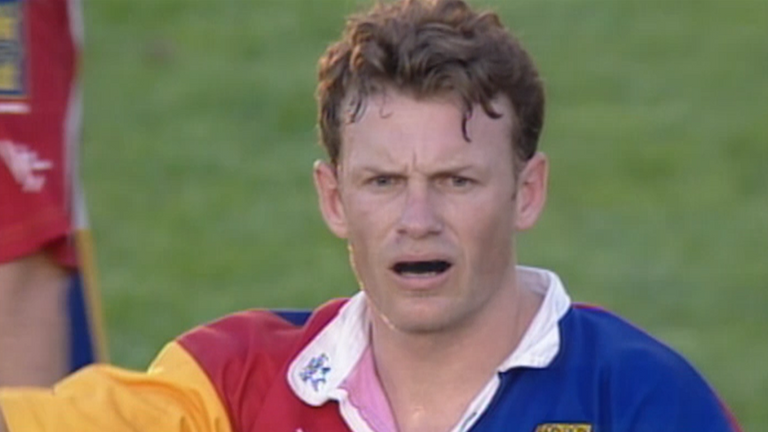 I played first grade for nine years and the two years I spent with London are by far my most treasured memories.

London being handed matches against eventual tournament and Telstra Cup winners Brisbane Broncos, plus Canterbury Bulldogs and Canberra - both of whom qualified for the play-offs down under that year - meant they could hardly have asked for tougher tests.

That was underlined by some of the names on the Raiders' team-sheet at The Stoop; Australia internationals Laurie Daley and Ricky Stuart in the halves, New Zealand stars Ruben Wiki and Quentin Pongia lining up too, not to mention them being coached by the great Mal Meninga as well.

"I think going back and attempting to re-prove ourselves against competitors we'd played with or against was something we were looking forward to," Barwick said.

"The gulf between Australia and the British sides was there to see, but I think the English clubs really raised their levels as best we could.

"We had a really strong side, under-rated in most parts, and we certainly gave it our best shot."

Seeking to avenge the 66-20 defeat away to Canberra in the second round of group matches just over one month earlier served as extra motivation for the Broncos when they took to the field, although they could hardly have got off to a worse start.

The hosts lost winger Scott Roskell to the sin-bin for a professional foul in the opening minutes and then found themselves 14-0 down midway through the half as David Boyle's double and another try from Jason Burnham saw the Raiders threaten to cut loose again.

The Broncos had an ace up their sleeves in the form of Shaun Edwards though. The former Wigan and Great Britain star was left out of the starting XIII due to injury but was introduced early on in place of scrum-half Robbie Beazley and it did not take long for him to have an impact. 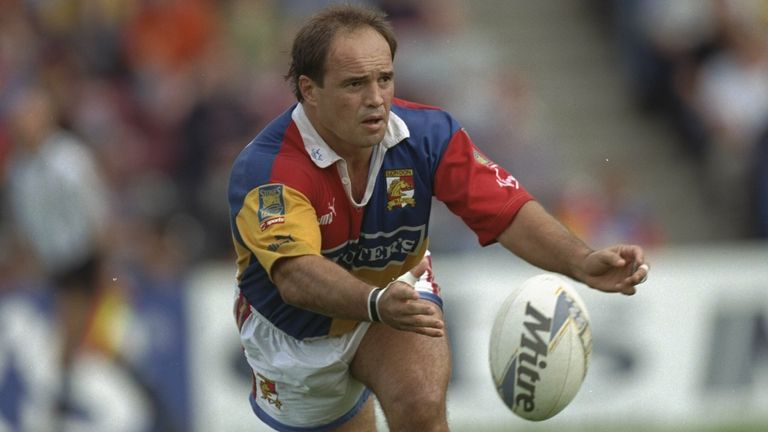 "If you've got a great half-back taking you around the park like he had the ability to, that certainly helped our recovery and the way we came back in the first half - and in the second half when we stepped away from Canberra," Barwick said.

"I had the pleasure of actually living with Shaun for six months when he moved down from Wigan. I didn't understand a word he said for those six months, but we had a really great time and are still very close friends today."

With Edwards dictating things in the halves, the Broncos started to claw their way back into the game and two tries from influential hooker Terry Matterson plus Barwick's goal-kicking saw them head back to the changing rooms at half-time level at 14-14.

It was nearly all one-way traffic after the break as Peter Gill, Barwick, Tulsen Tollett and Roskell all crossed for tries, with Luke Priddis' late score proving scant consolation for the visitors, whose misery was compounded by Daley being sin-binned for an infringement at the play-the-ball. 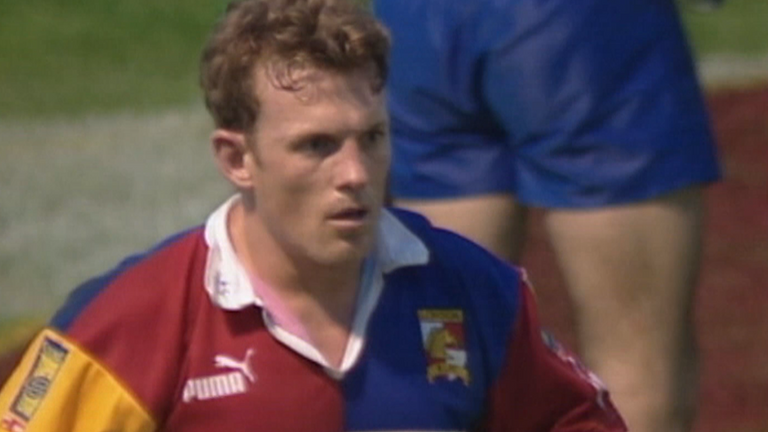 Barwick remains full of praise for the efforts of the pack, crediting the likes of Gill, Matterson, Steve Rosolen, Tony Mestrov and Russell Bawden for regularly laying the foundations for many of London's wins in that era.

"As much as a back would hate saying it, we really relied on the forwards for forward momentum and they paved the way in that game and many games as well," Barwick said.

"They showed the way and enabled some of us guys in the back to leverage and take advantage of that in the second half."

That win proved enough to send the Broncos through to the quarter-finals as well, although they bowed out of the competition at that stage after suffering a 40-16 defeat at home to Cronulla Sharks. 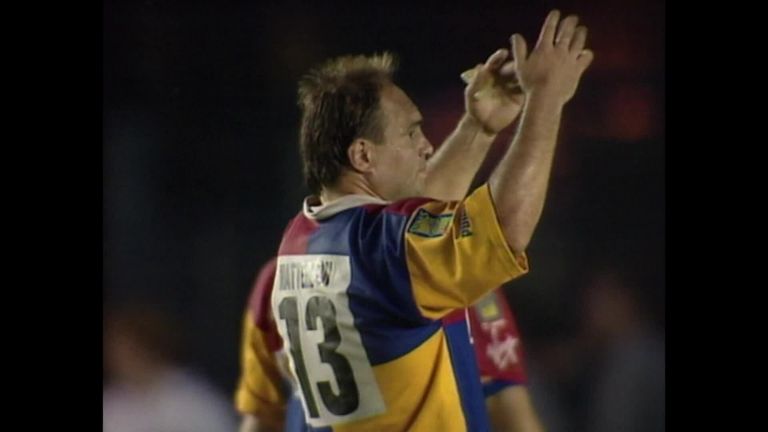 On the domestic front, they would go on to finish second in Super League, albeit seven points behind table-toppers Bradford Bulls and while Barwick believes they should have run the champions closer, he still looks back fondly on his two years with the Broncos.

"At the end, we should have done better, and I think that year we had such a great bunch of guys," Barwick said.

"I was always very excited about travelling up north and seeing all of the teams we were playing against I used to watch on TV as a young lad back in Australia throughout all of those Kangaroo tours and it was a really good time of my life, being a part of that club and team.

"I wish I could wind the clock back sometimes."