Jodie Cunningham is seeing new ground being broken around the globe following tickets going on sale for next year's Rugby League World Cup.

Greece and Jamaica will make their first appearances in the 16-team men's tournament next year, while Brazil make their bow as one of the eight nations in the women's competition, and Spain and Norway will be competing alongside the established rugby league countries in the wheelchair event.

🗣️ #RLWC2021 Women's Ambassador, @Jodie_cunny: "We need to inspire the next generation and in order to do that we need to get people through the doors. Having ticket prices at just £2.21 for the Women's tournament means we can do that."

"It's UK predominant, but across the world we've had a lot of interest," Cunningham told Sky Sports.

"The likes of the USA and countries you wouldn't associate particularly with being big rugby league countries are really getting behind this World Cup.

"I think it works the fact we've got Brazil taking part for the first time in the women's tournament, Norway in the wheelchair game - there are some really exciting nations to watch.

"I'm really excited to see what Jamaica do in the men's competition, so I think we're getting that interest." 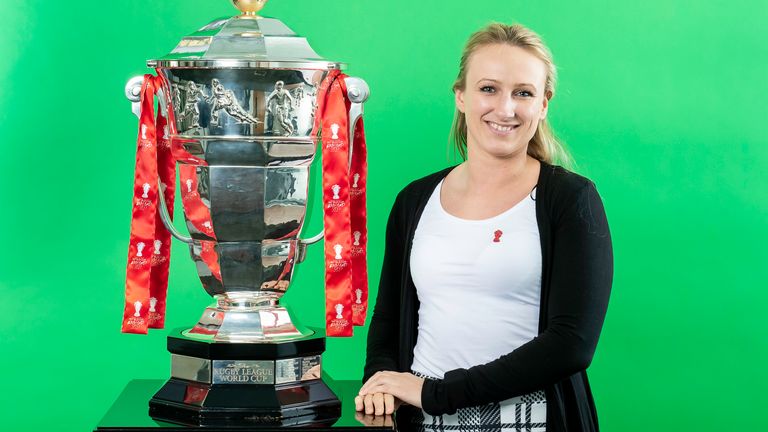 The likes of the USA and countries you wouldn't associate particularly with being big rugby league countries are really getting behind this World Cup.

The covid-19 pandemic means the St Helens and England international half-back will have to wait until next year to get back to playing, with the 2020 Women's Super League season being cancelled as a result.

The prospect of clubs playing friendlies this year seems remote too, but although it has been frustrating not to be able to play this year Cunningham believes it is the right decision to focus on restarting in 2021 and building towards the World Cup.

"At the minute, it has been left up to individual clubs as to what they do going forward, but we have to think of players safety in regards to the covid situation and also our bodies," Cunningham said.

"We've done a lot of fitness, a lot of conditioning and a lot of ball handling, but we've not done any contact in terms of club level yet and it's a lot to ask.

"We've got a big year next year with a home World Cup and I just think it's about being sensible in terms of what we do."

Having reached the semi-finals in Australia in 2017, Cunningham and her England team-mates have the stated target of going all the way on home soil next year.

That will be no different for the men's and wheelchair squads, and Cunningham is determined to ensure the 2021 World Cup is a success off the field as well as on it.

"Everybody is just so excited for next year and it couldn't come at a better time," Cunningham said. "Everyone is worried about the future in every type of sport but having that home World Cup next year means that there is so much investment which has gone into that and so much to look forward to.

"We need to make sure the sport is in a great place so each of our men, women and wheelchair sides perform well next year and put on a great show."