Rugby league legend Clive Sullivan features in our Hidden Figures online series, running in Black History Month, bringing to life stories of sportsmen and women you may never have heard of 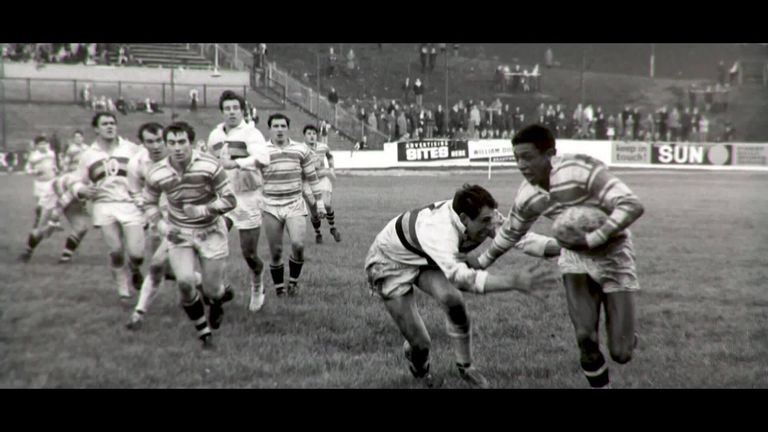 The Cardiff-born winger synonymous with the city of Hull, who defied the odds to thrive as a rugby league player, Clive Sullivan is Great Britain's first black sports team captain.

Sullivan underwent numerous shoulder, knee and foot operations as a child, yet somehow met the physical requirements to join the army as a teenager. After shining in army matches while posted in Catterick, Sullivan penned pro terms with Hull in 1961 following a failed trial with Bradford Northern.

His early seasons were blighted by further knee problems as well as a horrific car crash in 1963, but after his release from the army in 1964, Sullivan's try-scoring ability and blistering pace came to the fore.

By 1967 - a year where he scored 28 tries in 28 games - Sullivan had forced his way into the international reckoning, scoring two tries against France on his Great Britain debut. Sullivan became the first British player to score a hat-trick in a World Cup a year later, with three tries in a 38-14 win over New Zealand.

Despite establishing his international credentials, Sullivan waited almost a decade to win his first trophy with Hull FC, a 1970 Yorkshire Cup triumph against Featherstone Rovers.

But history beckoned for Sullivan. He was handed the GB captaincy in 1972 ahead of a series with France, also skippering the team to World Cup glory later that year, running the length of the field to score a try in the final against Australia.

Sullivan's last GB appearance came in 1973 but he played in a third World Cup two years later, this time as captain of Wales in a five-team championship tournament. By this stage, he had left Hull FC's arch-rivals Hull Kingston Rovers, where he scored 118 tries in six seasons and featured in a 1980 Challenge Cup final win against his former side at a sold-out Wembley Stadium.

After a stint with Oldham, Sullivan returned to Hull FC in a coaching capacity but was called back into playing action - aged 39 - for the 1982 Challenge Cup Final replay win against Widnes.

He scored a total of 250 tries in 352 Hull FC matches and holds the club record for the most tries in a match, scoring seven in a game with Doncaster in 1968. Sullivan also remains the only player to score more than 100 tries for both Hull clubs.

Sullivan retired following a short spell with Doncaster in 1984 before his life was tragically cut short the following year due to liver cancer. Such was his standing in Hull, a section of the main A63 approach road into the city has been renamed Clive Sullivan Way in his honour.

Leeds Rhinos legend Jamie Jones-Buchanan, who is now part of the coaching setup at the club, insists Sullivan's story must continue to be told.

"Van Gogh painted a lot of pictures and I think in his lifetime he only sold one panting and probably died not realising how important he was.

"He (Sullivan) was a genius in many ways and so iconic. At the time it probably wasn't celebrated enough. 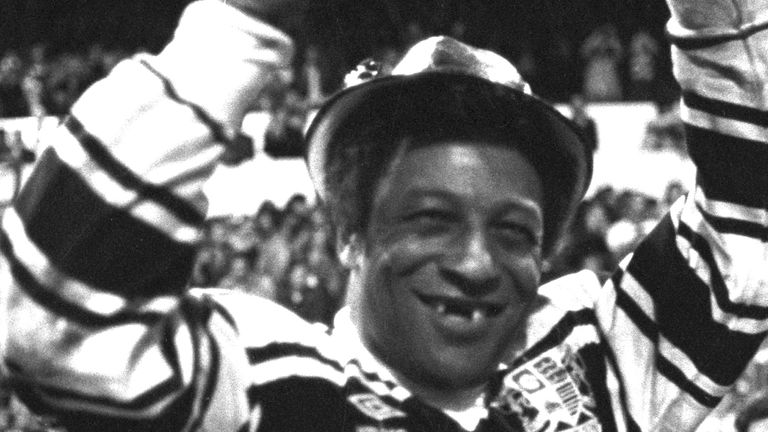 "Certainly with 2020, and some of the political and cultural issues we have got going on at the minute, I think it only serves to highlight how important Clive Sullivan was - his journey, his achievements and ultimately, the legacy he left behind. We need to underline that, and frame that, and tell that story, because it still has so much value left to give."

Salford Red Devils and England centre Kallum Watkins added: "With him leading a team, leading the country - and in any sport being the first black player to do that - I think that inspired a lot players to get into rugby league and any kind of sport, knowing that he could achieve the goals he wanted to achieve."