Terry O'Connor on Kevin Sinfield's 'One in a Million' marathon challenge

Sinfield starts the last of seven marathons in seven days on Monday and has already raised over £700,000 in support of Rob Burrow and the Motor Neurone Disease Association

Sky Sports rugby league pundit Terry O'Connor on his admiration for what Kevin Sinfield is doing to raise money and awareness for Rob Burrow and the Motor Neurone Disease Association...

I think Kevin Sinfield has always been a leader - a clean-living lad on and off the field. He's a person who inspires everybody around him. For me, he's Leeds Rhinos' greatest ever captain - a champion in every sense of the word.

I remember talking to him a few months ago when he decided to take on this challenge and I was flabbergasted with what he was intending to do. I even questioned whether it would be too much.

Kevin's response? "A challenge isn't a challenge, unless it's challenging". I'll never forget that response, which is a mark of the man.

I've done the London Marathon on four occasions where the streets are packed with people cheering and cajoling you on for the full 26 miles and that is tough. Kevin has been doing this through places like Oldham, Saddleworth and Leeds in all kinds of weather with just a couple of mates either side of him.

To wake up every day for a week and run a marathon is nothing short of phenomenal. Your hips, your back, your knees and ankles feel the strain after one - everything in your body goes. As a sportsperson you don't hit walls, but when you're running a marathon you do! 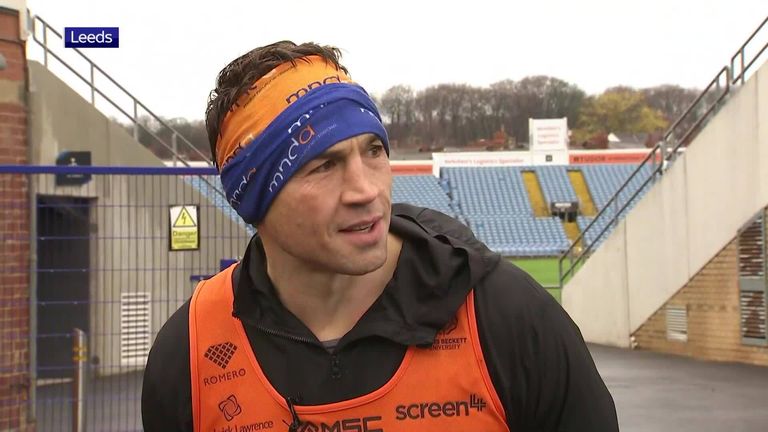 When you hit that 20-mile mark it's is the toughest part. It's almost as though someone has hit you in the face with a shovel and you start to ask questions. You have all sorts of thoughts running through your head: Will you be able to finish? Are there any shortcuts? You need to regain focus to cross the line.

Sports people right across the board and media personalities have all been vocal with their support of Kevin Sinfield for what he is doing and, like them, I am absolutely in awe of what he is doing.

I feel I am well placed to comment on what it is like to run a marathon, but I cannot comprehend what it's like to get up the next day and put on a pair of trainers to do it all again six times - it's ridiculous. 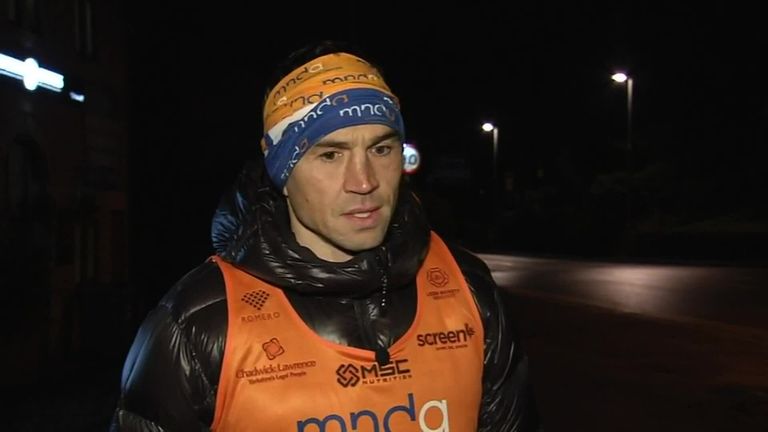 The last week has shown why Leeds Rhinos were so successful for so many years. He had an immense talent on the field, but he was equally as strong off the field as a leader and he's once again shown over the last seven days.

His spirit and determination is extraordinary. He's a man who is offering his body in aid of others to help find a cure for this horrible disease.

Who knows, this could maybe even lead to a knighthood for him for all the awareness he's brought to MND and the sport of rugby league. The strapline for this challenge should be 'One in a Million'. After all, how many other people would be able to complete this challenge?

The strapline for this challenge should be 'One in a Million'. After all, how many other people would be able to complete this challenge? If anyone spoke to Sir Mo Farah or any long-distance runners, I'll bet the house that their training would not enable them to do seven marathons in seven days.

We're talking a former rugby league player here - Kevin Sinfield is not built to run marathons. When you see the touching moments of him finishing each day and meeting Rob Burrow you can see the pain on his face.

When people hear about what he has achieved, they will be absolutely blown away. A bloke who played in a prodigious side has gone out there for his teammates and the MND Association, and gone through the pain barrier to raise an incredible amount of money and generate a lot of awareness.

When the initial target of £77,777 was set it was smashed very quickly and the amount raised has grown and grown since. As Christmas approaches and you're unsure of what to give to loved ones this year, why not give to this cause instead?

Kevin Sinfield always set goals and broke records on the pitch - so when the amount raised reaches £777,777, let's keep it going and smash the £1M mark!