From solar panels on stadium roofs, to water recycling, electric lawn mowers and community projects, Super League and its member clubs are taking steps towards a sustainable future.

Flooding, poor air quality, rising temperatures, typhoons, rising sea levels - these are some of the extreme weather events that are affecting sport around the world.

So, what are Super League doing to tackle the catastrophe?

From electric lawn mowers to an initiative called 'The Green Warrior', the competition and its clubs are taking responsibility for their climate footprint.

"We all need to try to make an effort in order to make a difference," St Helens general manager Dave Hutchinson told Sky Sports. "From clubs and fans to wider communities.

"I believe this must happen at a Super League level and would be a great initiative to promote for our sport in general."

Most of the 12 clubs have partnerships with their local waste management company, where up to 95 per cent of stadium rubbish is recycled.

Leeds Rhinos have introduced electric mowers - using separate grass bins for pitch cuttings to aid recycling. They have replaced plastic drink stirrers with wooden ones and brought in reusable cups in a bid to lower their carbon footprint.

When plans for redeveloping their stadium were put together in 2014 there was a focus on making Emerald Headingley eco-friendly.

A simple and very effective change the Challenge Cup holders have made is transport. Leeds have asked their staff to cycle to work, while encouraging fans to use public transport when attending games at the stadium. 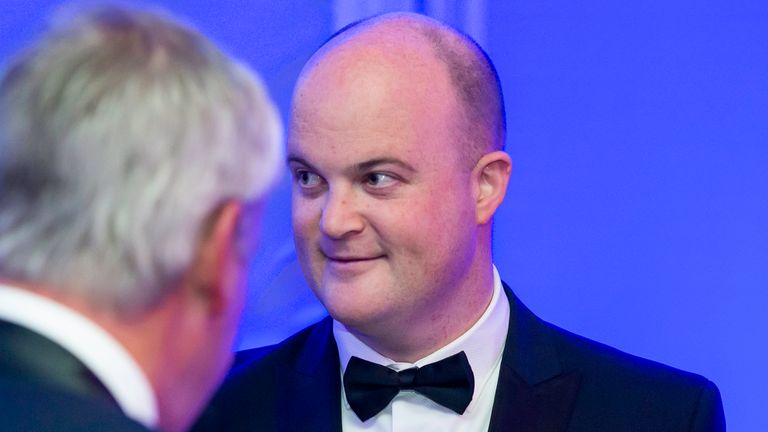 We need to do everything we can. The current generation has a responsibility for the future generation to enjoy the world as we know it.

The reigning champions are trying to ensure all their suppliers use recyclable material wherever possible, for example, the club's official hydration partner, iPro Sport has a long-term focus on sustainability.

The Wigan Warriors Community Foundation has launched the Green Warrior initiative, which delivers a programme called 'The Learning Curve'.

#WednesdayWisdom... iPRO packaging is 100% recyclable AND we use a minimum of 50% recycled materials in our bottles ♻️#Recycle #Reuse #Sustainability pic.twitter.com/40JAMqsfGJ

It is a primary school education programme, which sees schools from all over the borough take part, aiming to raise awareness of renewable energy in the area. 'The Learning Curve' also helps local schools to reduce their energy and carbon footprint.

From Lancashire to the East Riding of Yorkshire. Hull Kingston Rovers' Community Trust is working closely with local schools on several eco-friendly projects and on match days at Craven Park you will find eco-cups and bamboo forks.

Before the pandemic in Perpignan, the Catalans Dragons would hold several sessions at the stadium each year educating children on the importance of protecting the planet.

"We use our notoriety and all our channels to educate our fans, especially our youngest fans," Yannick Rey, head of communication and marketing at the Dragons, told Sky Sports.

"This company uses our facilities to welcome young kids from our area and our players help them to deliver the right message."

Wakefield Trinity are investing in energy-efficient lighting systems with motion sensors and have a rolling plan to upgrade all heating and lighting to be as energy efficient as possible.

"It's about awareness and visibility of what climate change is and acting on it," Jones said. "For example; our current stadia being aware of the need to consider climate change around recycling and putting those good practices into place.

"Hull KR are a notable example of this with their commitment to removing all single use plastic cups used on a match day.

"Any new stadia that has been built or being built, adhering to the environmental code and being aware of their responsibility to climate change.

"We need to do everything we can. The current generation has a responsibility for the future generation to enjoy the world as we know it."