The Rugby Football League's inclusion board was launched on Tuesday as part of the governing body's commitment to diversity, inclusion and anti-discrimination; it will meet four times a year, with its members drawn from a wide range of backgrounds This week marks the first Race Equality Week in the UK. It's a country-wide initiative, where companies address the obstacles facing race equality in the workplace.

On Tuesday the RFL took a huge step towards achieving this, with the launch of a new inclusion board, and Huddersfield forward Michael Lawrence was selected to spearhead it.

"I think it's a massive step," Lawrence told Sky Sports.

Really proud of the team we've assembled and can't wait to help drive our Tackle It plan forward 👊🏉👊 https://t.co/92KCxzE7Kk

"I think for Rugby League to now have its own initiative and plan going forward, I think it's a great thing for the sport and it can only be a positive.

"It definitely means a lot. Obviously, the situation and the issues that arose last year, were very personal and something I could really relate to, so I wanted to make sure that I didn't just start the process I wanted to see it through and hopefully be part of some actual change."

As an inclusion board member, Lawrence, who is the only player on the board, will be required to offer his opinion, advice and any ideas on strategies to improve inclusivity in Rugby League.

The new inclusion board will oversee progress against, 'Tackle It,' which was established last year. 'Tackle It' is an action plan, setting out how Rugby League will extend its reach and appeal, diversify its talent pool, improve its culture and actively deal with discrimination.

"When we started to do the Black Lives Matter protests and taking the knee, there was a lot of confusion between players and fans and obviously with the ties to the political groups, so we wanted to pull away from that and create Rugby League's own identity and own initiative and that's how we came up with Tackle It," the 30-year old said.

While Lawrence believes Rugby League is an inclusive sport, he admitted there is still room for improvement.

"I believe the sport can become more diverse. There's all these different communities in the heartland of Rugby League and I believe rugby league can do more in those communities to draw those different fan bases to the sport and it would make it grow and become even bigger," Lawrence said.

"The stuff that's been done with PDRL, and the women's game is getting even stronger and obviously the World Cup with all three tournaments happening at the same time, I would say it's inclusive."

While Lawrence insists, he was never a victim of direct racism he believes it is still present in the game.

"I believe that there is racism in there, but from a players' perspective it's more casual.

"So stereotyping, just the casual stuff, the stuff that gets passed off as banter, which it isn't to be honest, and that was one of the things we wanted to highlight in the August interview (on Sky Sports) that was done," Lawrence told Sky Sports. 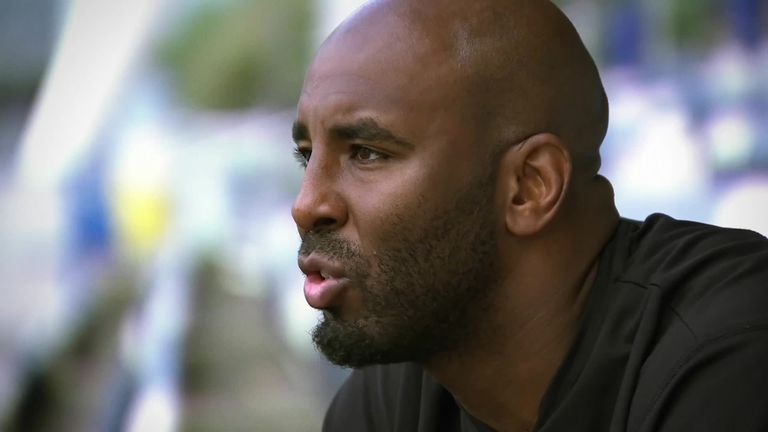 "I think a lot of people had had enough and felt it was time to speak out on some issues that have probably been swept under the rug over the years and obviously just been told to 'get on with stuff' and 'man up' as they say."

I asked the Huddersfield academy graduate about his emotions when he first watched that horrific video of George Floyd's murder in May last year.

"Anger, to be fair. There was a lot of anger, but what was more shocking was that I wasn't surprised, because this stuff has been happening for years. "Sky in general, the stuff that you see now days, you can't turn on Sky without cutting out racism. It's all over and the awareness that's brought is massive and we just need to keep that momentum going now and keep pushing for change."