Jon Wells runs down who he sees as the top signings ahead of the big kick-off. The 2021 Super League season kicks off on Friday, March 26, with all six matches across Rounds 1 and 2 live on Sky Sports

Sky Sports rugby league expert Jon Wells runs the rule over who he sees as the top five recruits for the new Super League season...

With the kick-off to the 2021 Betfred Super League season now under a month away, I thought I'd start my first argument of the year by offering a run-down of my five serious reasons to tune in to Sky Sports' opening weekend coverage.

Here's my idea of the top five signings in Super League. They're not in any particular order of significance, they are not all incoming from the NRL and they're not all players either. So, let's discuss.

The perfect place to start. Simply put, Inglis is synonymous with excellence. He is the definition of a 'once in a generation' player; a mainstay of the Kangaroos back-line for a decade - 39 appearances returning 31 tries at International level is quite a stat in itself - and a club career which saw him score 149 tries in 263 games split between the Melbourne Storm and Souths spanning some 14 years.

Oh, and then there are the 32 appearances for Queensland. Notwithstanding his retirement from the game in 2019, the Warrington Wolves have pulled off some coup in securing his services for the 2021 season.

As an aside, great work by chief executive Karl Fitzpatrick and the Warrington board - they continue the tradition of truly breath-taking signings down the years and Greg now adds his name to a list of all-time greats which include Alfie Langer, Andrew Johns and Adrian Morley to have pulled on the primrose and blue.

And while the purists will always point out that the signings of Lee Briers and Ben Westwood were more influential over the long-term, there is no denying that Inglis' arrival represents another recruitment high watermark for this famous club. 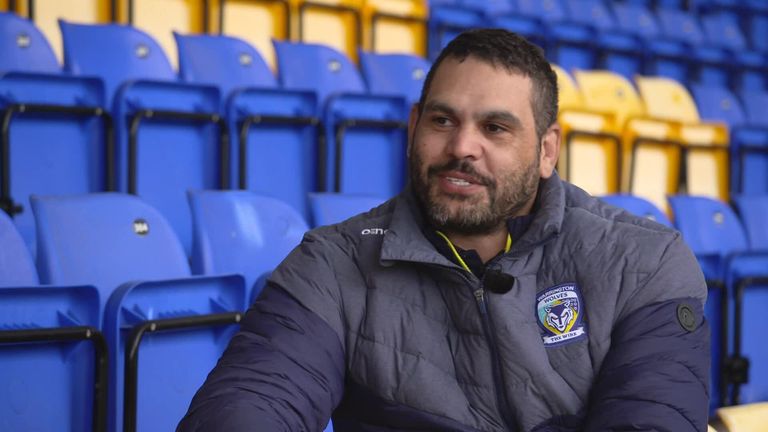 There is a more sober discussion to be had around the level of his retained powers - he has spent a considerable amount of time away from the game for a player at his age - but that is a discussion for another time.

I want to celebrate Warrington's latest 'unicorn' signing: Legendary, magical, and hopefully about to unleash glitter and stardust as he sparkles in the 2021 Super League.

First up, all cards on the table. In my other role as director of rugby at the Castleford Tigers I have to declare an interest here. However, my input stopped at the point the Tigers got Niall's signature on the contract documents.

What happens from here on in will be down to Niall and how he settles into life as a Tiger under the stewardship of Daryl Powell, and alongside the likes of Jake Trueman and Paul McShane. 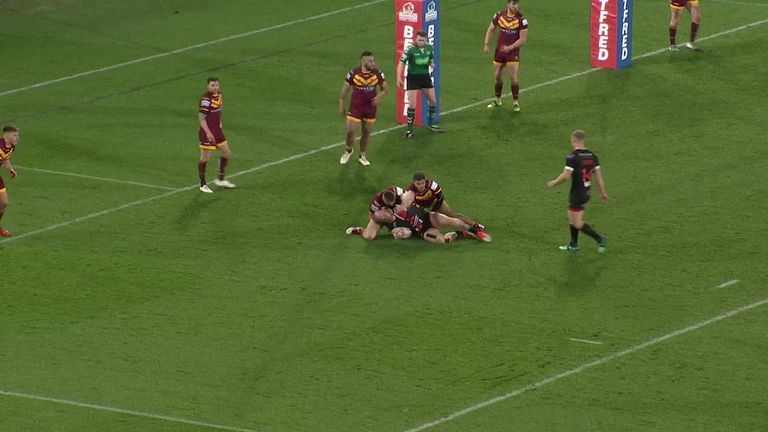 Castleford fans will be hoping to see the best of Niall Evalds, like this hat-trick from 2019 against Huddersfield.

The early signs are good, and if Niall can continue his development at the same rate as he did under Ian Watson at the Red Devils then I see no reason why he won't make himself a star at the Tigers and, in nine months' time, swap the England Knights for the full England senior squad - just in time for the 2021 World Cup.

He possesses the same raw pace as one of his more significant predecessors in that position in Luke Dorn and his skill development, which has seen him move seamlessly from wing to full-back three seasons ago, is seriously impressive

Specifically, he is a genuine match-winner who solves the Tigers' full-back issue. More broadly, he's one of Super League's 'lean-in' players - the kind who leave you unaware you have shifted to the edge of your sofa as they take possession of the ball, a subconscious audience response reserved for only the most exciting athletes in sport.

I think this guy is going to have a positive impact on Hull FC and by way of a little story, I'll underline why I think he solves a lot of issue for the Black and Whites.

New Hull FC signing Josh Reynolds on how he is adapting to life in England and his aims for the 2021 Super League season.

The Wells family went on a holiday to Australia at the end of 2018 which turned into a bit of a working vacation. Among a few days spent with different NRL clubs was a trip out to Concord Field to watch a West's Tigers field session and even at a time when Josh's first team status was under threat, I couldn't have been more impressed with what I saw that day.

The more mature Reynolds was cajoling and encouraging of his younger players and precise and authoritative and dominant in all areas of the opposed elements of the session I took in. Energy, pace, organisation and more evidence of that really crisp flighted pass we have seen so often on the NRL stage.

Most of us recognise what a talent he was in the NRL, and I think equally as many of us got side-tracked in the media circus that appeared to follow his ups and downs closer than most.

Well, he gets to put all that behind him over here in East Yorkshire and the raw materials I witnessed back at the end of 2018 suggest to me that he will make a big impact on this team. 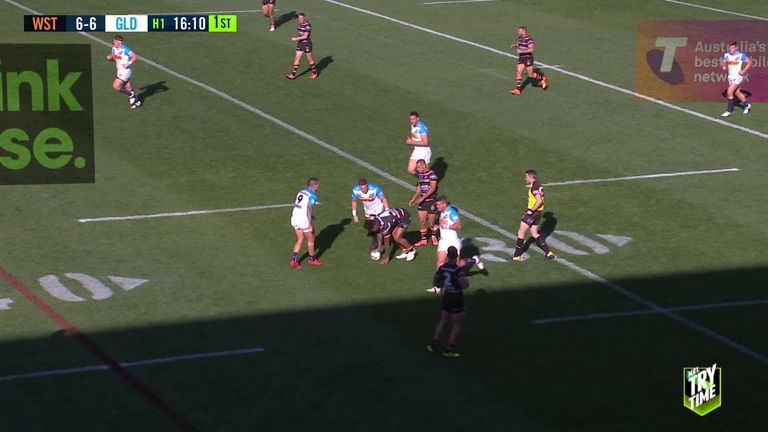 Watch Josh Reynolds' long-range try for Wests Tigers against Gold Coast Titans in the NRL in 2018.

An absolute shoo-in for this article. He was great before he went to Canberra Raiders, improved in his time at the NRL side and now re-joins Wigan Warriors as the complete player in my eyes. I think John will pick up where he left off at the end of 2020 and cement his place as one of the best back-rows this competition has ever seen.

He has developed an element to his game in the last couple of seasons that elevates him above the raw, hungry and aggressive earlier version of himself that typified the 'human firework' performances of the formative years of his career.

There is now a nuance to his play, a composure and a skill-level that really compliments - and dare I say tempers the more negative parts of - that menacing aggression that still bubbles away just below the surface.

What everyone forgets, is that despite his experience - in excess of 200 first grade games over 10 years in Super League and the NRL, 16 caps for England and 3 for Great Britain - he is only 27.

John Bateman admits he looks back on his two NRL seasons with disappointment after not winning a trophy with Canberra.

I think that despite the lofty achievements so far in his career - and if he can keep injury at bay - then the Warriors will see the best years of John Bateman. I was gutted to see him leave the Super League, and I am delighted that he returns to Super League.

"Jon, aren't there enough on-field signings to talk about without getting into coaches?" The short answer is yes, and there are plenty of examples too; Brad Takairangi is a cracking signing for Hull Kingston Rovers, Mason Lino should transform Wakefield Trinity's back line, Zane Tetevano is arguably a step up from the now departed but really useful Ava Seumanufagai at Leeds Rhinos and Joel Thompson is the perfect hard-nosed replacement to offset the loss of Zeb Taia at St Helens.

The longer answer is that I think this is potentially a signing of such significance that it warrants its place here. Ken Davy has made a huge statement of intent for his Huddersfield Giants in 2021 with the capture of one of the best young coaches in the business right now.

And the commitment didn't stop at buying Watson out from his contract at the Salford Red Devils. When you make a move like this you are also implicitly - and in this case, explicitly - committing to spending a huge amount more in allowing that incoming coach the opportunity to shape his squad.

You don't make a signing like this and then tie the man's hands behind his back. So, the signing of Watson led immediately to the signing of Luke Yates and Josh Jones.

Perhaps as significantly as any on-field additions, Watson's signing also facilitated the move of coaches Greg Brown and Carl Foulstone - his support network at Salford - to the back-room at the Giants.

All told, the decision to go for Ian Watson has likely cost the Giants chairman a significant amount of money so I think it's fair to say that expectations are high at the John Smith's Stadium in 2021. Now if that's not a top signing I don't know what is.

Those are my thoughts, now let the arguments begin - and we will see you all at the start line for Round 1 on March 26.