Round 9 of the 2021 Betfred Super League season will see the competition showing support for the Rainbow Laces campaign. Referee James Child, who publicly came out as gay in February, spoke to Sky Sports about its importance

By Fraser Dainton and Marc Bazeley

By his own admission, James Child never envisaged he would one day be gracing some of rugby league's grandest stages.

Although he grew up supporting hometown club Dewsbury Rams, following them home and away with his family, Child was not one for playing sport and even when he took up refereeing at the age of 11 he had no particular ambitions to reach the top.

But these days he is firmly established as one of Super League's top officials, with the highlight so far being taking charge of the 2017 Grand Final between Leeds Rhinos and Castleford Tigers, and the 37-year-old is in no doubt his younger self would be surprised at how his career has panned out.

Round 9 to support Rainbow Laces 🌈💪#SuperLeague

"None of my friends were into rugby league and, to be honest, sport wasn't my forte," Child told Sky Sports. "When I was at school, if someone had said you'd have become involved in professional sport I would have been surprised.

"It's probably the next best thing to being involved in the sport. If I wasn't going to play, then I was at least part of the action.

"When we played football at school at lunchtimes, we'd take it in turn to referee and I quite enjoyed that - probably the power went to my head, no doubt! - so that why I thought I'd give it a go. 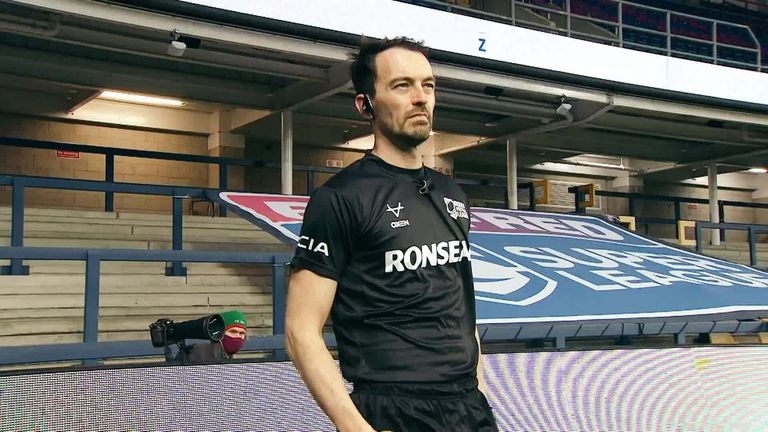 Child is no stranger to making big decisions week in, week out on the rugby field, but one of the biggest decisions he has made off it came in February this year when he publicly revealed his sexuality.

He had already come out as gay to his family, friends and refereeing colleagues - and, indeed, believes many others in rugby league already knew too.

Instead, Child's desire to go public about his sexuality was a desire to make those who have hurled homophobic abuse at him from the terraces in the past think twice about doing so now this was out in the open.

"That was my main motivation for speaking out as I did earlier this year," Child said. "It wasn't a coming out story because my friends, family and colleagues have known about it for years and I think it's been an open secret in the game anyway. 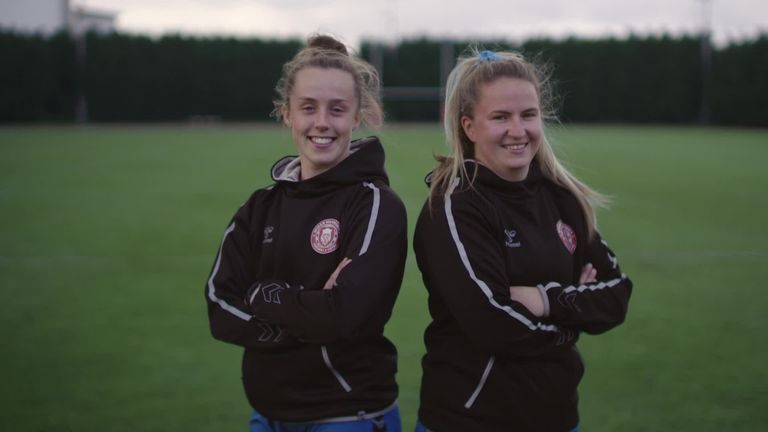 Ahead of Super League's Rainbow Laces round, Wigan Warriors' Becky Greenfield and Rachel Thompson talk about their experiences growing up and the importance of 'being yourself'

"It was more a case of if I can tell everybody I'm gay and I'm quite comfortable with the fact I'm gay - and it is then common knowledge - then if you want to homophobically abuse me then you're doing so in the knowledge I am gay, which makes it different.

"In many ways it should be a non-issue, but hopefully me speaking up gives some representation for others."

Round 9 of the Super League season, which kicks off with Castleford Tigers hosting Hull FC live on Sky Sports on Thursday, will see the competition supporting Stonewall's Rainbow Laces campaign to raise awareness of issues surrounding discrimination based on sexuality and gender identity.

Players and match officials will be encouraged to support the campaign with clubs being provided with pairs of rainbow laces for players to wear, while perimeter boards at stadiums will highlight the campaign and supportive messaging will feature across Super League social media channels. 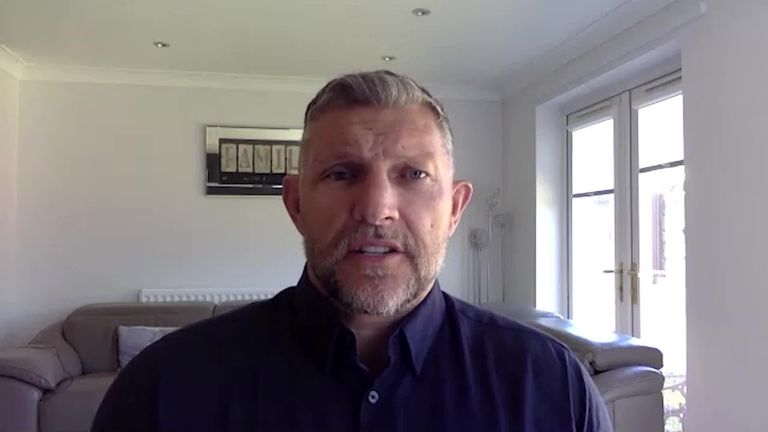 Child is pleased to see the competition supporting the concept, but hopes it can grow to be embraced by the whole of rugby league.

"I think this is a starting point, for me," Child said. "Rainbow Laces is just one small aspect of it and the RFL have got the 'Tackle It' campaign.

"I'd like to think next year when we do it again, it will be a whole sport issue and we can do a little bit more than just putting laces in our boots.

"It's good we can play our part. It's one small gesture and hopefully people can do that."

Sky Sports is a member of TeamPride which supports Stonewall's Rainbow Laces campaign. Your story of being LGBT+ or an active ally could help to make sport everyone's game. To discuss further, please contact us here.