More than ever, events over recent months have proved rugby league's reputation as a community sport.

Whether it is super-human feats of endurance or small gestures of remembrance for lost loved ones, the efforts and sacrifice of rugby league's people in striving to achieve on behalf of others are awe-inspiring.

Sky Sports cameras brought images to the nation last Friday of a brave but defiant Mose Masoe, with his young family in the stands at the Halliwell Jones stadium, smiling and cheering on the Combined Nations All Stars. 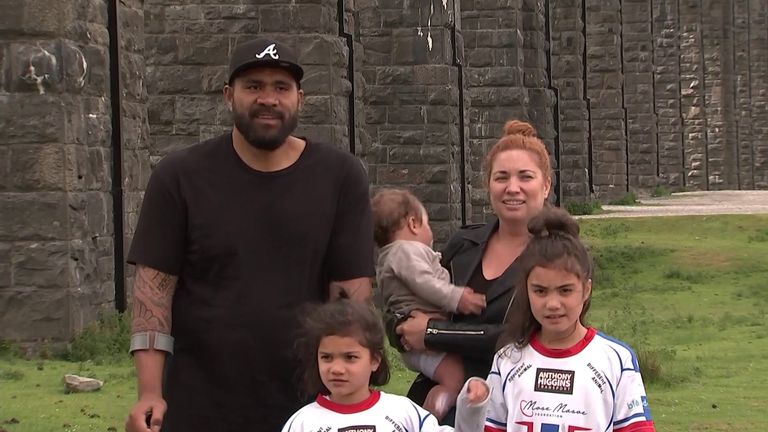 Brought together at the last moment and superbly marshalled by Tim Sheens to achieve a remarkable win over England, wearing shirts designed in his honour, the players, in their moment of victory, saluted a man that surely inspired them.

Mose's indefatigable approach to his life-changing injury had also inspired a host of supporters to walk with him all week around the grounds to deliver the match ball and raise funds for his future care.

When such efforts rightly attract national news coverage beyond the sports reports, they recognise rugby league's importance as a cohesive community force, but they tell only a small part of the story of the extraordinary individual and group efforts that happen all the time.

Steve Prescott's heroic acts of endurance will be commemorated as long at the Super League bestows it highest annual individual honours to the Man and Woman of Steel, but his legacy is greatest in the inspiration to thousands of people that raise millions of pounds for charity via the events run by the foundation in Steve's name.

Nobody who saw it on TV can forget the emotion with which Kevin Sinfield spoke about his inspiration to run seven marathons in seven days to raise millions for Motor Neurone Disease Association in honour of the number worn by his Leeds Rhinos teammate Rob Burrow, so cruelly struck down by this terrible disease.

Many other clubs and communities have been devastated by similar tragedy, and they, too, rally round to show their support, generosity, and respect for fallen heroes. Those connected with the Warrington Wolves, for example, remember both Paul Derbyshire and Mike Gregory.

It is now 13 years since we lost Wolves and Great Britain No. 13 Gregory - but he is not forgotten, and his memory still inspires.

A man called Royce Banks owns the gym in Wigan where Mike used to go when he was first diagnosed in order to work on his movements and maintain his strength for as long as he could.

To mark this anniversary and raise funds for MND research in honour of Mike, and Rob and other sufferers, Royce held a recent charity event there in which he undertook a marathon Slam Ball Challenge.

Effectively this means repeatedly picking up a 20Kg Ball and throwing it into the ground. Inspired by the Rob Burrow No. 7 theme Sinfield adopted, Royce aimed for 700 repetitions without rest.

When he approached this monumental milestone that would have been plenty for many, Royce says his only thoughts were about all the other people who have been affected by MND and so he carried on - and did 700 more.

Then, before stopping for the breather he needed, Royce slammed that 20kg ball down another 13 times for Mike Gregory. Thirteen years since he passed, the memory of Gregory, the inspirational leader on the field, has the power to inspire astonishing feats in the community. That went even further that the remarkable Royce Banks' Slam Ball Challenge.

One of the volunteer helpers for Royce's event was called Steven Summers. Steven had wanted to cheer every one of Royce's 1,413 Slams.

Steven lived with Downs Syndrome and was a character which helps to make a rugby league community what it is, but he very sadly and unexpectedly passed away just before the event he had most enthusiastically supported. His loving family and generous friends then contributed all donations received at Steven's funeral to the MND Association.

Such selfless acts of simple compassion for other that can go unnoticed are always the most impressive things to me and make me proud of our rugby league game's reputation as a community sport. RIP Steven Summers.