It is 24 years since James Roby first experienced Wembley as a player, being a member of the St Helens schools team taking part in the traditional Challenge Cup final curtain-raiser that year.

That May afternoon in 1997 saw the town's professional club defeat Bradford Bulls to lift the trophy as well and this Saturday's final will see Roby and the current generation of Saints stars attempting to do the same against Castleford Tigers.

For St Helens captain Roby, the match will mark the fourth Wembley final appearance of his professional career - his first Cup final in 2006 was at Twickenham - yet playing at such an iconic venue remains as special as his schoolboy experience over two decades ago.

Castleford's Michael Shenton on captaining his hometown club in the Challenge Cup final and learning from the 2014 loss.

"I remember that as a kid when I was so kind of giddy to be involved," Roby said. "You remember it any time you play at what is the national stadium, if you like.

"I think seeing the Euro 2020 final with all the fans in there you can see how big the venue is and the atmosphere it can generate, and the patriotic essence it brings in being our national stadium.

"I don't think you can ever get tired of playing at Wembley or in a Challenge Cup final. It's a great occasion and I suppose as a rugby league player you've got to savour them.

"You've got to make the most of it because before you know it, you're coming to the end of your career."

Roby's first experience of a Challenge Cup final, the 42-12 over Huddersfield Giants at the home of English rugby union 15 years ago, was the start of a run of three straight wins in the competition which took St Helens' tally to 10 wins overall.

But although in that time the club have enjoyed success in Super League and headed into the 2021 season as back-to-back Grand Final winners, glory in the sport's most prestigious knock-out competition has eluded them since 2008.

Indeed, the 18-4 defeat to Warrington Wolves two years ago was their first appearance at Wembley since that last Cup triumph and hooker Roby admitted he has learnt not to take success as a given after that run in the early part of his career.

"As a young player, I came into a team which was very successful and probably took success for granted," Roby said. 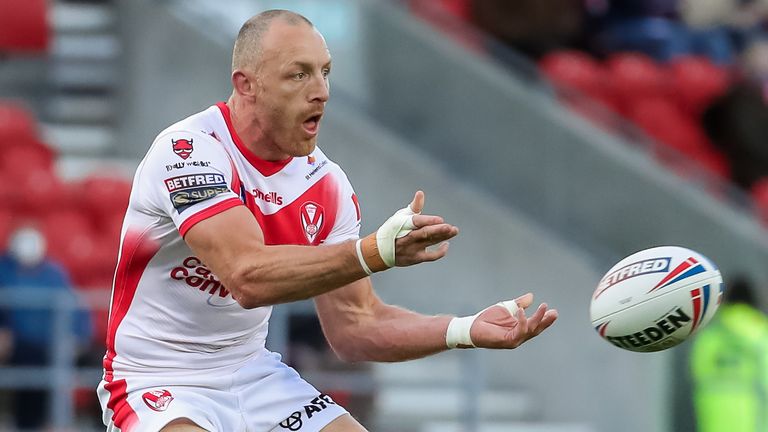 I don't think you can ever get tired of playing at Wembley or in a Challenge Cup final. It's a great occasion and I suppose as a rugby league player you've got to savour them.

"We were on the crest of a wave for a few years where we won the Challenge Cup three years in a row and I thought this was going to continue. But sport isn't like that and I suppose I was a bit naive to think it was going to stay that way.

"There have been a lot of challenges along the way and various defeats which haven't put us in that position, but we are in it again.

"We've got to look forward, we can't dwell too much on the past, we've got to be excited by the opportunity in front of us."

The experiences of 2019 for those who were involved will serve St Helens well when they take on Castleford on Saturday, as will those of the dramatic Grand Final win over Wigan Warriors last November which saw Jack Welsby snatch victory with a try on the final play of the game.

St Helens are appealing against the two bans that threaten to rule forward Sione Mata'utia out of Saturday's Challenge Cup final against Castleford.

Roby hopes it will not come down to another nail-biting finish against the Tigers, but is in no doubt coming through matches like that will prove beneficial.

"Whenever anybody mentions the Grand Final, your mind goes back to that one moment of Jack chasing the ball, but hopefully it doesn't come to that," Roby said.

"Hopefully the result can be done and dusted a bit earlier, but it's probably correct that if you've played in big games and finals before, that experience should help you in theory.

"That'll apply to us at the weekend; we've got a lot of lads in the team who've been to Wembley a couple of years ago and got beaten by Warrington - and that's a learning experience in itself - and also the Grand Final. Hopefully that can help us out."