In a year where Hull KR celebrate their 140th anniversary, the Super League club are embarking on a bold new look for the future with a rebranded badge which pays tribute to their home city and emphasises the long-standing 'Robins' nickname

In 2022, Hull Kingston Rovers will mark 140 years since a group of apprentice boilermakers in the Hessle Road area of the city came together to form a team which is now among the leading 12 professional rugby league sides in the country.

Those 14 decades have seen Rovers have plenty to celebrate, not least of all their five championship titles and a famous Challenge Cup success in 1980 where they defeated cross-city rivals Hull FC.

But rather than just looking back, Super League's representatives from the eastern side of Kingston upon Hull will be very much focused on the future, with a bold new rebrand involving a reimagining of their badge which had barely changed since the 1940s.

"Ordinarily we'd use it as an opportunity to look back and at all our history to say wasn't it great in '84 when we won the [Championship and Premiership] double or beat Hull FC at Wembley, and that's great and is all good memories," Hull KR's marketing and communications manager Craig Franklin said.

"But the thought-process at the club at the minute is we need to be looking forward on and off the field, and as the first team progress, we need to keep pace with that off the field and show progress.

"It's not only to ensure that we're putting our best foot forward, but to help us attract that next generation, be relevant and current for that generation, while respecting the traditionalists."

Rovers are the latest Super League club to refresh their crest, with Wigan Warriors, Salford Red Devils and Huddersfield Giants all doing likewise recently, and as with many others went to Stuart Watson and his creative agency Nomad for the rebrand.

Fans between the ages of five and 75 were consulted, as were supporters' groups and sponsors, with a clear idea emerging of what many people felt were important features to keep in the redesign.

"People get a bit nervous when you talk about club badges and I get it," Franklin said. "I've been to funerals where people have been draped in the flag and I've seen people have it tattooed on their arm.

"My family still go in the East Stand and I know what it means because I am one of them, and I was equally as apprehensive and nervous about the whole process.

"But we had one group saying it's got to be the shield and it's got to say 'Hull KR' and it has got to retain the three crowns from the city. 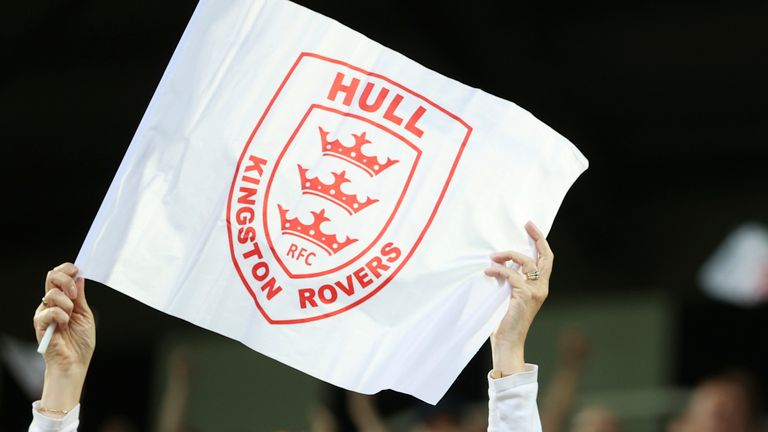 People get a bit nervous when you talk about club badges and I get it. I've been to funerals where people have been draped in the flag and I've seen people have it tattooed on their arm.

"Then the other half were saying let's go with the robin and let's be bold and brave, so we were left with the dilemma of how we keep these two schools of thought happy."

The new design is able to be utilised in a variety of ways, including being able to stand out in an 8mm-by-8mm digital space in a way the traditional one cannot.

A key component of it is how the three crowns representing Rovers' home city have been styled as robins to incorporate Hull KR's long-standing Robins nickname and Franklin is keen to bring it back into prominence.

"It's been an under-used asset, I think," Franklin said. "In the city of Hull, it is Rovers and Hull, but there is a reason the biggest and best sports organisations lean heavily on nicknames and that's because it's marketable.

"One of the medium-to-long-term aspirations for our robin icon is it almost becomes a fashion piece where it doesn't matter that you're not a mad Hull KR fan, you just want to wear it because it just looks cool.

"I'm not saying we're going to get there overnight, but it's a goal and aspiration of mine to grow the brand and venture into new territory."

The new badge is the latest way Hull KR are moving forward off the field, following on from the launch of their Craven Streat fanzone at Hull College Craven Park on matchdays, with plans in place to repurpose it for the winter months when the 2022 season kicks off in February.

Rovers' bid to complete the purchase of their home ground and commence development work is progressing too, while on the field Tony Smith's team are aiming to keep their play-off ambitions alive with a victory at home to Castleford Tigers on Saturday evening, live on Sky Sports. 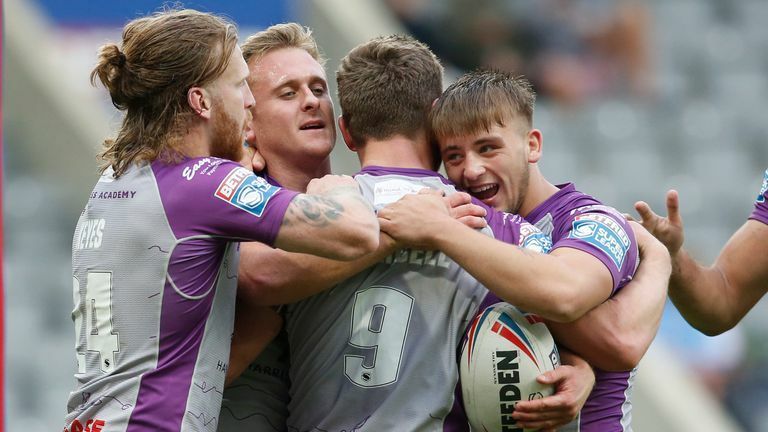 "A year ago, it might have just sounded like words and rhetoric, but I think people can see it's starting to happen on the field," Franklin said. "Off the field, Craven Streat is open - and this is a real thing we've done.

"It's a cliche that actions speak louder than words, but I'd like to think we're starting to demonstrate that and whatever happens on Saturday night, I think it's been a good, solid year of progress on and off the field.

"We certainly feel, internally, it's only the start."